Jim Power and Echoes of a Past Rock Palace

Looking back at the Fillmore East. 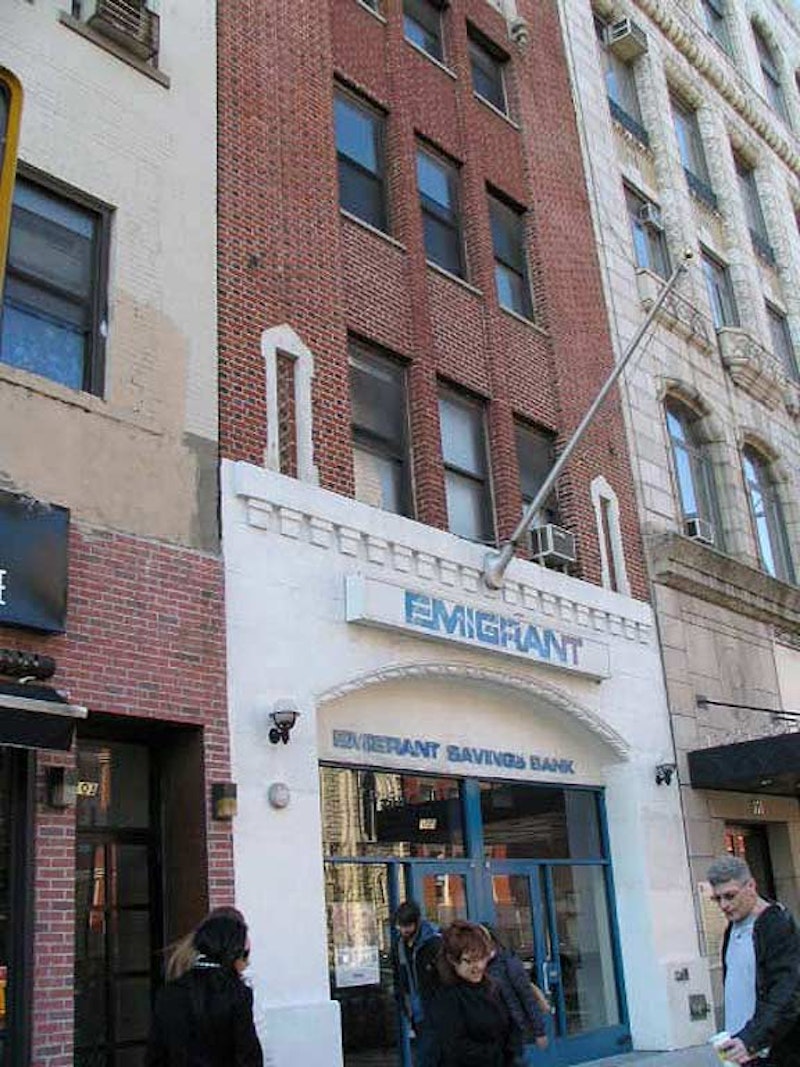 A walk down several streets of the East Village, especially St. Mark’s Place, Cooper Square, 2nd and 3rd Aves., and E. 6th and 7th Sts., and you’ll notice dozens of lampposts whose bases and lower halves are covered with ceramic tile, glass, broken crockery, rhinestones, terra cotta and other small decorative pieces. Some are arranged in patterns that spell out the names of fallen firemen on 9/11; politicians; local landmarks and theaters. They’re the work of Irish-born Vietnam vet Jim Power, who’s been adding this embellishment for over 20 years and has become a beloved East Village institution. 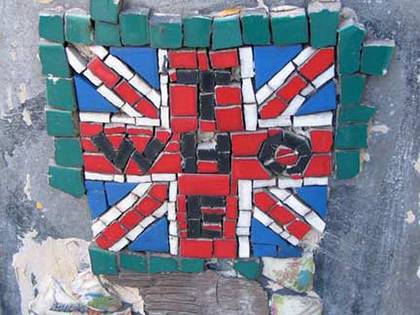 Power’s work is especially necessary at the NW corner of 2nd Ave. and E. 6th St., the site of the 1968-1971 Bill Graham rock palace the Fillmore East. Graham took over the old cinema/Yiddish theatre in early 1968 and presented a roster of acts that to this day reads like a classic rock radio playlist. Just about every big name in rock ‘n’ roll except the Beatles and Stones played the Fillmore (Graham’s west coast counterpart was the Fillmore West in San Francisco.) 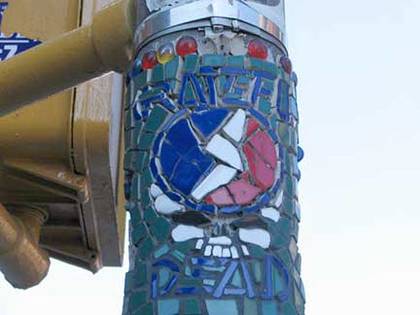 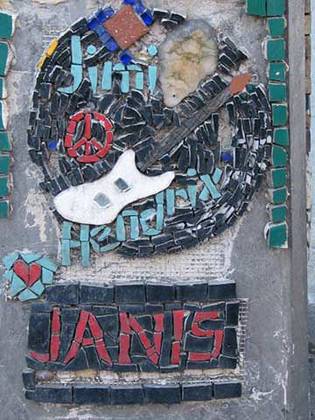 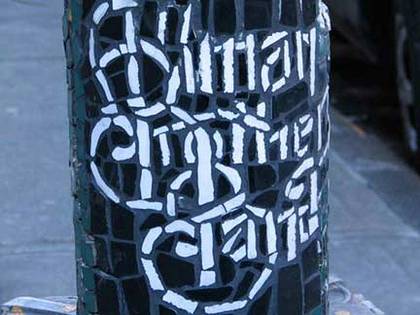 The Fillmore had a capacity of over 3600 seats. The venue was so popular that bands were often double-booked to play two Saturday and Sunday shows apiece, as well as matinees. The Doors, The Who, Quicksilver Messenger Service, The Allman Brothers, Derek and the Dominos, Jimi Hendrix, Country Joe and the Fish, Big Brother and the Holding Company, Lonnie Mack, Humble Pie, Led Zeppelin, Neil Young and Crazy Horse, Pink Floyd, Procol Harum, John Mayall, The Byrds, Jefferson Airplane, Frank Zappa, Miles Davis, and toward the end of the Fillmore’s run, Elton John are just a handful of the big names that played here, as well as lesser-known bands such as Sweetwater, Bloodrock and Zephyr. Numerous live albums were recorded at the Fillmore such as the Allman Brothers’ At Fillmore East, Ladies and Gentlemen: The Grateful Dead: Fillmore East: April 1971, and Frank Zappa and the Mothers of Invention’s Fillmore East—June 1971.

Above: Stub from Lee “Do You Know What I Mean” Michaels‘ Halloween 1970 show.

Also name checked by Powers’ mosaics on the lamppost are Joni Mitchell, the Allman Brothers, Jethro Tull, Carlos Santana, and The Who, whose second appearance on May 16, 1969 was memorable as a fire broke out next door at a Lion Supermarket while the band was on stage. A plainclothes policeman jumped onstage while they were playing to order a building evacuation, but Pete Townshend and Roger Daltrey forcibly removed him, and Townshend was charged with assault; he later paid a fine. A few months later, Pete kicked Abbie Hoffman offstage at the Woodstock festival when Hoffman invaded the stage to decry the incarceration of activist John Sinclair.

In the 1990s and 2000s, Jim Power has continued to build some new creations after the older ones had worn off or been painted over, with permission from the DOT. To date, Power has constructed nearly 100 mosaic murals in the East Village. Much of his work in the Cooper Square area was removed during re-pavings and lamppost replacements, but Power was invited back to install new works.