Crybabies to the side, gangway for Americans! 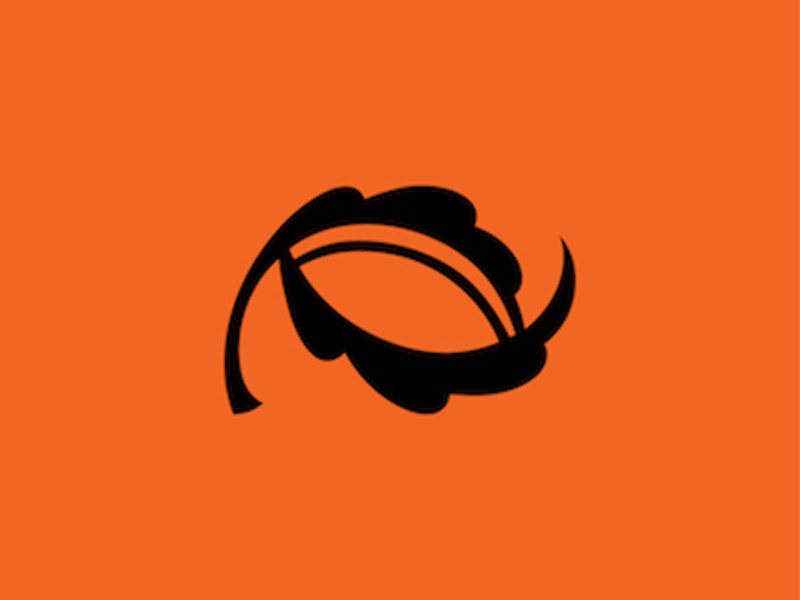 One sultry afternoon in July, in that humble brown attic bedroom, Red Mazzo idly clicked on his AM-clock radio and the top of his head was torn off as the opening bars of "Like a Rolling Stone" erupted from the Motorola's three-inch speaker.

He'd already been following Bob Dylan, initially became aware of him via articles in the weekly news magazines.

When Red first dropped the needle of his crummy phonograph into the groove of side-one track-one of Another Side of Bob Dylan, not really knowing what to expect, he was thrown for a loop. He'd been listening to Top 40 radio since fifth or sixth grade, an era of dance crazes and The Singing Nun, surf-instrumentals and teenage death-ballads, segueing to moptops by the end of seventh grade. But this was different, this was challenging. Supposedly folk music, it bore no semblance to The New Christy Minstrels or Burl Ives. It took some getting adjusted to, his brow furrowed while listening. Yet it gripped an instant traction, sunk its claws deep into his psyche.

Bringing it All Back Home was another gauntlet tossed, doors kicked wide open.

But this new song yanked the bar up a yard or two. He sat at his desk in a breathless religious trance for the six minutes, an unheard of length for a pop song, enthralled by the bitter keen ranting whine, the nasty nasal dissonant scathing screed against God-only-knows-who. After five minutes Red wondered if it’d ever end, wondered if he was in some sort of dream state. He wanted it to last for eternity.

When the song concluded, he went to lie down on his bed, exhausted, stared at the ceiling for an hour or so. Now he knew what he wanted to be when he grew up: a poet.

Better to wither to death as a poet than to triumph as a monarch.

Freshmen year at St. Simon was a big transition for the 14-year-old boys. No longer in the parochial school uniform of white shirt and navy trousers and navy tie, they wore sport coats and neckties of their choice. They were no longer kiddies; they were young men.

And best of all, no nuns. No longer would their knuckles be ruler-rapped with the pent-up fury only a female who's never tasted love can deliver. Nope, the teachers at St. Simon were priests, brothers, and, best of all, a fair number of lay teachers who, to a man, were freshly-minted college grads, younger than parents. Pepsi Generation!

One of them was Mr. Rubino, a husky fella with the energy of a panther. He paced, almost trotted, from one end of the blackboard to the next as he introduced them to World History 101, stopping occasionally to chalk something of importance on the board. The late-September days were still warm, open windows allowing the final breath of faded summer. Frank Rubino strutted in a pale yellow short-sleeved drip-dry tab-collar dress shirt, narrow tie, brown cuffless slacks, white socks, and a pair of Hush Puppies. Topping his olive complexion, a Vitalis pompadour. Hung over his chair, a madras Robert Hall sport jacket. A star on the college football field, he carried himself with a natural grace, a confidence that edged up to cockiness then backed away.

The teens liked him right off the bat, unlike Father Brzklvk, the aged Latvian, an instant laughing stock what with his foreign accent and old world manners. Rare was the student who hadn't done a Father Brzklvk impression, it being as common as Ed Sullivan impressions on The Ed Sullivan Show. That Brzklvk had survived the onslaught wreaked on his tiny village during a couple of world wars only to endure years in a Soviet camp, beaten and starved, meant nothing to the teens, their belching bellies full of Cap'n Crunch in the morning, cafeteria slop after lunch. He was a joke. In Brzklvk's chemistry lab, the lid was off for hijinks; the most legendary was when Karl Druz hooked up a black rubber hose to water faucets and turned them on. Instantly the hose ballooned and shuddered. A kid yelled, "Whoa!" Everyone hit the floor, everyone except Sheldon Silverstein, the lone one paying attention to the old man, burnishing his rep as a brown-noser and teacher's pet.

Hearing the commotion, Father Brzklvk turned from a formula on the board, and said, "Myen! Myen! Vut iss go-ink on? Vie myen on the floor?" Then the hose exploded with a Yellowstone-worthy geyser, spraying far and wide: walls, window bank, drop-ceiling tiles, spritzing Sheldon in the face, Brzklvk in the chest, drenching the black clerical suit.

Rubino, on the other hand, held command over the same boys, pacing the aisles when he wasn't in front of the board. Zipping up one aisle, he came to an abrupt halt at the desk of Patrick French, an aloof and effete kid with a long lock over one eye a la Veronica Lake. Rubino gave him three slightly-too-sharp slaps on the cheek and said, "What's with the elf booties?" Patrick's face burned as he stared angrily ahead. Rubino grabbed the kid's jaw, scrunching Patrick's mouth into a baby mouth, and shifted the kid's head to the left and to the right, to a tick, tock, tick-tock-tick. "Today's Friday. You've got until Monday to come to class wearing shoes, not elf booties. I don't care if you have to get 'em at the Sally Army, but you get 'em, boy."

With that, Rubino barged up the aisle, chin raised, chest puffed. Class got back to business, the boys releasing a collective breath.

After school let out, Jack McVey, Red's best (and only) friend suggested that they hitch a ride into Albany, hack around, hit the record store, whatever. The idea of breaking the law broke a sweat on Red's upper lip, but he lacked the will to resist.

About a quarter mile from campus the two stuck out their thumbs, laughing, enjoying a giddy new freedom as leaves fell. The second or third car to happen along pulled over. The boys sprinted to the brand new white Dodge Dart. To their alarm, the driver was Mr. Rubino.

"Relax guys, get in!" Red climbed to the back, Jack settled in shotgun.

"I used to hitch every day, even in the winter, to get to college. No way I could've afforded a car back then. This is my first car, put the down payment on it after I landed the St. Simon job! My old man’s never owned a car, I'm the first in the family." With that he shoved the car in gear, pulled onto the road, up the ramp to the highway, tooling along just over the speed limit, the Slant-6 purring, his left wrist resting at noon on the wheel, his right hand after a pack of Winstons on the dash, offering a cig to the teens (Jack happily accepting, Red declining) before taking one for himself.

"Yeah, hitching. The thing you need to be wary of is queers. When I was in high school, I got a ride from this guy, he seemed perfectly normal, suit and tie, ballgame on the radio. Then he put his hand on my knee! Fortunately, I wore a hunting knife on my belt. I had it sunk into his hand so fast it took him a second to feel the stab. Then he's slamming on the brakes, car's swerving all over the road, plunges into a ditch. I was thrown right out the door, rolling down an embankment! He's screaming bloody murder, I bolt about 30 yards, the car explodes, goes up in flame. You've never heard an unholy sound like that, the shriek of a man burning to death." Rubino shuddered at the thought, shook his head and said, "It was gusty. I'll never forget it. Man, I just kept running!"

Jack said, "Wow! Holy cow! A few years ago, Red and I were abducted by a couple of teens. But they were just being mean, no homo stuff."

The radio was tuned into the Top 40, "What's New, Pussycat" giving way to a song still holding strong from summer, getting its final licks before retired to the oldies bin, "Like a Rolling Stone."

Rubino barked, "What garbage!" With a fast twist of wrist, the radio was snapped off. Jack squawked, "Hey! That's a great song!"

"Bob Dylan is a poet," Red chimed in from his backseat aerie.

"Bob Dylan is a girl! He's a freak. Disgusting! That's not music! Those punks can't even play their instruments!"

The teens fumed as Frank went on, "You want a real entertainer, try James Brown! I saw The Fabulous Flames in June! What a show! And I was the only white guy in the entire audience. I went with a football pal of mine from college, a Negro, and I'll tell ya, people were very cool. No hassling. Everybody was there for some great music! I think our race problem is just about over, we've rounded the corner. Good as done. Anyhoo, great show, great time, great music!"

Jack squeaked, "Great music?" Silently, Red stewed. James Brown was the world of matching suits, choreographed dance steps and, possibly worst of all, horn sections. How different was it from Establishment music? That corny show-biz charade with the collapsing and the cape was practically Las Vegas fare. Red demanded more of his listening, lyrics that protested the state of the world, a world on the very brink of nuclear annihilation. Feeling compelled to speak up, Red stated, his voice only a little wobbly, "Bob Dylan offers more than mere entertainment. Listen to his lyrics, lines asking how many roads a Negro must walk before he's deemed a man, how many cannonballs must fly before we abolish war... He's today's true Christian!"

"Oh, yes! A song about blowing in the men's room! Great song, if you're a pansy!" With that, Frank waved a limp hand.

"This so-called Bob Dylan is a flash in the pan. In the long haul, Americans carry no truck with extremists, be they Bob Dylan or Barry Goldwater, be they beatniks or Birchers. Just you wait. In a year Johnson will have clobbered the commies in Vietnam and we'll be out. What will a protest singer do with nothing to protest? Gee! He might hafta get a... job! And a haircut! Who knows, he might even take a bath! Hey, if Bob Dylan took a bath, he'd be all washed up!"

Frank stared into the horizon for a bit, then continued, "Furthermore, it is as clear as day that LBJ will easily win a second term. Good times ahead, nothing but good times. Poverty in America will be history. Look at me! My wife and me, our grandparents were off the boat, and we're living in a way our parents could barely dream of. I've got a college degree, a good job! We have a modern apartment, a new car, we've got a baby on the way. I have nothing to protest! Crybabies to the side, gangway for Americans!"

Jack and Red glowered in silence until downtown Albany. The boys hopped out on a busy corner, thanked Mr. Rubino for the lift. As the Dart scooted away, Jack turned to Red and angrily muttered, "Think of all the hate there is in Red China. Then listen to that imbecile." Red chuckled, "He should be made to wear earphones." Hands a-pockets, they shuffled off to the record store, then a bookshop where Red purchased his first volume of Gregory Corso verse, before hitching back to their respective homes in time for dinner, deep in September, the weekend, the rest of autumn, the rest of the school year, the rest of their lives, stretching ahead.