The Quibbits’ are unhappy with Splice Today for sending a writer to profile them. Now they’ve done their own. 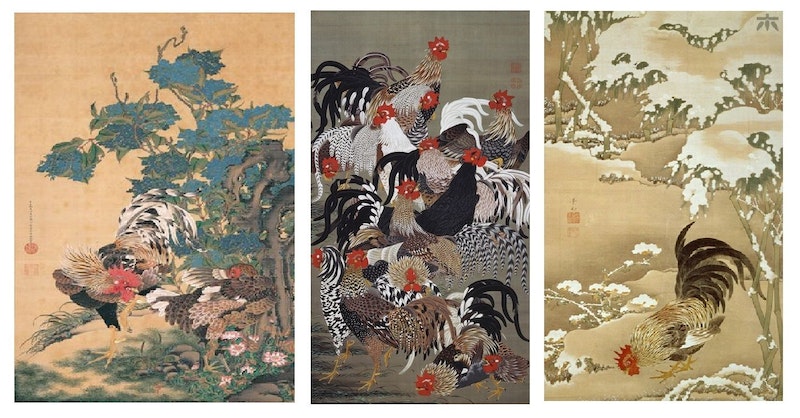 Despite a significant amount of interest from the international avian community, Splice Today has refused to send another writer to our compound in New England to spend any time with us. Nicky Smith stayed with us for three weeks recently and I had a wonderful time. I’m not sure what I wrote about his visit—did I even?—but I know my wife or my cousin (ugh) probably did. In any case, I’m not exactly sure why he left; my memory isn’t what it used to be (perfect). Now I’m merely exceptional. I’m no longer the top of my class, the top of my field, the top of my group—no. I’m merely “one of the best.”

This is enormously upsetting. First, my best work is yet to come. It’s not behind me. That’s a lie propagated by yuppies who were learning Javascript and how to do your taxes while they were high on Windowpane and eventually the fine Colombian. I never begrudged my old friend Donald (Fagen) his lascivious ways or risky habits. We had fun, and there was a very brief period, maybe a week, where Studio 54 was letting in all kinds of wildlife. It was the late-1970s, so Madonna wasn’t even around and Debbie Harry, well, I love her, don’t get me wrong, but… she wasn’t Studio 54 material. As sentient talking birds, we just the fit the description of “fabulous” better than that dead-eyed blonde ever did.

Studio 54 was fun for about five minutes until you realized everyone there saw it as a means and not an end. Everyone in there was trying to get signed, get cast, get high, get head, whatever. They were all in there to get something else. I found this very upsetting. I’m an artist, pure through and through. That’s why I don’t waste my time socializing. I can’t waste a single drop of my precious energies in the act of socializing. It’s why I’ve never been good at “networking” but I have an almost supernatural puppet master ability to bring people together who otherwise would’ve never met. It’s something I’m proud of, and I talk about it when I can.

I don’t like Nicky. I don’t trust him, and whenever I’ve let him into my home, it has usually resulted in some sort of scandal, or my husband being upset for weeks. I don’t like that. I can take criticism and bad press better than him. You have to understand, he’s weak. He didn’t have a mother growing up. He was abandoned early on. What he remembers of her isn’t pleasant. You have to understand that. Now, the last time Nicky was here, he really gave Rooster a hard time about his book or lack thereof.

“You haven’t published anything ever, and I’ve done my research.” What a way to open a visit with friends! This of course was omitted from the final piece. I spur-clawed Nicky and he started crying and talking about lawsuits and his “holdings” that would make our lives “very not good.” He struggled getting up but I didn’t help him. I don’t like people who take advantage of my husband. It’s not right; he’s unwell. Anyway, once we became civilized, I remember our visit going quite well. If Nicky’s refusing to come back up, or if Russ doesn’t want to send anyone, fine. We don’t need you! We have offers for profiles from so many magazines. We don’t even care if they’re going out of business by the time we go to print! I just want a galley copy.

I’ll admit I know nothing about the publishing industry. But isn’t it standard for first-time writers to get a 70/30 split with the publisher? I just think that’s fair, the bare minimum, and I’d love to participate in this wild game we call capitalism even if it means showing off my chicken buns online for gold tokens and treats. What? I’m a vitamin bitch. Everything I say can and will be used against me in a court of law. Might as well get it out now. Nicky failed to bring any snacks last time so unless he promises to bring a full tin of mixed nuts and chocolates I’d rather he just stay put.

Oh, you said he has refused to come? Oh, you’re saying that I was never even consulted on his reluctance to visit? You’re saying I was never consulted for my abilities in persuasion? God! Life as a hen is a forgotten life. One must always remember that sexism extends far into the animal kingdom. The only truly evolved life form is the dolphin, but I don’t want to talk about them, they get too much fucking attention as it is. I’m so very sorry that Splice Today cannot send another writer up to visit us, but I guess that means we’re just too cool for them. Their loss! But yet, the world’s loss, too. In a way, they’re taking not only from us but from the world. Not profiling us is a form of violence when you think about it, and believe you me, I’m thinking about it…

I don’t like when people fight. I put up a big front online and when I write on here but I’m really a big softie. I don’t like conflict; I’m conflict-averse. But my cousin and his wife (a very nice lady, she just has emotional problems) love to start fights. It makes my life very stressful, because I feel pressured to play the part of the fool in their dynamic. I don’t want to disappoint them—after all, they’re the only friends I’ve got. So I go along with their cruelty. Most of the time, it seems harmless enough. But not every time… they were so mean to Nicky. They wouldn’t stop making fun of him and tricking him into walking into holes and eating cyanide cupcakes. “Don’t worry, we have the antidote.” This did not calm him down.

A false poison alarm is one thing, but you can’t let that spoil a perfectly good friendship. What is love without a little danger and death? Believe me, if Nicky actually ate that disgusting looking razorblade cyanide cupcake, we probably could’ve saved him. Really, it would’ve been a PR disaster not only for him but for us and the avian community at large if that article went to print. We can’t have our best and brightest playing games with lethal poisons. And people still don’t trust birds I mean, we’ve just gotten over the whole “bird flu” stigma. Thank God the Chinese are doing the heavy lifting this time around.

All I have to say is that chastity, charity, prudence, and hope never did anyone any harm. Unfortunately, I believe it’s too late for me, a sinner, as I’m condemned to Hell. Of course I don’t know for sure, I’m not dead yet, but a little birdie with some inside connections to the Low Down Fiery Zone told me I’m on the animal shortlist. This is distressing, and it’s the only thing keeping me from eating one of those cyanide cupcakes for breakfast. I must keep living so I can repent and pay for my sins. And I’ll have to stick around for three more lifetimes until I can square up. Such are the moral quests of our time, like so many grains of sand through the hourglass, these are the birds of your life…

Thank you for reading. See? We don’t need anyone to profile us. We do a perfectly fine job of it ourselves.