Miller was a restless whirlwind of contradictions. 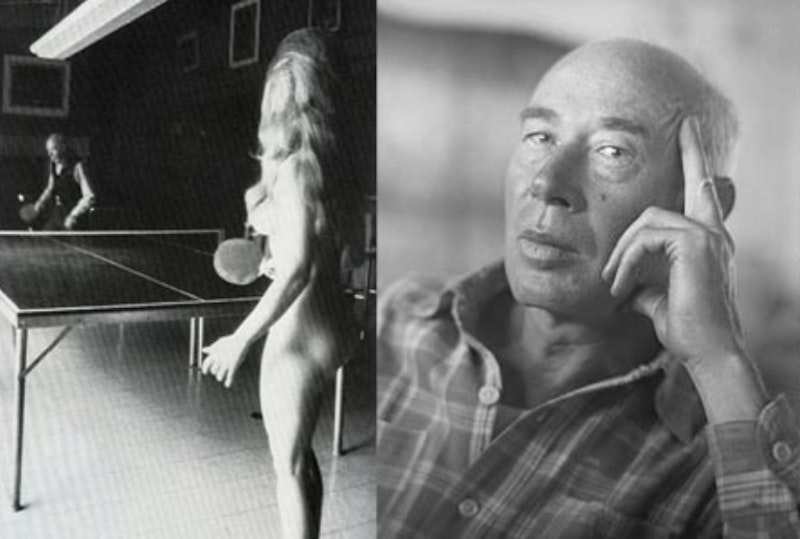 Native Brooklynite, and bon vivant expatriate, Henry Miller did it all. Dreamer par excellence upon gossamer wings and lusty desires. An unorthodox man always searching for new ideals as colorful as his own character. A fresh perspective on the dreary world with a list of titles to rival any great American writer. He was heralded among disenchanted young bohemians who also became citizens of that very world he absorbed into his bloodstream. Unhappy with the American dream’s air conditioned nightmare, Miller became dissatisfied like many others. Then as now too many of the same problems drove free thinkers into road weary travelers searching for freedom. Being poor in a foreign country was a badge of honor and one-way ticket to infamy.

Constantly on the move, packed up to go on a moment’s notice, Henry Miller was a restless whirlwind of contradictions. Toothbrush in pocket, change of socks and underwear plus a typewriter is all that he needed. The Parisian lifestyle of existing on the edge has a rich history. Rambling was always desirable in times of oppression, poverty and war. Until the war comes to your door, being without was the way to go for a writer in perpetual motion. Travelling light in the locomotion of a heavy heart. Hunger’s an understatement when your belly groans; you must poke extra holes in the leather belt that holds up what's left of your dignity. Any needy writer or artist on the road will tell you that a good meal and hot bath are always what’s needed to feel human again. And some cocktails too.

The smile at the foot of the ladder holds up culture’s heavy curtains to expose hypocrisy at large. The ennui of modern times cancelled. Dull nihilism seeks unconventional approaches to modest success while indulging in extreme excess. All the great American novels were never written on the subject of a simple life. Henry Miller loved life, love, beauty, even death and the ugly truth in all its grandiose forms. Seven deadly sins plus a few you haven't heard about like some weird sex merely for the sake of sinning.

Miller believed in other ways of seeing and being in his lust for and zest of love/life. Every dark hideous secret revealed, making all lies useless. A human in conflict with their being. The poet Charles Bukowski was the poor man’s Henry Miller and Miller in turn was a rich man’s Bukowski. Hedonistic literary snobs to the umpteenth degree. A whole new level of self-righteous indignation for the sake of art. It’s not a priority to be a snob for art, yet it persists.

Whether they became rich or poor, pursuing art is without debate. In the last half of their lives achieving a comfortable existence, there’s no dispute they were rich in spirit, with a twisted humor and big hearts for the human ilk. As a poet, I've met some of my personal heroes and sometimes it was a bittersweet disappointment. Not every hero is as super as you imagine. Imperfect anomalies in a perfect world. They could rant and rally about the idiocy of civilized culture but played an intricate part in the dumb human glue that binds us. Neither would be acceptable today for their politically wrong opinions. They lived as they loved, with total abandon and complete surrender.

Miller was an unapologetic lover of beauty, namely women. All types, sizes and colors of women. He was married five times. Exotic, erotic types such as Anais Nin. Nin was a darling of the Dadaist movement and Surrealism. She was a prolific writer and carried on an extensive 20-year correspondence and relationship with Miller although they never married. Miller was like the Playboy founder Hugh Hefner in that he loved to surround himself with beauty in all its forms. Miller never profited from exploiting women as Hefner did. Miller only wrote about sex. He loved women to the point of suffering. He was laid low by love in all its manifestations.

Miller made his life the work of art. He was a firm believer in losing yourself in order to find yourself anew. The poetic derangement of the senses to discover different ways of seeing. From his humble apartment in Quiet Days in Clichy to his rustic cabin in Big Sur and the Oranges of Hieronymus Bosch, Henry Miller made the world his home. He was a naïve American who learned by going and doing.

In a passage from his book The Cosmological Eye, Miller recounts an incident upon his arrival in London. He was detained by the passport agents and thoroughly interrogated. They wanted to know the itinerary for his stay and how much money he had. He had very little money and this made the agents even more inquisitive. They questioned him about his employment. He replied he was a writer and author of Tropic of Cancer. The book was banned for 30 years in America, deemed too pornographic. The agent asked Miller if he was a doctor writing about disease. That’s the nature of art.