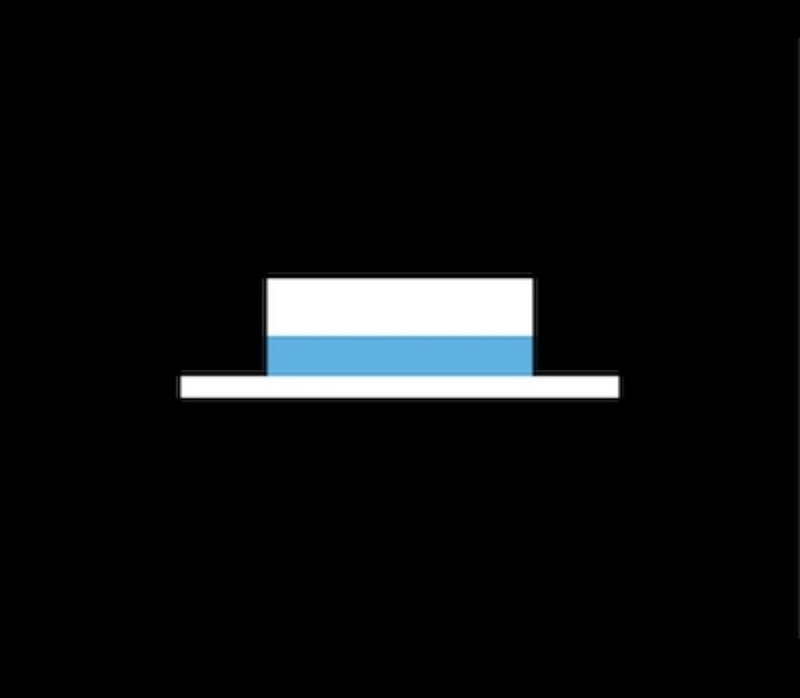 Jamie Jarzabek stood out on campus, even in the relatively conservative environs of the med-school lab where he was a student teacher. Young Mr. Jarzabek was steadfastly clean-cut in a confine that increasingly granted ground to sideburns and sandals. He was the lone man on campus in wingtips and a straw boater, the hat at a rakish angle. When crossing the quad, he’d doff it to random co-eds whom he favored for their beauty. Jamie was well aware that he was marching to his own drummer. He didn't mind. In fact, he banked on it giving him a certain roguish air.

Working in the lab gave him access to all sorts of potions. Just today, he'd pocketed an especially potent sedative, odorless and colorless.

At the Fox Meadow shopping plaza, he mixed the tranquilizer into the ranch dressing at D.W. Raspberry's salad bar. As the lunch-hour rush neared, Jamie made a salad for himself, with oil and vinegar. He sat where he had a view of the salad bar, noted who used ranch dressing, and dawdled until one of them left. Then he hurried to his white Valiant to take in the show.

The elderly lady weaved to her two-tone Rambler. Mrs. Emily Anderson felt as if she were under 30 feet of water. Managing to open the Rambler's door, she fell into the driver seat, shook her head, tried to focus, but of course couldn't. With an effort, Emily fired the ignition and backed out of her parking spot, jerkily. "If I... can just get... home, I'll phone Dr. Blanchard..."

Sitting in his car, fist held to his pursed lips, Jamie observed.

A blue Chevy Impala cruised along at a safe speed, a hausfrau and two kiddies in front. The rear of Emily's Rambler lurched into their shotgun side, pushing the Impala to a curb, then lumbered away. Emily didn't get very far at all. A lamppost seemed to leap into her path. The Rambler's grill caved in, the hood popped open, the radiator a mini geyser. The children, although unhurt, were bawling. Jamie trotted to the scene.

Emily was dazed, and the mom was at her window, red-faced, yelling. Wild-eyed, she turned to Jamie. "Did you see? Did see you what she did! She backed right into us! And didn't stop! My children! She's drunk!"

"No... I... I am so... so terribly.... sorry... I... cannot even..." With that Emily got out of her car, tried to stand but crumpled to the pavement, noon sun beating her pale prostrate figure. Jamie was nauseated at the sight of her splayed legs, her dress hiked well past her septuagenarian knees, the legs like some sort of grotesque map, highways and byways and super-highways and back roads etched in lines of purple against a background of grayish pink. Jamie felt an urge to reposition the body, to pull the hem below the knees.

Instead, he grabbed the mom by her upper arms, just below the shoulders, nodded and said, "Wait right here! I'll get help!" He sprinted to his car, hopped in. Tires squealed as he sped away from the plaza's lot onto the highway. Hands gripping the wheel, he threw his head back, cackled like a rabid jackal. Wingtip to the metal, he skipped onto the first exit, slowed down and cruised Plainville's main thoroughfare, blending in with all that was normal. Turning on the radio, a nice song played, something soothing by The Carpenters. It reminded him of the time last summer when he was at the lake, reading a sci-fi paperback, listening to the radio. A small plane flew overhead and the thrum of its engine was in the same key as the song. It created a very pleasant effect, as if the entire world was in tune, was normal. That's what this Carpenters’ song was like. And that's what Jamie liked about Nixon. Nixon was nice and normal, pleasantly in tune.

Back at the parking lot, Jamie had noticed the Impala's McGovern bumper sticker. Too bad. She'd seemed like a nice lady at first. Blonde. Too bad she was a hippie skank. Her children were probably born with VD, will almost certainly become imbeciles before hitting puberty. Too bad.

A month or so earlier, at another eatery, Jamie spiked all the salad dressing, this go round with Benzedrine. Per usual, he sat back. It might take a while for the drug to really kick in, so he ordered a large meal: a fruit cocktail appetizer, a Salisbury steak, a baked potato, green beans, a slice of apple pie a la mode, and a Coke. He ate with leisure, noting a lady at the salad bar adding a most generous amount of dressing. "Ha ha! She's one of those who gets greedy, wants to get their money's worth. Too bad. She seems nice, normal. Ah well, luck of the draw, out of my hands," he thought while cutting his chopped steak into bite-size pieces.

When the speed hit the woman, it hit her like a tidal wave. "She must have got good dose! Listen to her jabber!"

And jabber she did, at her husband, going on and on, faster, ever faster, pushing her plate off to the side. "I don't have any appetite! Miss! Excuse me! Oh, miss! Would you be so kind as to take my plate away?"

"Honey, you have hardly had more than a few bites! You were famished, you said, almost faint..." Her hubby spoke more to himself than to her. Mrs. Cogswell bolted out of her seat and announced to no one and to everyone, "I've got to move! I've got to walk! Get outdoors! Something! I've got to move!" A man at the counter, nursing a coffee, laughed and answered, "Well, lady, why doncha do just that?"

But she'd already raced past Java Joe, was out the door, down the sidewalk, out of view, while Mr. Cogswell hastily settled the bill by tossing a 20 on the table, then ran after her, confused. On the street he looked this way and that, stopped a pedestrian to ask if he'd seen a crazy woman.

Jamie pulled his first salad bar prank back when he was a senior in high school. That was when he dumped a batch of Ex Lax into salad dressing at a local restaurant, The Olde Coach Grille, and ate while watching the idiots zip to the restrooms, one duffer not quite making it. Man, that was gusty, that was too much. But he didn't so much as smile while witnessing the commotion. He simply continued, stone-faced, with his solitary meal. It wasn't until he'd paid his check, left a dime tip, got into his car, rolled away, that he broke into hysterical laughter, laughing so hard that he had to pull over to the shoulder and sit there, convulsing before he could, finally, catch his breath, could control himself well enough to resume driving. Even then, when he was back on the road, he'd break into laughter afresh, tears blinding him. "Man, oh man, oh Manischewitz..."

After the sedative gag, and after touring Plainville's placid suburbia, Jamie stopped by the lab, handled a little paperwork, chatted up a co-ed, a freshman, cute as the dickens, before heading home to his apartment in West Farm, the concrete highrise, a mile from College Hill. He'd gotten Tina's number, told he'd call her in a day or two, intending to wait a week before doing so. Let her yearn for the call. Frosh are easy pickings, a breeze to manipulate. Too many get wise by sophomore year, alas.

For dinner, he heated a Swanson TV dinner, turkey, and poured a glass of Canada Dry ginger ale, adding a dollop of scotch. He liked the turkey dinners because they reminded him of being a kid, of Thanksgiving, his second favorite holiday. Even though TV dinners came in their own little tin plates, Jamie liked to flip them over onto a china plate. It was a bit of formality, provided a festive touch. Jamie watched CBS Evening News with Walter Cronkite. He found Cronkite relaxing, reassuring, like Jamie's granddad. After dinner he washed the dishes, then he soaked in a tub of hot suds, got in his pajamas and slippers, brushed his teeth, and went back to the TV, a Sylvania console, propped up his tootsies, watched Maude. For the umpteenth time, he found it funny that Mr. Cronkite and Mr. Findlay, Maude's husband, were both named Walter. "Two CBS national shows in a row, lead guy with the same name, a slightly uncommon name. What are the odds of that?" Numbers rolled in his cranium.

After laughs with Maude came an hour of adventure with Hawaii Five-O. Before showtime he poured a big tumbler of scotch, neat, sipped it throughout the program. He leaned forward when the action got intense.

Jamie wasn't fussy about scotch, one brand was as good as another. Whatever was on sale was fine.

He turned in shortly after 9:30. "Wednesday will be busy, will commence early. A good night's sleep will not hurt."

The next morning, at the lab, Jamie hung his boater on the hat rack. He was about to enter his office when he spotted a copy of the day's Plainville Courier on a tabletop. An item on page three caught his eye. He folded the page back and read.

Yesterday's ordeal proved too much for Mrs. Emily Anderson. "Huh. She must've had a bum ticker, one foot in the grave, the other on a banana peel. Too bad. But when you're number is up, your number is up." With that he tossed the paper aside, rolled up his sleeves.

He paused to think, "Someday, my number will be up." Then he thought about numbers, as he was prone to in quiet moments. They were such funny things, numbers. They were abstract, just marks. Yet in the proper hands they glowed with power. He considered how fortunate he was to get a good number, the very best number, number 365, in Nixon's draft lotto. "It was almost as if Nixon was watching out for me." He closed his eyes and saw numbers, lots of numbers: appearing, blinking, disappearing, enlarging, shrinking. Then he opened his eyes and began to tackle his chores in earnest, a lot of work to do today, a thicket in need of a machete.