Tomorrow Is the Question

What is this country coming to? 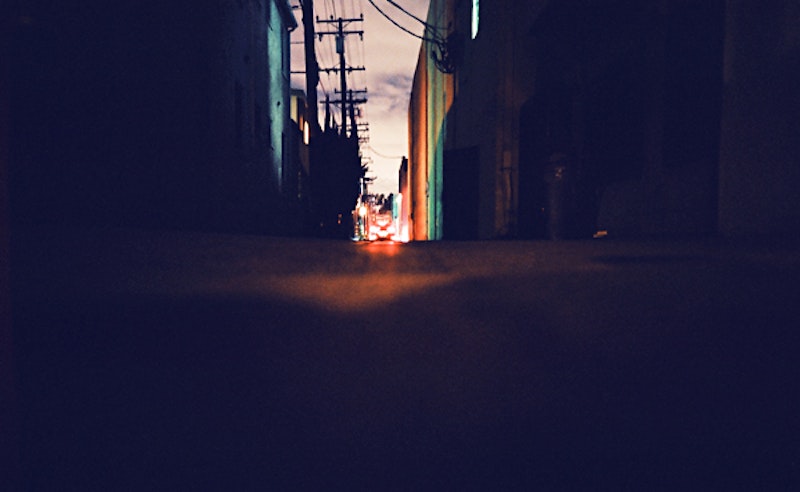 Day and night alike, the parking lot behind the apartment house where I live is preternaturally still. A solemnity defines it and extends to the adjoining lots, yards, and criss-crossing alleyways. The space is never entirely silent—traffic on main streets and soused revelry from passing undergraduates—but these sounds never fully penetrate. It wouldn’t be surprising to discover that this handful of homes and layers of asphalt sit atop some ancient Indian burial ground.

Smoking cigarettes out there at night, by the dumpster, is a very heightened experience; an unhealthy habit that’s intended to relax can’t relax. Why? Because the most innocuous of disturbances—the stirring of leaves or the mischief of a stray cat or someone walking dopey golden retriever—are capable of upsetting the delicate equilibrium. It’s so still that a simple exchange of greetings at what anywhere else would be a typical conversational volume seems almost gratuitous.

Earlier in the week, I ambled out into the clear, warm evening for one last smoke before turning in. I was halfway across our small lot when that particular set of syllables caught my ear, this before I could place the speaker or even presuppose a mental profile. The speaker gave this word a distended syncopation so casually and without vanity that every muscle in me tensed up, the hair on the back of my neck bristled. I lit up. Two people of an indiscriminate age drifted into view; one was a woman, and it became apparent that she’d been the speaker I heard earlier.

They continued on and there was no attempt on their end or mine at acknowledgement. Their exchange—too indistinct to be truly understood—trailed off as they disappeared into the twilight and I felt my body slowly begin to relax. Neither had appeared formidable or confrontational, yet on instinct, I’d been prepared to defend myself physically, if it came down to that.

“Bizarro world” is a phrase I’ve thrown around carelessly of late to characterize the GOP presidential race, but there is for many of us a very different tenor to life in this moment, a brittleness, a tenuousness. The aforementioned, unnamed word has been directed my way very sparingly over the years; this time, it was probably unintentional. Regardless of how America votes in March, I fear that we’re drifting into an age where coarse language, more intentionally directed, will become the norm. It’s not going to be fun.