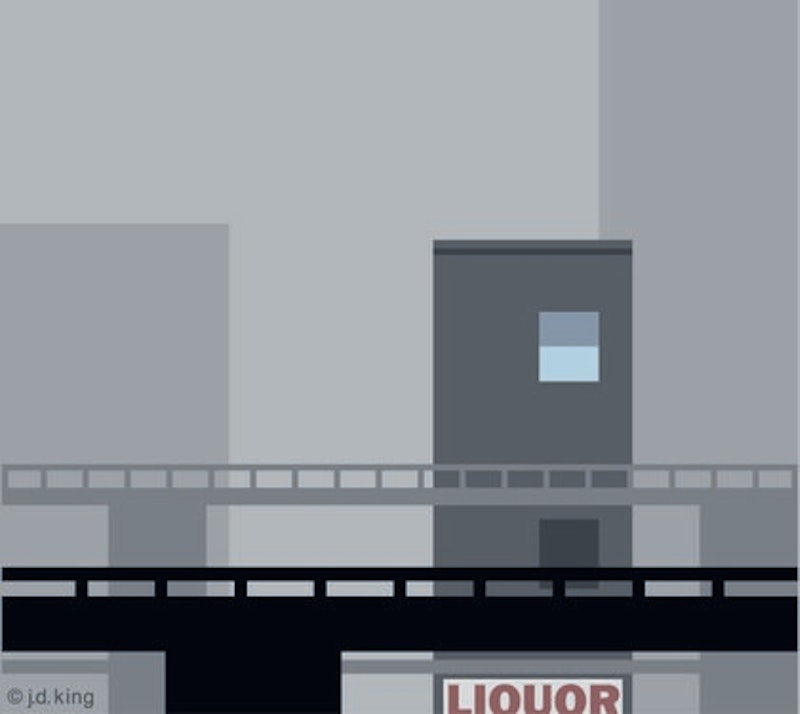 One afternoon, when I was six, I walked into our living room, blinked at the dark, and coolly said to Mum, "When you're happy, I'm sad. And when you're sad, I'm happy."

Lying on the couch, a cold compress to her forehead, she said, "Just shut up!" Then I was sent to my room.

There was no threat of, "Wait until your father gets home!" He was always home, in the attic, the door latched, communing with cobwebs and detritus.

In my room, I grabbed a pad of paper, drew a crude portrait of Mum in green crayon. Then, with a fresh black crayon, I scribbled over it furiously, my tiny left arm possessed, until, panting, I was through, the page a mass of black, the crayon an ebony stub, my knuckles red from the friction against coarse pulp paper.

By the bye, that routine of couch-and-compress? Her favorite "O! How I suffer!" pose. She had several, but that was the most opted for.

Brooks was born seven years after me, an eternity in childhood years. His paternity was always in question. Actually, not so much in question. The milkman had abundant freckles and curly red hair, too.

Brooks was an eternal drag who loved to whine and snivel and cry. One day when I was 12, my friends and I were headed to the flicks, out on the sidewalk, making tracks to town, when Mum called out, forcing me to take him along. "He's your brother!" (Well, sort of, Mumsy.)

It was a sci-fi double-feature, you know the sort: B&W, flimsy budget, flimsy set. And a flimsy script about bug-eye monsters attacking buxom broads until our hero, Steve, saves the day. For openers, they showed a cartoon. Then a corny short, some bald bastard in specs and a bowtie going on about our good friend, Mister Atom. Between mouthfuls of Jujubes and Canada Mints, my friends and I yelled at him:

"You're a sack of rotted-out garbage!"

Seeing the fun, little Brooksie piped up, "You're a monkey!" I turned in my seat and belted him in the stomach, knocked the wind out of the little snot, and hissed, "Just shut up!"

When you're on the Interstate, barreling into a big city, and you see some forlorn tenement—the lone soldier still standing after its block has been leveled by the heavy ammo of a criss-cross of super-highways—have you ever wondered who lives in such a sad place? Who's behind the sooty lace curtain? C'est moi! What can I say? It's cheap. And there's a liquor store on the ground floor.

Today's old Brooksie's birthday. I wonder whatever happened to that guy?