Talia Jane and Stefanie and the Other One

Some thoughts on modern-day writing. 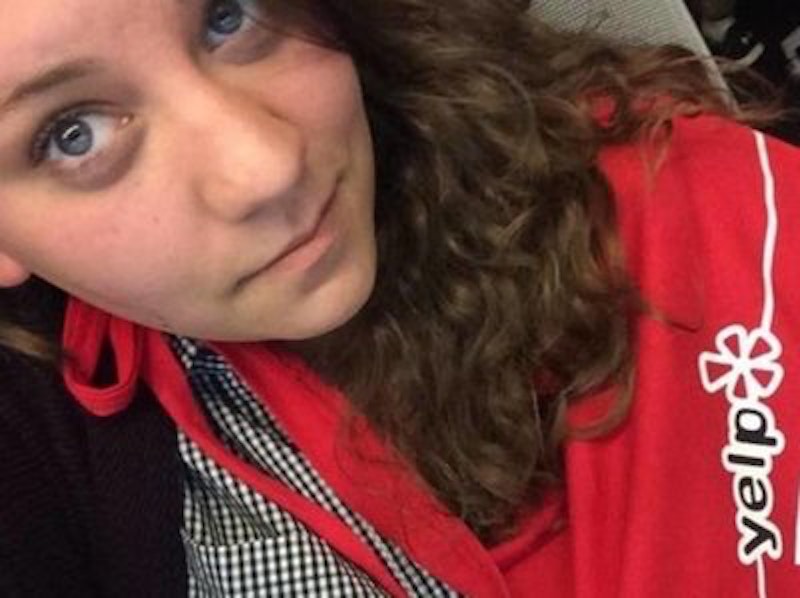 The other day I came across the best explanation I’ve ever seen of Internet writing. Gone now, of course. I suppose it was a Facebook comment. But here’s the gist: writing is the only skilled occupation whose customers really don’t mind unskilled substitutes. If haircuts were done like xoJane pieces, everybody in America would be wearing ski caps. But people read xoJane and respond to what the writers are saying. Which, of course, is the point of writing: to communicate. So what’s the problem? First, it’s tough for professional writers to get underbid by slobs. Still, that the writers’ problem, not everybody else’s. But, second, slob writing makes for a slobbier world. And from here I can’t really build a case by argument. All I can do is point.

A woman named Talia Jane worked for Yelp and didn’t like it. Main problem: Yelp pays its new people shit. It pays very, very little and it’s based in San Francisco, where everything costs a lot. She wrote out her thoughts about this situation and posted them on the Internet, after which she got fired for publicly pissing on her company. A woman named Stefanie didn’t like Talia Jane’s remarks and wrote a response that she posted. Then another woman, Sara Lynn, decided to put Stefanie in her place and posted thoughts of her own. All three of these open letters have been bounced around the Internet and commented on by thousands of people.

The three pieces all sound the same. Here are some samples taken at random:

—“Or is the goal to have these free bleeders who throw money at angry customers to calm them down set the standard for the whole company?”

—“Had you ended your whole whining disdain about full health coverage and expensive copays by saying you had taken a job at Starbucks, or a waitressing job in order to make money while you were on the search for a new job that requires the basic knowledge most teenagers with a Twitter account hold these days, I’d have maybe given you credit.”

—“Dreaming, too, is a privilege denied to many who are in an unstable environment and dream, instead, of distance and survival by any means necessary.”

All that huffing and puffing, all that frenetic disdain, all that horrible syntax. The last specimen is my favorite because the writer (Sara Lynn) actually unsays what she set out to say. Strip the sentence down and you get this: dreaming is denied to those who dream. Which sounds like some French wiseacre trying to trip your head. Yes, you can cross your eyes and imagine what the writer meant. Dreaming about ritzy, cool stuff is out of reach for people who are up against it. Come from a messed-up family with a busted bank account, and all you want to do is get someplace where you have a roof, a full refrigerator and nobody trying to sandbag your life. But she didn’t say that. Not in my homely, just-folks fashion, not in her hand-flapping, look-at-me style. She said dreaming is denied to those who dream.

If you want to catch me out, you’ll notice that I make use of sentence fragments, obscenities and even the occasional bit of wadding (my term for things like “cool stuff” or, for that matter, “things”). But I’m not telling people to be elegant. I’m just looking for the point where informality becomes slobbiness. For example, a writer should keep track of what she’s saying. Sara Lynn didn’t. She was just around, present at the keyboard as she fumed and clucked and her hands banged away. The wrong words showed up and took the wrong formation and she never noticed.

Also, a writer should be aware of how well or badly her sentences read. Here all three of the Internet authors fall down. Worse, their writing isn’t the homely sort that galumphs along until the point has been made. These writers think they’re leading forth show horses. They’re devastating their opponents with displays of high dudgeon, and high dudgeon calls for high style, so… Oh, let Stefanie give you an idea: “It sounds like you’ve hit some real post Haitian earthquake style hard times, so maybe some advice will help while you drink the incredibly expensive bourbon you posted on your Instagram account and eat that bag of rice, which was the only other thing you could afford!” Try saying that aloud.

All three pieces are written this way. So are countless others clogging the Internet. But, and this is painful for me, the pieces work. People get the points being made. No doubt they skim the pieces instead of reading them, but whatever. You don’t have to follow the words; you look at the verbal heaps and spot which direction they’re pointing. The classic case for careful writing is that it prevents sloppy thought. But it doesn’t: consider the soigné sentences and daffy beliefs displayed at National Review Online. The uniformly lousy writing of Stefanie, Talia Jane and Sara Lynn doesn’t reduce them all to the same degree of wrongness. The ineffable Stefanie (“But here I am, having survived my 20’s with some grace and a lot of humility”) is a jackass. Sara Lynn just writes like a jackass; what she has to say, when you adjust for the argle-bargle, sounds pretty decent. As for Talia Jane, that’s between her and other Yelp veterans. But having Sara Lynn on her side is a good sign.

I suppose some old gent in 1975 looked around and reflected that t-shirts and blue jeans did cover the body, so what the hell. But he missed seeing sidewalks that were populated by men in neckties and jackets, not by shaggy-haired parcels wrapped in cheap fabric. All right, I am now that old gent. I miss the old days. I miss prose.