Together We Are Walmart

It's an era of peddling identities. 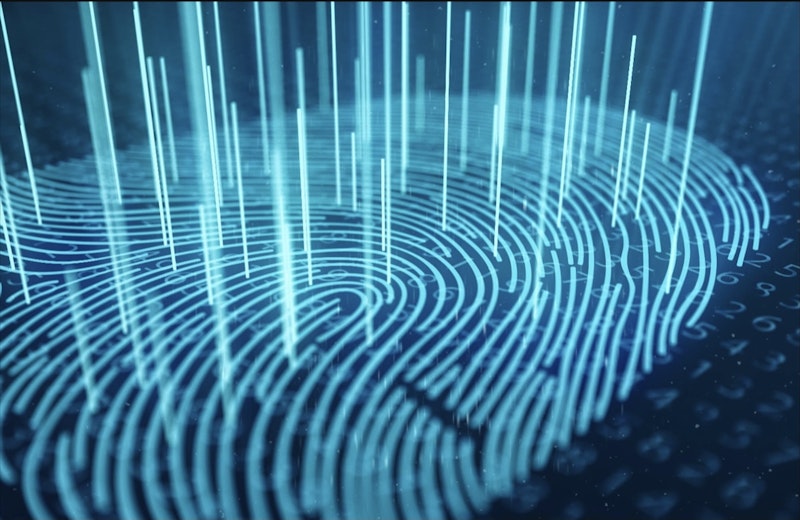 "This" is "who" MSNBC is, who Ford is, who the Home Depot and the National Association of Realtors. "This" is also who your college is, your sub shop, your healthcare system, your bank. For all I know, "this" is who your spouse and kids are, but you'll have to ask them about that. But "this" is definitely not who "we" are as Americans, as Joe Biden and everyone else spent the last five years informing us. Rather, "that" is what it means to be an American.

Every advertisement today seems intent on telling you "who" the company is, even going for "This is not just what we believe, it is Who. We. Are." And every politician will tell you who you are: as a Bostonian, maybe, or an American, or as a true Syrian, Hungarian, Chinese person. It's an era of identities, and more to the point it’s an era of peddling identities. But it's a crisis as well as a commercial opportunity.

Let's say "you" have given "yourself" the task of figuring out who "you" are. What is it that has gone looking for what, and what would "you" do with it if you found it? Maybe your quest could be discharged simply by muttering your name to yourself over and over, as in "I am Crispin Sartwell. I am Crispin Sartwell." No shit. But together, we are Walmart.

If you came to know who you are, what would you have come to know? A list of the persistent features of your personality? I imagine you can produce that already. If you spend all day declaring who you are, on the other hand, I'll quickly draw the conclusion that you're nothing at all. Or I'd recommend this procedure: you’re definitely already who you are, by the same logic that indicates that up is not down, or more precisely that up is not not-up. Shut up and be.

In the 1950s and 60s, people went on road trips looking for themselves, or did psychedelics, or tried to have sex with everybody. They succeeded in changing their look, anyway, but many young hippies realized that they weren’t lying in wait for themselves at Big Sur. Instead, they joined cults who purported to tell them who they were.

A consensus emerged that "wherever you go, there you are": tough luck, you're stuck with yourself. You're already realizing or manifesting yourself every day in every way. You just can't help it. And if you did come up with an account of who you are, it’d be as liable to revision tomorrow as anything else. If you figure out who you are today, you'll have misgivings and have to do it again tomorrow.

It was all futile, and by the 1970s everybody was wearing a Travolta suit, snorting cocaine, and doing the Hustle. That was who they turned out to be until 1981, when they became accountants. But the quest for identity today is different: it’smostly a collective branding exercise.

The question isn’t who you are as a distinctive individual; it's who we are as… a company, a nation, a people, a race. This opens theoretical abysses. It's worth worrying about whether American Realtors, for example, are the sorts of things that all have one personality together, the sort of things that has values and beliefs and commitments. That the National Association of Realtors is a single "who" that might find or express itself: I'm not really seeing it. I imagine there are all sorts of American realtors doing all sorts of things for all sorts of reasons.

And the project of figuring out who we really are as Americans (Cambodians, or whatever), or who I really am qua American (Cambodian, or whatever) fills me with mere irritation, or it would, if the boredom didn't swamp all other feelings. Saying over and over, in the most general and anodyne terms, who we are as Americans, has been Joe Biden's great non-theme, in the campaign and in the presidency.

I suppose it's a way of saying "our opponents are not Americans." And he gives it content like this: "We are people who overcome every obstacle. There is nothing we cannot accomplish if we work together." I guess that's a wish, and a strategy: the idea is that if people believe it, it’ll come true. I doubt it, and I doubt that wishing will make it so, or that self-delusion raises performance level, or that America has or will overcome every obstacle.

This form of "identity politics" goes for the non-stop paradoxes, as in "this" (what we are doing right now) is not "who" is doing it: the logic of that can’t be clarified. In response, I’ll resort to tautologies: We are exactly who we are, as Americans or otherwise. If American people are ransacking the Capitol, that's who they are, qua Americans or whatever else they may be.

It’d be no less plausible for Biden to assert that we’re a nation of opium addicts, a nation of depressives, or a nation of racists. And every time he tells us again how great we already are, I hear him trying to make us great in his own terms: that is, he's telling us how very not-great we are right now. He means just the opposite of what he says. By the same token "this is not who are as Americans" means, very precisely, "this is who we are as Americans."

I find that annoying, useless, and confused. I’ve no idea who I am "as an American," and I can get along nicely without trying to figure that out, or while also holding that it isn’t the sort of thing about which figuring-out is possible.

But it's at least a bit more relevant than being told again who Target or the National Association of Realtors is, deep inside. And straight up, if the NAR, or Biden, or you, are telling me who you are all day, I'm likely to conclude that you seem awfully anxious about a question that I don't even know how to pose, much less address.

I see, in short, that you're worried that you are not anything at all.