Just Turn Off the Noise 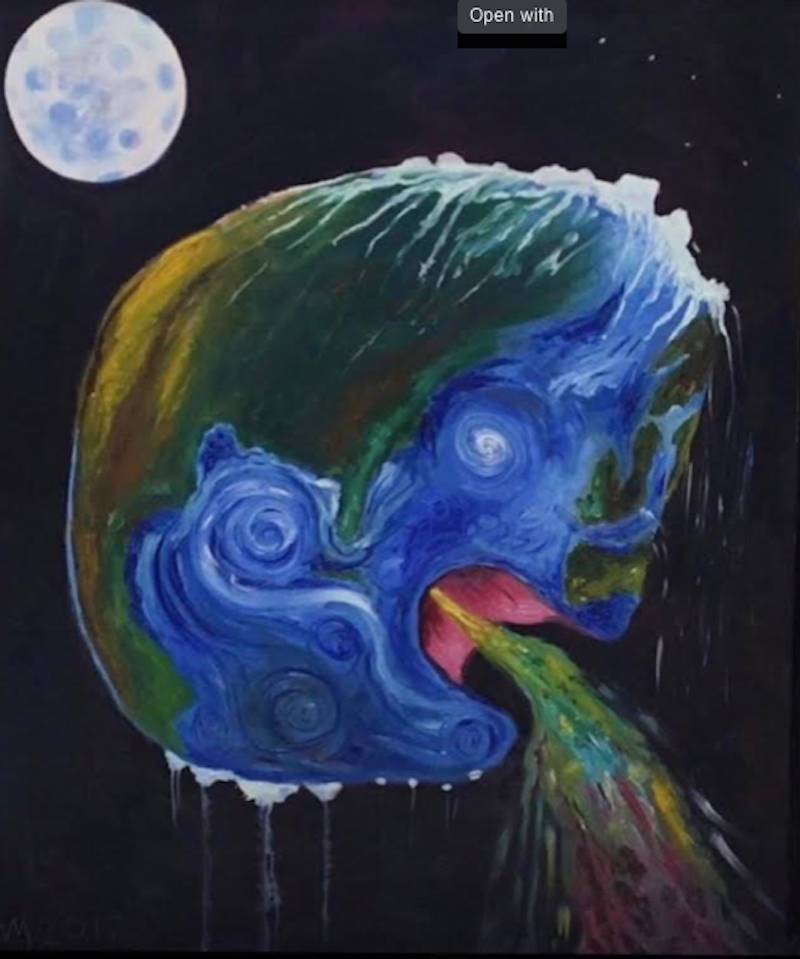 There's no relief for the world and everyone in it. Unfortunately, I got stuck in all that superfluous smegma, phlegm, toe cheese, and dingleberry stuff that clogs up clear thinking. Buried by the debris of mass media, idiotic conspiracy theories, useless regurgitated info, and a gargantuan goulash of recycled news, and altered photo images. The payload of my brain circuits overloaded, blew up and burned out. I allowed entry into my skull for all info. Social interaction and reality are foregone conclusions. Finally, I was sucked into the cluttered world's emptiness of my twisted obsessions, completely obliterated with paranoid, stupid stuff and the resulting fear and anxiety that comes with it.

I became willingly trapped in a trance. The misinformed disinformation output of daily feces saturated me. It's a breeze to get caught up in everything doled out like hot diarrhea, the thin greasy slime of no new news. So are we the unlucky fortunate dupes taken in for the song and dance, fooled yet again? It depends on how you see it.

There's a problem, yet I can't point a middle finger at it. This brings me to the final solution. It's all screwed up. I don't give a damn if it's the four horsemen of the apocalypse that are coming at me. Can it get any better? Stay the hell out of my perimeter, away from the perfect bubble, surrounded by that burning ring of fire I call protection. I've described it in many ways over the years. If it ends in a flash of fire, so be it. There's not a single thing anyone can do about it.

Do you say there's no room for love and compassion? Allowing the drama queens to continue unabetted. Letting little fools with big wallets push us around like mindless robots. Everybody's at a loss, include those geeks that take us all for a ride. Break it up. We don't need it, or you. You, one-percenters could solve some of the world's problems in a few days and still have enough for $40 hotdogs and high-class hookers.

Meanwhile, we vomit up the poison and transmute it. It suits the needs of busy industrialists, corporate lackeys., capitalist cretinism kissing ass, taking the lead from the church-state. So bend over for that mighty American flagpole. Those who promise you the world's melting ice cream on a minuscule sliver of pie. They keep delivering even more awful crap. They tell us they can't afford to do this or that, playing with our money, throw some bones, crumbs, and laugh In our faces.

I squandered precious moments ranting and raving about things that never mattered, getting worked up in a frothy mix. I was butting heads with the intellectually ignorant. We argue over empty promises of rights and freedom. Now, everything is extreme, including the weather, sports, privilege, poverty, and "normal" life. It's a continuous flow of hot air escaping from the gaping holes of old idiots.

I’m stuck in the repetition of the same old news. It's time to break out of my prison of bitching. It's not crucial to keep track of every world event unless it directly relates to your life. So I'm shedding my old skin, a metamorphosis of everything that bugged me. I'm trying to evolve beyond the pale, an existence of accepting it all at face value.

It's easy to turn off all the noise.