The Perils of the “Personal Brand”

To maintain our humanity, we must escape the commodified self. 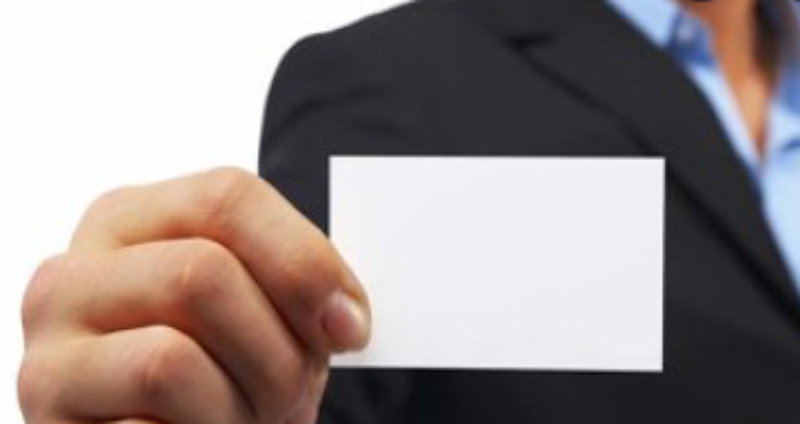 I hate the term “personal brand.”

It’s a dehumanizing, wretched idea that worthless websites espouse to tell people how to orient themselves in the world. It’s the expansion of a legitimate term—professional reputation—beyond the day-to-day activities of the workplace and into every aspect of life. It slashes open the distinctions between work, private friendships, family, hobbies, opinions, interests, fears, allowing the disease of status-seeking narcissism to consume everything. The result is the smashing of the human mosaic, and the melting down of the various inconvenient pieces into the perfectly commodified self.

About 10 years ago, one of my parents got freaked out that a friend of mine said “fuck” on my Facebook wall: “Don’t you know employers look at Facebook!” Having grown up before the Internet was filled with pathetic, joyless hall monitors, my first thought was: “Well, fuck them for caring about Facebook!” What bearing does my friend’s vocabulary have on my fitness for a job? None. In the early-2000s, employers weren’t expected to obtain records of AOL Instant Messenger activity, that was a private, non-work space. But with the advent of non-anonymous social media sites, the line separating on- and off-the-clock activity quickly faded away. Nowadays, so long as your identity is known, you’re on the job 24 hours per day, even if you’re only getting paid for eight of them.

Corporate HR departments, and eventually retail and blue-collar workplaces, started mouthing off nonsense about employing people whose behavior exemplified “the values of the organization.” This gave economic weight to the emergence of the branded self. It also dovetailed with the explosion in service-sector jobs, many of them heavily reliant on reputation and credentials rather than competency or intelligence. And from this set of economic relations emerged the ultimate deadweight loss of modern life: the influencer. The influencer offers nothing to society, produces nothing of value, and creates nothing of interest beyond their parasitic relationship to brands from which they extract perks in exchange for their opinions and reputation.

And from the concept of the influencer, and the potential economic windfall of building one’s brand, we can make some sense of the sick behavior of so many people online. Within almost every cultural space online, and sometimes offline, incentives exist for people to project a fake, radical, and extreme version of themselves. This fake persona allows the branded self to align with similarly fake and sick people to unite under superficial political labels, marginal boutique identities, media fandoms, sexual proclivities, and so on. The potential economic benefits are limited. Only so many people can become high-earning think-piece writers, vloggers, or podcasters. So in lieu of dollars and cents, people can try to generate reputational currency through their ruthless competitive behavior.

This explains why the branded-self acts so swiftly to destroy the life of a transgressor or heretic. There’s clout to be gained and potentially money to be made in making your best friend a pariah. The independent, functional, normal person is no longer a human being, he or she is a mine of raw material to be extracted from and melted down into a market commodity. Failure to capitalize on this opportunity may leave the resource to form the lava that explodes into the volcano that obliterates the entire branding bazaar. Likewise, movies, songs, and books are no longer pieces of art to reflect on and enjoy, but another form of ballast to elevate or destroy to build up that perfect picture of yourself.

It reminds me of the cars at Nascar races, spinning around endlessly, adorned by a series of brand signifiers. Just as the brands have nothing to do with the quality of the car or the talent of the driver, these branded attributes have little to do with genuine humanity. And while there’s a certain thrill to watching people go around the bend, you know what everyone really wants to see: a crash.

And from the commodified, perfectly branded self, this logic leaps into the association between selves—beyond the “marketplace of ideas” on Twitter, into the workplace, and steadily into private life. This explains why major newspapers publish op-eds telling you to cut off problematic members of your family, or “optimize” your post-pandemic social circles. We’re told to “put ourselves out there.”

This goes beyond talents and skills, as these might as well be a liability today. It now encompasses our inborn characteristics, or aspects of us that aren’t even real, but that therapy culture or identity politics have reified into accepted illusions. And it includes our own bodies, not as part of a greater enterprise (e.g., fashion), an illicit in-person activity, or even a dirty movie cranked out by a production company, but an alienated “exchange” between individuals isolated behind screens.

There’s a lonely desperation to it all. This is true of the entire gig- and influencer-based economy, but this aspect brings it into the sharpest relief. At the level of production, it’s the desperation of maintaining commercially appealing iterations of yourself, unsupported by a wider network of rights, bonds, and associations. At the level of consumption, it’s the desperation of willing to pay more and more for less and less (e.g., paying thousands for video clips and DMs that would have been better spent on one night with an escort).

It’s the invasion of the most ruthless, base market logic into all areas of life. And this logic has permeated the realm of self-styled radicals as well. Why do you think these self-appointed saviors of humanity have so much contempt for the ideals of citizenship, family loyalties, and personal dignity? It gets in the way of competitive differentiation! Universalism, national solidarity, sticking up for your loved ones in good times and bad? Those are old SKUs, we retired them ages ago, you can’t even sell them from the bargain bin! It’s why the family must be destroyed, the nation-state undermined, and notions of dignity rendered as suspect and potentially bigoted. And it explains why this cadre is so often cut from the cloth of upper-middle class (usually white, and conspicuously WASPy) suburban households. They have the least to lose if their project succeeds.

The best things in life should be free, unbound to the demands of the market. The family should be a sacred sphere walled off from the world of supply, demand, value, and extraction. Friendship should be joined into and maintained freely by all parties. In high school I took my friendships a la carte, if someone from one group didn’t like my friend from another, they could go to hell. And at its best, sex shouldn’t be cheapened by money — either between the most committed partners, or the most spontaneous flings (two weeks, two days, right after lunch, whatever works).

This isn’t a matter of returning to old stigmas or tinkering with laws and statutes, but with attitudes and incentives. Markets respond, rise, and fall due to shifts in demand. And while demand is subject to material necessity, it can also be sensitive to reputational pressure. There’s a demand for more Marvel movies, but no one needs more Marvel movies. The machinery of personal branding and self-commodification must be turned against itself.

How? Our affliction boils down to the self, so that’s the best place to start. Remove yourself from the inventory. Reject the modernity of 2021, embrace the tradition of 2004. Never post anything on a platform that requires your real name. Use them only for DMs, groups, and discreet networking. Don’t become someone’s raw material. Professional reputation-building is good, so put your work, skills, and talents on the shelf. But keep everything else sealed off. That’s one less available product, one less advertising opportunity, one less reason for buyers to shop at the worst store ever. And if we can make this an economically viable way to frame public engagement, perhaps one day we can just condemn the entire complex—a haunted place that teenagers can dare each other to go near on Halloween, without being fired for it.