We See You, We Hear You

A reporter gets an up-close look at the bleak situation on the ground in Anytown. 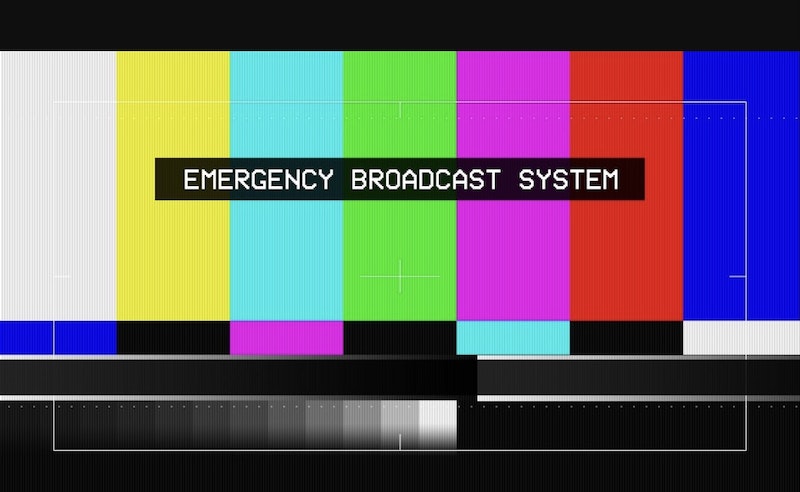 The air was thick with clouds of big black flies and their loud, ceaseless buzzing, the oppressive smell of lingering death. Buzzards swooped down from their positions circling high above to fight the rats for what was left of the moistest, choicest morsels—most of the eye sockets of the dead had long since been sucked clean of the sweet sclerae that had liquefied there, so now they were pecking and gnawing away at existing pre- and postmortem wounds that had left soft tissue and organs partly exposed.

Anytown Journal of Affairs ace reporter Rance Hartley held a rag before his face even while he tried to steal drags from a crumpled, crooked cigarette, wading through the apocalyptic mounds of sun-bloated corpses with a thousand-yard stare. “You! You there!” the hard-nosed journalist shouted at someone lingering near a storefront. “What the hell happened here?” he barked through a fog of smoke.

The young man looked nervously back at him, shifting from one foot to the other a few times before taking off in the other direction at a sprint. A gunshot rang out, then another, shattering the glass outer door of the store in front of which he’d been loitering. Hartley ducked for cover instinctively—muscle memory from the War—taking cover near the front wheel well of a disabled car’s driver side. The veteran newsman heard several quick footsteps approaching, accompanied by short, rapid breaths.

“Come back here, you son of a—” another shout, very close.

Rance held his breath, turned round and lowered his body carefully to the pavement, peering beneath the vehicle’s chassis and between its back tires to see another young man, this one clutching an arm full of personal hygiene products, running frantically up the sidewalk, glancing back over his shoulder sporadically before shrinking and ultimately disappearing in the distance.

“Goddamn it all anyway!” the same voice from seconds earlier shouted before a loud, resonant metallic clang. “Ouch,” it then groaned more softly.

Hartley stood up slowly, raising his hands above his head, his face shriveling in disgust at the now unfiltered stench of death that filled his nostrils and indeed seemingly every other orifice, seemed even to have taken up residence in the deepest recesses of his lungs. “Ex… excuse me,” he choked out with some effort.

The source of the cries, groan and—most pressingly at the moment, for Rance—gunshots, turned with a start and raised his .38 snub-nose shakily. “Just you stay back, fella… already plugged one’a these bastards… ain’t afraid to fill your guts full’a lead either, mister.”

“I don’t…” Rance stumbled as he moved slowly around to the front of the car, “Want any trouble. I promise you I’m not lookin’ for any trouble.”

The man—older, squat, a shopkeeper with a horseshoe of salt-and-pepper hair and a moustache, shirt soaked through with sweat—swallowed with apparent difficulty. “Well…well ya sure picked a helluva place not ta look for it, then!”

“Whaddaya been livin’ under a rock since last night?” the shopkeeper asked, as slathered in incredulity as he was in sweat.

Rance’s hangover came flooding back at the words “last night,” and he briefly thought he would puke right then and there. Beating back the bile in his throat, he shrugged a little. “Er, yeah, somethin’ like that. So what is it? What’s the score here?”

The shopkeeper explained that, at some point last night, people’s eyeballs had exploded or melted right there in their skulls, their eardrums had burst. It had been something to do with some show The Man with the Gold Car had been on, he’d heard, to start off with, then the news had played the footage or the audio—something—and a lot more people started dropping dead, just like that. “That was this mornin’, I think. Hard to say. Alls I know is my buddy Dwayne—he’s a customer, comes into my store for ta cool off and chew the fat, ya know, we was talkin’ like usual—he’s the one told me ‘bout last night, said he heard somethin’ from a cop pal’a his, an’ then… well, what you see here. I been try’na close up an’ get home but these animals are bustin’ in windows an’ grabbin’ everything! I leave now I can kiss it all goodbye, don’cha know…”

He was exasperated and looked it, Rance thought. The reporter made to light another smoke, then paused to gesture as to whether it was okay to put his hands down. The shopkeeper nodded and sighed, “Guess if you was gonna try somethin’ ya woulda done it by now. Only just don’t, you know, get any ideas…”

“I won’t. Smoke?” Hartley offered. The shopkeeper shook him off and so after a deep, restorative drag, the hard-boiled “journo” wondered, “Hell’re the cops? You call ‘em? Seen any of ‘em? You said your buddy…?”

“‘Call?’ What ‘call?’” the shopkeeper scoffed. “Phones’ve been out since this mornin’. All the stations—the TV and the radio both—well, they’re just playin’ some message, you know, on repeat.”

Rance perked up at that. “Have you got a TV or a radio in your shop?”

Rance nodded quickly and cut in, “I know, I know, it’s probably nothing much, but I haven’t heard it yet. Would you mind? Please?”

The store owner threw up his hands in further bewilderment. “Sure, why not!” he said with an exaggerated eye roll and another upward thrust of his arms.

Rance followed him into the store, which looked like a hurricane had blown through, knocking over the majority of its shelves and damaging or ruining the bulk of its merchandise. The shopkeeper made a little quip about “the mess” but sounded more bitter and depressed than jocular in doing so.

“There’s the little rat bastard… got more than ya bargained for, huh?” the older man remarked venomously, kicking a blood-spattered white sneaker that jutted out from one of the aisles the two passed. When it didn’t move reflexively in response and merely tipped lazily in the other direction, Rance knew he needn’t bother checking to confirm if its owner was dead.

The pair reached the door that led behind the counter, and the shopkeeper produced a big, crowded keyring with whose complexities he was obviously well-acquainted, finding the key he wanted more or less at once. He gave Rance a brief, wary glance before pushing open the thick wooden door. Once both men were through it, he locked it without hesitation.

The area behind the counter was something like a bunker—very narrow, an elevated floor that also made the vertical space cramped, with a wall-shelf stocked with cigarettes, dick pills, scratch tickets and such, and the counter space cluttered with various other items either too dubious in their legality, too prone to being shoplifted or both to be stored anywhere else. The area was basically hermetically sealed with thick, maybe bulletproof glass, save for a roughly 12”x18” square through which the clerk and customers would interact. The shopkeeper glanced through this opening briefly, then took a seat on a stool, sounding as if he were deflating in the process.

“Take your pick, pally, got a TV an’ a radio right there,” he gestured wearily with the little blue steel revolver which seemed to be attached for perpetuity to his right hand. “I can see the whole store from right here, but they can’t see me. ‘Less I want ‘em to,” he said with a certain amount of pride. Or perhaps he was just reassuring himself.

“There’s no cable or nothin’,” the shopkeeper pointed out, stating the obvious.

The channel came into focus: a green screen with some grayish-white text that read “EMERGENCY BROADCAST SYSTEM—ALERT.” Beeping in loud, shrill fashion, followed by a message urging listeners to remain calm and stay tuned to this station for information on an ongoing emergency. Then the green screen disappeared, replaced by a big wooden podium standing before a backdrop of the state flag. Ambient noise rounded out the new scene.

“This it, or is it new?” Rance asked, lighting another cigarette with his dwindling stub.

The shopkeeper leaned forward and squinted. Upon seeing Governor John “Jack” Tidwell walk on stage he made a face. “Bah! Same old crap.”

Rance turned up the volume a little.

“Good afternoon. Citizens of Anytown—friends—Governor Tidwell here—Jack—and I want you to know… it’s very important that you folks know… we see you. We hear you. You are not alone in this. We’ll get through it together. Please stay tuned to your local stations for important updates on this emergency situation. Thank you very much.”