Time for Helicopter Parents to Land

All this harping about “too much homework” gives me a headache. 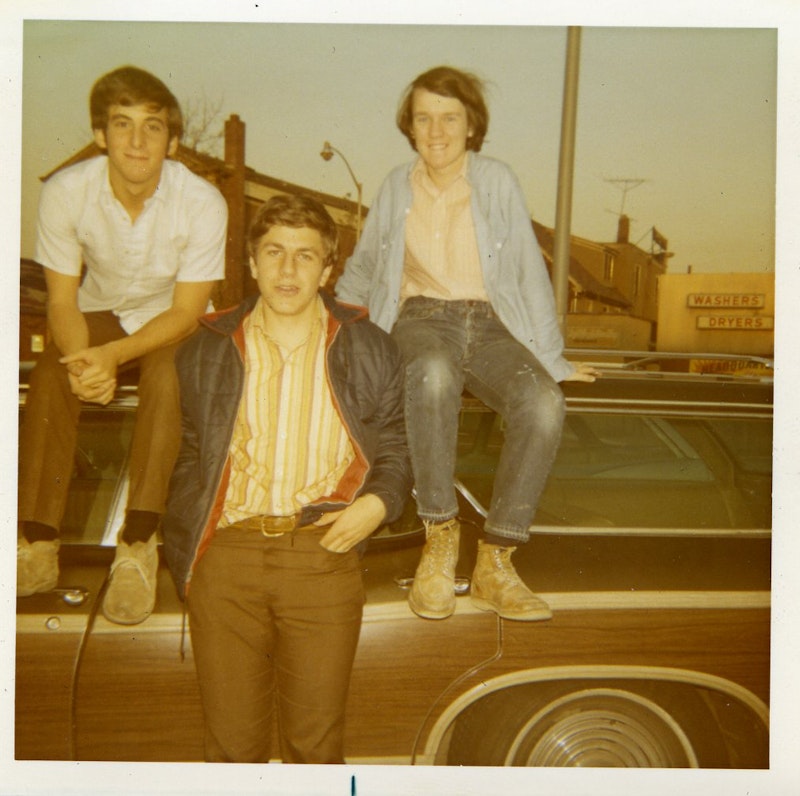 Now, here’s a startling revelation: kids, especially those at competitive middle and high schools, are assigned a lot of homework! As a rule, I’ve ignored the noisome subject of “helicopter parents,” mainly because the endless conversations, one-minute television segments and articles about this modern-day way of life—usually confined to the affluent—is a lot of hot air. That’s not to say this trend (phenomenon is too fancy a word for such a mundane topic; fad not quite accurate) doesn’t exist: it does, as any dad or mom who’s attended a little league game or parents’ night at school can verify. But so what? It’s part of current American culture, and I suspect will fade away, much like the “Generation Gap” did decades ago.

But upon reading The Atlantic’s October issue the other day, Karl Taro Greenfeld’s essay, “My Daughter’s Homework Is Killing Me,” put me in a stew. Probably shouldn’t have even cracked open the much-diminished monthly, but the story had a teaser on the cover and as the father of two boys who’ve mercifully competed their high school education, it piqued my curiosity.

Briefly, Greenfeld’s daughter Esmee, an eighth-grader at a “selective” Manhattan public school, receives, on average, “three or four hours of homework a night and six and a half hours of sleep.” Greenfeld, no doubt thinking this would be a nifty topic for an article, decided to do his daughter’s homework for a week. (In conjunction with her, a tag-team effort.) Not my idea of time well spent, but then he had a paycheck dangling in front of him.

And guess what? Greenfeld was astonished not only at the volume of work, but how difficult it was—algebra, earth science, humanities, reading Angela’s Ashes, and so forth—at least for a guy who hasn’t been in school for 25 years. He didn’t fare all that well, and also ran into technical problems one night when Esmee needed hard copy of a study guide on John D. Rockefeller and monopolies, and the family’s printer was on the fritz. Which meant borrowing one from a neighbor, downloading software, a half hour killed and a real “woe is me” moment.

Greenfeld’s friends are also aghast at this intolerable situation, a “ritual” when they gather around “kitchen islands” to kvetch about schools. He writes: “[I]magine if after putting in a full day at the office—and school is pretty much what our children do for a job—you had to come and do another four or so hours of office work. Monday through Friday… If your job required that kind of work after work, how long would you last?”

I think lawyers, doctors, small-business owners, financial workers and anyone else who toils for more than 60 hours a week would scoff at such a statement, but we’ll let that choice example of Greenfeld’s myopia slide.

My younger son just finished high school at a “competitive” institution in Baltimore and brought home reams of homework; he didn’t care for it, and until he got a driver’s license had to wake up at six a.m. to catch the bus, but didn’t complain all that much. On a few occasions, he asked for my help on essays—I was useless in other subjects, save history—but inevitably my minimal contributions didn’t meet the standards of his brilliant teachers. I guess I agree with Greenfeld that it was his “job,” but it was a pretty cushy one compared to the millions of teenagers who go straight from school to taking orders at a fast-food joint. And yes, the collegiate rat race is daunting, but that’s the way we live today. Frankly, what burns me far more than the homework my kids were assigned, is that the moment they graduated I was inundated with fund-raising letters.

Besides, as I recall, as a student back in the late 1960s and early 1970s, I didn’t come home and watch the tube all night. At Simpson Jr. High and Huntington High, decent public schools, I usually had several hours of homework a night, and did it since the only ticket to a good college and chance at a scholarship meant racking up as many A’s as possible. That’s not to say I didn’t hit the books immediately after classes: there were touch football games in the neighborhood, maybe hacking around downtown for an hour or so, but let’s remember the children of my generation didn’t have the procrastination escapes of the Internet, video games and texting non-stop. Once I got to college it was a different story: I didn’t really care about grades, not planning on grad school, so I went the George Bush/John Kerry route and got mostly C’s. And had a lot of fun in the bargain.

In any case, I just don’t have the patience for parents who complain that Little Precious is overworked, left off the varsity team, or snubbed for a college resume-padding internship. My own parents, who, after grudgingly attending countless PTA meetings and guidance counselor sessions for my four older brothers, were tuckered out and just assumed I’d get the homework done. My dad helped me with math once or twice in seventh grade, but mostly it was a half-hearted, “Did you do all your homework, Rusty?” I’d bet that 20 years from now, when well-to-do teenagers have their own children, the helicopter will be dusty and they’ll let the kids be kids.