Banning books in public libraries is only the tip of the iceberg. 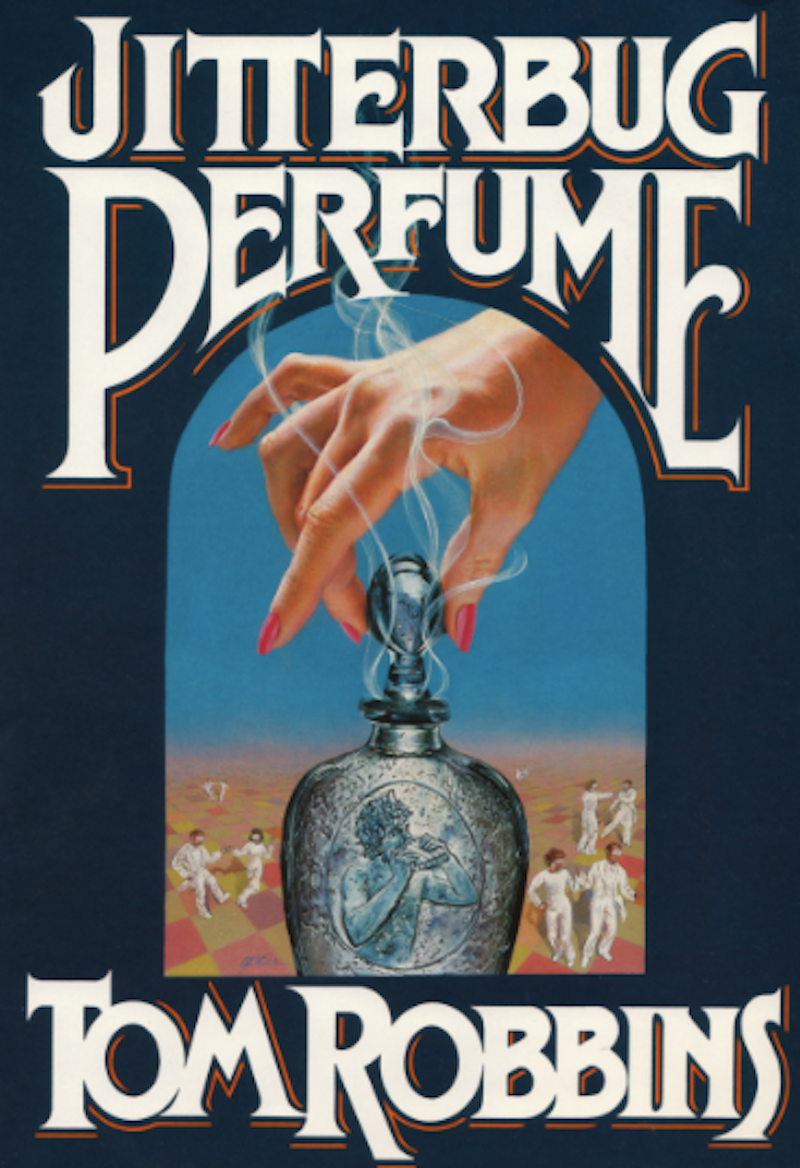 Thank you so much for proposing HR 2044. I'm sorry more people didn't vote for it. I would’ve voted for it.

Most public libraries have virtually no parental supervision helping them decide which books they check out to whom. All kinds of books—including ones that don't have any redeeming value in the eyes of volunteer oversight committee members—are placed on shelves where minors can freely access them. For example, when I was very young, I checked out Jitterbug Perfume by Tom Robbins from the public library. I didn't learn anything of value from reading it, since it's full of totally ludicrous "events" that the author made up. (I'm serious—almost nothing that happens in the novel actually happened to anyone.)

However, in addition to deceptions and tall tales, Jitterbug Perfume was also rife with scurrilous claims that warped and injured my fragile young mind. Take this line, for example: "A sense of humor is superior... to any religion yet devised." I was made susceptible to these philosophical interpolations by Robbins' descriptions of sex, which were frequent and cheerful. Although my school had tried to teach abstinence, those efforts were pointless, thanks to our public library's giant collection of immoral texts (many of which had only minimal scientific value). It began to seem, thanks to all the reading I was doing, as if the only people who really practiced sincere abstinence were married adults.

Now, a sense of humor may be superior to faiths practiced by infidels and heathens, but it’s not superior to Christianity, or the Bible. The Bible is funny already. It can’t be supervened by some scoundrel's witticisms. For instance, it has a "song" in it that contains nudity, sexuality, sexual conduct, sexual excitement, and explicit references to pomegranates and myrrh. It's as if the authors knew that good people like us would try to ban prurient descriptions of things, in public libraries, and so they put lines like this in a book authorized by God that we can't possibly ban: "A bundle of myrrh is my well-beloved unto me; he shall lie all night betwixt my breasts." Or, a little later, "his fruit was sweet to my taste... he feedeth among the lilies." Unless God is trying to say that this "beloved" man actually eats lilies, which doesn't sound healthy, and that he’s made out of actual fruit... well, honestly, Mr. Baker, this reads like a raw description of sexual acts, ones that are hardly covered at all by Solomon's gauzy, transparent metaphors. And, in that case, it really begins to feel as if the joke's on us.

We could fix a lot of these problems by revising the Bible to make it more appropriate for young readers. Instead of saying that Eve and Adam discovered, upon eating the fruit of the tree of knowledge, that they were naked, the verse could read "Adam and Eve found that they were not fully dressed yet." See what I mean? With just a little alteration, the Genesis story fairly brims with good moral examples, and age-appropriate role modeling, aside from one teensy other part about fratricide that I don't know how to fix.

Furthermore, the prevalence of sadomasochistic abuse in works of literature available to youngsters really concerns me. You know what I'm saying—I mean, just name one recent work of "YA" literature that doesn't emphasize sadomasochistic abuse. That's undoubtedly why your law pointed its finger at such material, specifically—so that we keep it far away from youngsters.

Now Mr. Baker, you would probably know more than me about which books contain the most extreme depictions of sadomasochism. But I'd imagine such prohibitions would include banning Harry Potter and the Order of the Phoenix (the "Black Quill" subplot), Matilda by Roald Dahl, Educated by Tara Westover, and so on. You’ll notice that all of these books are about schools and education, and all of them contain explicit scenes of sadomasochistic abuse. It's sad to observe that the very authors who are doing the most to drive schoolchildren insane are seemingly the ones most interested in the topic of education. These are the final, decadent shudders of our once-great civilization, are they not?

It seems that your proposed law was inspired by your concerns about "drag queen story hours" at public libraries, where people of one gender, dressed as another, were allowed to read books to unsuspecting children. This is a typical example of a liberal agenda perverting an innocent reading activity to advance its own pet abomination—namely, upending traditional values about sexuality and gender identity. Children are easily confused by non-traditional sexual behavior, and should be in the company of men and women who conform—to our satisfaction—to the gender identities we expect the children to adopt when they get older. Readers who identify like they will identify. Readers who make the same amount of money as our local parents make. Readers who look, physically, identical to the children, in terms of race and so forth. Who practice the same Christian faith. Who avoid reading filthy, sadomasochistic works for prurient thrills.

But here's the problem, Mr. Baker: a lot of employees in our public libraries aren’t in total conformity with our common-sense ideas about what’s proper. So until we find a way of only hiring librarians who toe the line of absolute moral deference to us, things like this "drag queen reading hour" are bound to keep cropping up and disturbing our formerly tranquil communities. Making it a crime for librarians to disobey the dictates of local mobs is certainly a step in the right direction. But it's not enough. Some people are, simply because they're different from us and hold different beliefs, crimes—in and of themselves. Crimes that are perpetrated by our libraries, against our children. That was, I believe, your point about those dangerous readers in drag.

Ultimately, a lot more has to be done. Banning books in public libraries is only the tip of the iceberg. I believe you're the man we need, Mr. Baker. The most pressing issue, right now, are all the public libraries in the great state of Missouri that want to hold some kind of event to celebrate Dr. Martin Luther King, Jr.'s life and work. Can't we do something? Isn't there some way to stop them?

Do not despair, Mr. Baker, no matter how many people criticize you, wielding the Constitution of the United States for their own sordid ends. You and I know that any text we put out of a child's reach today, we can scour from all bookshelves tomorrow, whether public or private. The day is coming when we shall chase these booklenders from their temples. I have prayed for you that your faith should not fail.