The “Death” and Glory of the Humanities 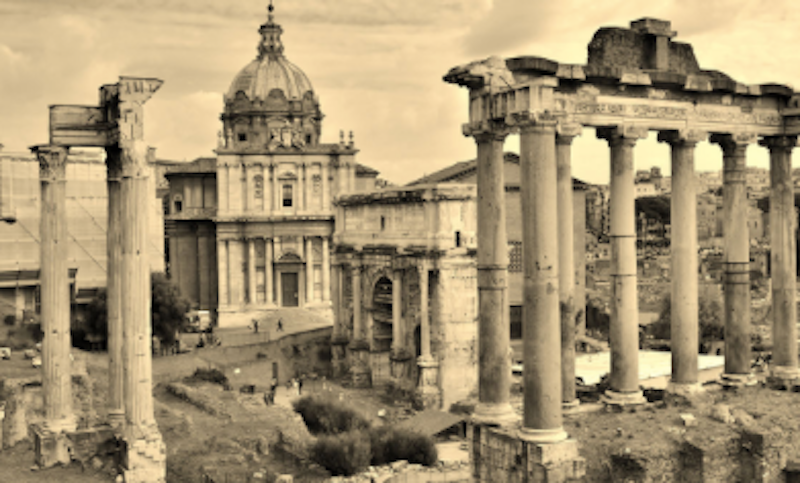 The “death of the humanities” in academia is the “hot topic” in certain quarters this week, if only because Ross Douthat wrote about it in a recent New York Times column.

In my younger days I had much invested in the study of the humanities. I was an English major in college and at one point thought about pursuing a PhD in the field. The thought of becoming an expert in Victorian poetry, hard as it is for me now to believe, stirred my imagination. But then I made the decision to go to law school instead. And wisely so. My membership in the Indiana bar is responsible for my ability to bring in a small, but given my modest needs significant income as a part-time drafter of wills and parser of documents, among other things.

Anyway, I now read in Douthat and elsewhere that the whole humanities enterprise in our institutions of higher learning is going belly up. To be sure, I’ve read reports about this just-around-the-corner catastrophe for at least 30 years. But the catastrophists lately seem to have the goods. Enrollments in humanities departments have been plummeting. The academic humanities are, as the Chronicle of Higher Educationtells us, in their “endgame.”

Putting on my Nostradamus hat, I predict they won’t be dead for long. The subject of their study—what used to be called, and unsmirkingly, “the canon”—will turn out to be too appealing to too many people for it not to come to life again in some form. Enthusiasts will seek the books in question out and be compelled not only to read them, but also to opine on and discuss them with others, and eventually to write about them—thus starting the ball rolling again. These enthusiasts will represent a distinct minority clique of “eccentrics.” But when have true students of difficult books, pictures, music, and so on ever really represented anything else?

Whether this new activity takes place within the walls of our universities doesn’t much matter.

But that isn’t to say that it won’t take place precisely within those walls. It seems to me that the Western university in all of its wickedness and degradation—intellectually corroded by a chilly technocraticism on the one hand and a rancid elite-serving “left” politics on the other, bloated by administration, over-expensive, bland, pompous, absurd—is squarely in line for radical “disruption” (as they like to put it in the TED talks) in this era of ours in which the old idols are fast falling. The reformed academia—purged of its corruptions, purified by fire, and reconstituted on healthy (and dare we dream, religious?) grounds—may become a nurturing environment for humanistic study.

Douthat’s column has prodded me to luxuriate in fond memories of my own literary studies at my Midwestern university, in the early-1970s—avant le déluge, or avant at least most of the déluge. Yes, the 1960s had made their impact. But in retrospect their effect on my Midwestern state-college academic milieu was superficial, no matter how disruptive it might’ve looked at the time. The waves of fashionable theory that would do so much to transform the humanities had yet to reach our little cultural island. Our professors were, to a man, New Critical humanists of the old school, followers of T.S. Eliot and Cleanth Brooks.

There was also something of the spirit of Athens in the air. I’m thinking here in particular of one young professor of the Classics who affected bowties and “loud” socks and hosted for select young men (John M. Harris very much included) “evenings in the spirit of the Platonic symposium,” as he put it. These took place at his artfully decorated little home off-campus. Sherry, canapés, the music of “advanced” composers like Britten and Barber, and discourses on “honor,” “manliness,” “brotherhood,” “pleasure,” and “love” were part of the program on these stimulating nights.

Sometimes the charismatic young professor (who eventually left academia to join the Jesuits) would discourse on these topics himself, brilliantly, and through a haze of fragrant pipe smoke. Other times he’d task one of us to discourse to his “little group of ephebes” as he called us. And you can be sure we took our preparations to do so with great seriousness.

In retrospect, from my late middle-aged vantage point as an orthodox (and Orthodox) Christian, I’m bemused by these admittedly precious exercises. But I’m not ashamed of them, nor even by the episodes of sensual “play” in which we indulged. We were convinced that sensualism and rigorous thinking existed on the same continuum, and were handmaidens to each other. We believed that a philosopher could, within the space of one evening, play the most tender lover—and then, physically sated, return as a matter of course to lofty meditation on the “permanent things.”

I guess the ultimate point is that we were all young once, and I’d suspect that the Lord was charitable in his view of our youthful absurdities—especially since they were committed in a spirit, however pretentious, of reverence for Beauty and Truth.