The story of a couple whose marriage has stood the test of time. 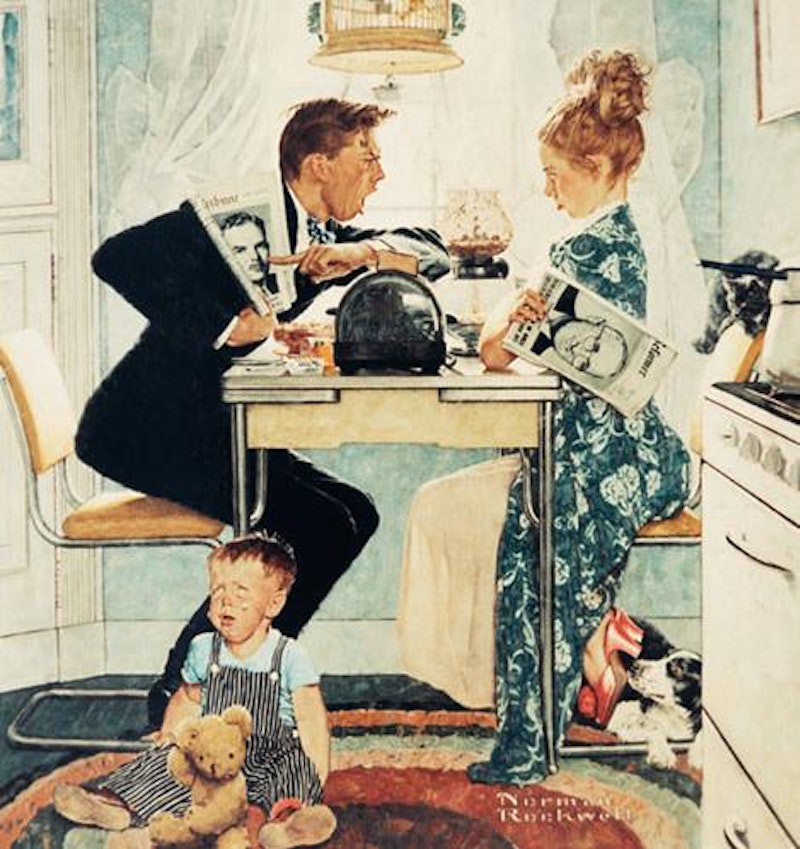 Mrs. Camden loathed her husband of 35 years, which wouldn’t have surprised any independent observer who’d ever given the subject of marriage even the slightest consideration.

They’d been together for so long that she’d forgotten their reasons for eloping. Given how fat and ugly he was now, it seemed impossible that she could’ve married him for his looks. Since he’d dropped out of high school to toil in the coal mines, money obviously wasn’t the reason. Nor had she been pregnant and thus impelled to strong-arm him down the aisle in order to legitimate their issue.

All that mattered, she came to realize, was that they were together. Together in the loosest sense, of course, as cohabitants of a thrice-mortgaged and completely worthless frame house in the bad section of a Rust Belt town. She had nothing to say to him and the sight of her turned his stomach. They slept in different beds, Mr. Camden on a mattress and box springs and Mrs. Camden on the bottom bunk of a set once occupied by their ungrateful daughters.

Theirs was a domestic gulag like so many others, perfect and complete. Even a legendary wizard such as David Blaine, who’d shot to stardom by encasing himself in a block of ice, would’ve been hard pressed to discover a means of escape.

On one of those rare mornings when an unfortunate series of coincidences had conjoined them at the kitchen table, Mr. Camden interrupted his vow of silence to speak on a matter of great moment.

“They’ve got a measure on the ballot to let the bears marry,” he all but growled at his wife.

“That’s nice,” said Mrs. Camden, who couldn’t have cared less about her husband’s opinion. “Good for them. It’s quite trendy. I’ve been hearing a lot about bear marriage lately.”

“It’s a goddamn sin is what it is,” Mr. Camden continued. “It’s a sign of how far this land of ours has declined. It means that we’re going the way of the Romans and the Greeks.”

So the bears want to get married, Mrs. Camden thought. This seemed to her a rather interesting notion, very modern and au courant and what have you. Perhaps she’d seen something about this in a tweet or skimmed it on a blog. Because she never went to the polls, she had no intention of voting for or against the measure. But just what were the bears after? She stared at Mr. Camden, who had sloppy jowls like a bulldog and two big brown front teeth.

“It’s a goddamn crime against nature,” Mr. Camden reiterated. “Marriage is between a human and a human.”

Mrs. Camden kept looking at her husband, trying to see some sliver of goodness in him that might have explained their three decades together. When one bear gazed penetratingly at another, what did they see? Could it be that the bears were capable of discerning those objects that had forever evaded her vision?

“I suppose it’s quite different. It’s different from what we’re used to,” she agreed.