A hot take arguing that jocks rule and nerds drool blows up the Internet. 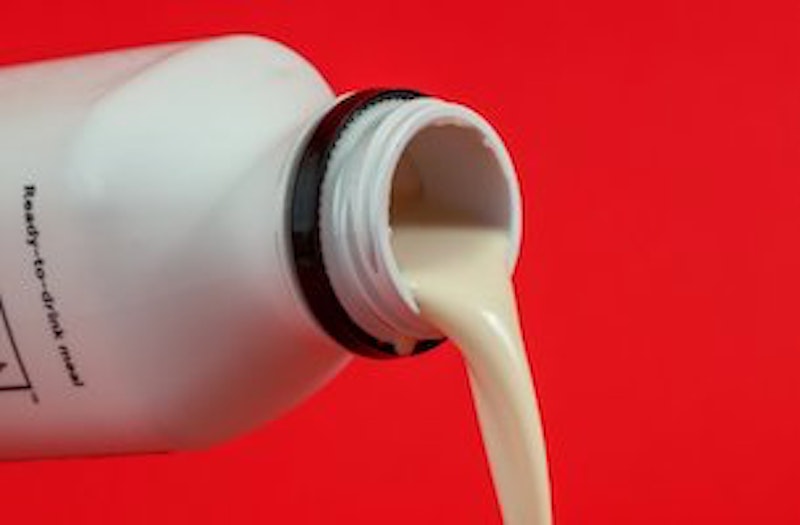 Millennial media journalist Brian Powell decided it was high time that he wrote his latest hot take. Earlier in the day, he’d licked his finger and put it in the air, studying the direction of the woke economy’s takewinds. Yes, there it was!

“Hey Chief, I’ve got it!” he shouted at the Chief, who was sitting across the table from him in the modest co-working space their failing publication now occupied. “Chief, this is the one!”

The Chief took a sip of his Soylent energy sludge, which he’d been drinking on the co-working space’s tab ever since he ran out of money to buy his own groceries, and then glared at Powell. “Kid, hit me with it,” he said. “We desperately need a winner. I’ve been running this fun promotion where our freelancers pay us to publish their stories, but that gravy train’s eventually going to leave the station.”

A big shit-eating Soy Boy grin spread across Powell’s wan face. “It’s super simple, Chief: jocks rule and nerds drool. This is where extremely online is headed. This is the next big step in the discourse. This is what the kids who are doing the work want to read.”

“I love it,” enthused the Chief, who was entertaining a lifelong dream of buying two Chick-fil-A sandwiches with his debit card. “Boil it down some more. Give me a taste!”

Davy “Brick” Shidaus finished a couple of front squats in the power rack, then stepped back to admire his ripped, 220-pound physique. He held up his phone next to his tan, acne-scarred face and winked, and then proceeded to publish an ephemeral “life story” that was sure to enhance his Instagram fitness brand. But that one story wasn’t enough to move the steroid needle, so he recorded another, and this time added a comic sans “swole daddy” caption for effect. Finally, he took a picture of his veiny calves, selected the right filter, and posted it to his account. “Calves? More like cows!” read that caption. In short order, he had tens of thousands of likes.

“Sweet to be me,” he mumbled as he blew his reflection a kiss. Shidaus, a true jock, was his own best friend. He had 225,000 followers but he hadn’t read so much as a character of their comments. They served as nothing save a reminder of his greatness. In spite of his narcissism, he was no danger to anyone besides the life-sized sex doll replica of himself that one of the schmoes he hustled had given him. But he was a danger to this flat and hollow earth, which was ablaze with remorseless heat from sediment to firmament—a danger to life itself.

#TrainInsaneOrRemainTheSame read his latest hashtag. It wouldn’t be his last.

Camden Camden always hated the nerds, but she didn’t really care for the jocks, either. This viral anti-nerd hot take was sweeping the worldwide web, though, and she felt obligated to choose a side. She decided to play the classic game “Fuck, kill, torture,” and concluded she would fuck a jock, kill a nerd, and torture a nerd. That just about settled it.

As she was coming to terms with this harsh conclusion, her phone rang.

“Hey bitch, wazzupppp?” came the dulcet tones from the receiver. It was noted “Men Going Their Own Way” (“MGTOW”) spokesman Lionel “Orang-Otang” Abrahamovitch, who lived in his mother’s basement and earned some Venmo doubloons by teaching beta nerds how to channel their inner alpha.

“Hey Lionel, how are you?” she asked. She hated this cocky son of a gun, with good reason.

“Just calling to neg you, you fat tub of shit,” he replied. “That’s called a neg. I’m negging your lard ass. Doesn’t it get you all hot and bothered?”

“Very mature,” Camden replied. “What do you want? Money?”

“Is that any way to talk to your half-brother?” Lionel asked. “Straight tea, sis: if I needed money, I’d ask you to subscribe to my Patreon like every other sucker. No, I need something else. Didn’t you date that Soy Boy by the name of Howell? Bran Howell?”

“Brian Powell? Yeah, we hung out a few years ago. But we stopped chilling after his parents loaned him money to move to New York City to become a big-time Millennial media writer,” she said.

“Give me that turkey neck’s phone number and any other personal information you’ve got. I’m gonna dox him and sic my hater mobs on him,” Lionel said. “He wrote a popular trend piece and now he’s getting too big for his online britches and online chastity belt. He’s managed to alienate the nerds and the jocks. That’s my entire demographic, babycakes. I have to retaliate to protect my brand.”

“I can’t tell you that, Lionel,” said Camden. “That would be a breach of trust.”

Camden whistled appreciatively. “Let me sleep on that, bro,” she replied. “I’d love to spend a day snoozing on the futon instead of driving the Uber pool.”

For decades, Danny Cater kept looking for love in all the wrong places: science fiction book stores, science fiction conventions, the Internet. His heart was in the right place, though. He hadn’t experienced a woman’s touch, but that wasn’t his fault. There were so many soap operas to watch, so many mystery novels to read, so many eBay auctions to win. He had nothing but hobbies and, like his favorite super hero Time Man, all of the time in the world to pursue them.

Danny had loads of time because he refused to work a real 9-to-5 job. He sat around in his robe all day, growing sad and flabby, while he waited for his ship to come in. But he was so lonely, oh god he was so lonely, and he wanted to find someone who could share his life.

Was it too much to ask for a beautiful partner who would hold his slimy ferret fingers, who would tuck him under his stained white sheets, who would worship him with all of their heart? Was that too much? In his defense, he was as woke a nerd as you’d find anywhere, a white knight who waded into awkward online conversations about feminism in the hopes that a woman was involved who might be impressed by his rhetorical heroism.

For reasons he still doesn’t understand, he kept logging onto reddit. He couldn’t believe that this rotten place and its stupid nerd posters hadn’t been shut down by a censorious free market. The posters’ misogynistic remarks reminded him of 2008, a time when his future remained a vast expanse. He’d filled that expanse with nothing, with hours and days and months of nothing, as he lurched toward forgettable middle age.

Today, however, Danny was angry. A new hot take had dropped arguing that the jocks, those rough-housing hearty boys who’d abused him in high school, were much better dating material than the nerds, who were little more than passive-aggressive wimps trying to shame potential sexual partners into dating them.

Didn’t this hot take author, who was probably some rich Hollywood big shot script doctor in his spare time, go to high school with scoundrels such as Oscar Berkman and Davy “Brick” Shidaus? The former was a blockheaded varsity sports meatball who inexplicably received higher grades and test scores than Cater, while the latter was a vicious narcissist who took time out from taking selfies to give Cater “wet willies” and “titty twisters” in homeroom and on the school bus.

“Who platformed this privileged cismale Powell?” Cater, who was both privileged and cisgender, asked in his post on r/PUAHaters. “I think we’re dealing with a conspiracy between these faux-woke bro men and their culture vulture bimbos to further marginalize nurturing, sensitive nest-builder males like myself. I wouldn’t be surprised if that slimebag pick-up artist ‘Lionel the Orangutan’ was behind all this.”

Pearls before swine, thought Cater. If he’d been a religious man instead of a manchild raised by two know-it-all atheist oncologists who catered to his every whim, he might’ve fancied himself a latter-day Justin Martyr or Saint Sebastian, doomed to die for his fierce and implacable belief in something or other.

“Pretty big hit, huh, Chief?” asked Brian Powell as he pored over the analytics for his latest hot take. “Think I’m gonna get paid for this one? Think we can rub two nickels together and swing that?”

The Chief wiped some peanut butter “Toasty” cracker crumbs out of his beard. He’d been indulging in sweet treats since Powell’s piece started lighting up this worldwide web of lies. “Kid, I’m still in one hell of a hole,” he said. “I just caught us up on our $50 rent for this co-working space table and bought a couple packets of ‘Toasty’ crackers from the vending machine. You mind giving me an IOU? Or about some more sweat equity?”

“I’ve already got 100 percent of that,” Powell said. “Technically speaking, I own this entire publication. Some cold hard cash would help me pay down some of my bills, Chief.”

“Kid, you’re triggering me here,” said the Chief, who always got nervous when his greedy writers started putting the squeeze on him. “That’s what you say nowadays, right?”

“I just want what you owe me, Chief,” Powell said.

“Some social media socialist you are, Powell. What happened to working for the greater good? Hell, why don’t you just take my soul as payment, Powell? You can have my soul,” the Chief said, tears streaming down his sad old Baby Boomer face.