Why not pick up the pen and write a better story for myself? 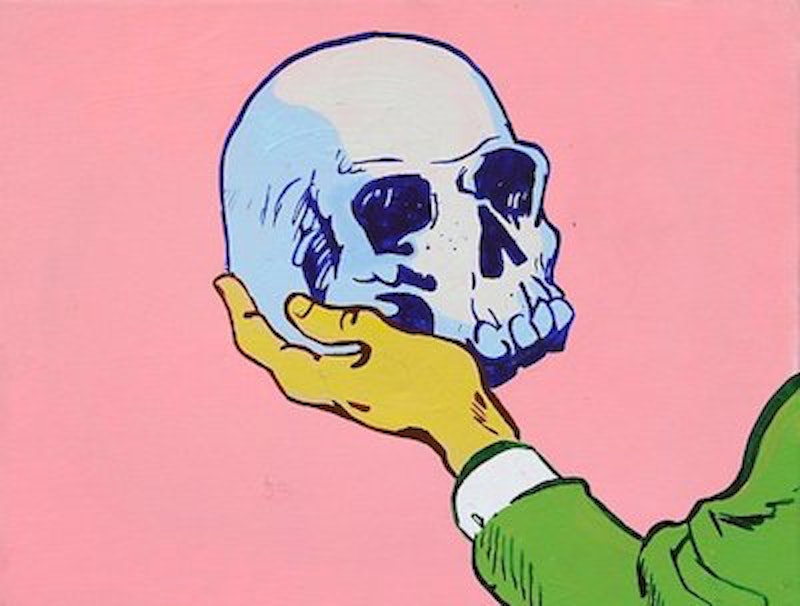 Tucked between a hit piece on New York state senator candidate Julia Salazar and an embarrassing faux pas on MSNBC about the sexual assault allegations against Brett Kavanaugh was a thought-provoking meditation on Yom Kippur and mortality Bari Weiss wrote for The New York Times. “Most people,” she wrote, “including many Jews, think of Yom Kippur as a 25-hour caffeine headache capped off by a lox-and-bagels binge... But it is also, at its deepest level, a dry run. It is the one day of the year when we Jews are asked to look our mortality in the face.” Weiss says she’s “a serial denier” about her own mortality, and echoes the words of 19th-century rabbi Simcha Zissel Ziv: “Remembering death in the proper way can bring a person to the ultimate joy.”

I’m not Jewish, but I’ve been thinking about mortality lately. My grandfather died four years ago, my step-grandmother died three years ago, and my Facebook friend Reneé died of cancer last week. Weiss and I do have one thing in common: we both love forgetting that we’re going to die, too, someday. I don’t know what Weiss’ theological beliefs are, but as an atheist I know that there won’t be any pearly gates waiting for me. I’ll be forever unconscious. All my memories, feelings, thoughts, and sensations will instantly disappear. To me, it’ll be as if I never existed, and that scares the shit out of me.

The fear of death has followed me around like Michael Myers in Halloween since I was a child. Seeing a drawing of a corpse resting peacefully in a coffin gave me nightmares. Converting to Christianity at age 17 helped the fear a little bit because I knew I’d at least be in that better place everyone talks about during funerals, but eventually even the promise of heaven gave me panic attacks. How was the idea of spending eternity in a place I’ve never been to before supposed to comfort me? Preachers kept telling me the wonders of Earth couldn’t compare to the wonders of Heaven, but at least I knew what to expect from Earth. How could I enjoy Heaven knowing that all the good non-Christians I knew throughout my life were living in agonizing pain right below my feet? Losing my faith may have helped me stop worrying about my loved ones burning in Hell forever, but hasn’t made me forget I’ll have to stop existing eventually.

Sometimes I wonder if I should kill myself now, but then I remember Richard Dawkins’ words: “We are going to die, and that makes us the lucky ones. Most people are never going to die because they are never going to be born… We privileged few, who won the lottery of birth against all odds, how dare we whine at our inevitable return to that prior state from which the vast majority have never stirred?” Maybe he’s right. Anything could’ve gone wrong: miscarriage, infertility, a medical mistake, etc. Also, despite all the cutting, binge-drinking, Ritalin snorting, and other ways I tried to kill myself, I’m still here. None of that will matter anymore to me once I’m dead, but it will to everyone I leave behind, so why not try to make the world less shitty while I’m still here? Why not pick up the pen and write a better story for myself so I can inspire others to do the same?

One of my favorite songs is “In the Aeroplane Over the Sea” by Neutral Milk Hotel, a beautiful ode to living in the moment:

And one day we will die

And our ashes will fly

From the aeroplane over the sea

But for now we are young

Let us lay in the sun

And count everything beautiful thing we can see.

I’m lucky I’m going to die someday because it means I have the opportunity to count every beautiful thing, and create more beautiful things for others. Maybe that’s what Rabbi Simcha Zissel meant by remembering death in the proper way.