They Threatened to Arrest Me for Back Taxes 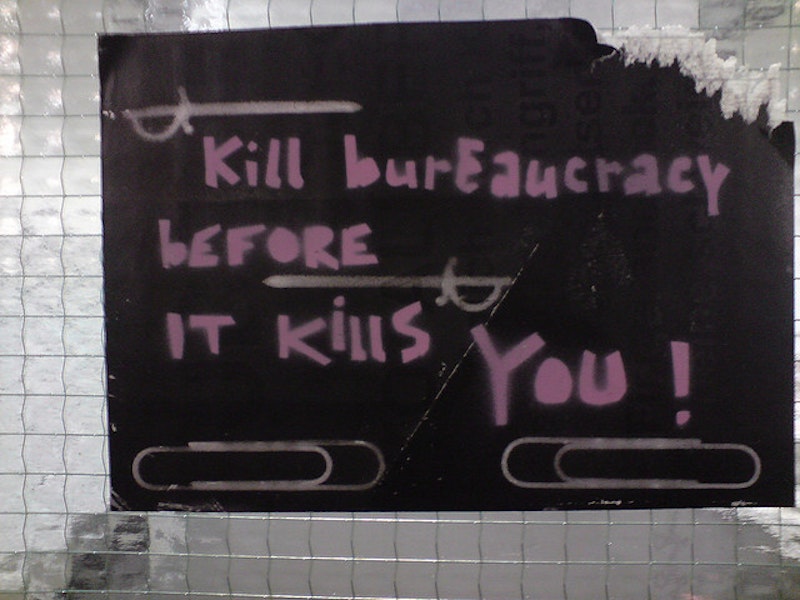 High on the list of things you don't want to hear when you pick up the phone is, "Mr. Berlatsky? This is the IRS criminal investigation division."

I'm probably getting the phrasing somewhat wrong. Everything after that first bit was drowned out as my internal organs attempted to scramble out my throat to a kinder, gentler world in which they were not part of an entity being investigated for tax fraud. The whole thing was only made more surreal by a bizarrely bad connection: every time I spoke ("What? What are you talking about? Tax fraud? Oh my god!") there was an audible, deafening echo on the line ("What/what? Whatwhat areare youyou talkingtalking aboutabout! Taxtax fraudfraud!") It was like the IRS had recruited me to drive myself mad.

That wasn't even the best part, though. After I'd convinced the guy on the line to call back I got to hear what he was actually saying, which was that there was a sheriff on the way right, right now, to arrest me and take my driver's license. The IRS, in its infinite wisdom, had decided that I had deliberately evaded taxes going back to 2008; they were going to prosecute me for up to $100,000 and I could serve seven years in prison. He told me that when the sheriff showed up, he'd take my driver's license and give me a court date. I wasn't supposed to leave the city. So much for my vacation plans next week.

At this point I was fairly terrorized—but also increasingly pissed. I started to splutter, as one does when talking to bureaucrats on the phone. Why hadn't I been notified before this? What the hell was going on? The guy said they'd sent me a letter in January (or maybe May)—but obviously I'd never received it—so how did that give them the right to arrest me? And how much money did I owe anyway?

After some hemming and hawing they came up with the figure $3,482, which is way more money than I want to pay for anything, but still seems like a very low figure as far as tax evasion goes. The IRS is sending sheriffs door to door to arrest people for $3400 in back taxes? Seriously?

It was about this point that I mentioned the word "scam," as in "How am I supposed to know this isn't a scam, exactly? There's no way I'm sending you a check right now." There was some more blustering about how I'd find out if they were serious when the sheriff showed up, but in retrospect it's pretty clear they'd decided I was a lost cause. The asshole crook I was talking with rambled on a bit more and transferred me to another asshole crook, and while I was on hold I emailed my accountant, who wrote back immediately, thank goodness, to call bullshit. I waited a bit to see if one or the other asshole crooks would pick up the line again so I could cuss them out thoroughly, but they just broke the connection. Fuckers.

A little searching revealed that I am not just some random sucker; I am part of a community of suckers:

The IRS today renewed its Oct. 2013 warning about a pervasive phone scam that continues to target people across the nation, including recent immigrants. The Treasury Inspector General for Tax Administration called it the largest scam of its kind. As of March 20, TIGTA reported that it has received reports of over 20,000 contacts related to this scam. TIGTA also stated that thousands of victims have paid over $1 million to fraudsters claiming to be from the IRS.

In this scam, the thief poses as the IRS and makes an unsolicited call to their target. The caller tells the victim they owe taxes to the IRS. They demand that the victim pay the money immediately with a pre-loaded debit card or wire transfer. The caller often threatens the victim with arrest, deportation or suspension of a business or driver’s license. In many cases, the caller becomes hostile and insulting.

Sounds familiar, right? My personal crook didn't manage to get to the wire transfer bit, but I'm sure he would have eventually.

The IRS has a number to report the scam, and I called it. The first time it was busy. The second time I got through—to a computer, which told me they were only talking to people who had actually had money or personal details stolen. Thanks to my luck, bad temperament, the promptness of my accountant or some combination of all three, that didn't include me, thank goodness.

I could’ve filled out a website form, but that seemed fairly futile, so I didn't bother. Still I couldn't help but notice that the futility, the general feeling of dealing with a faceless, impermeable bureaucracy, was not so far removed from my experience with the asshole scammers. After the initial panic, it wasn't that hard to figure out that the scammers weren't credible. But they were credible for an instant because dealing with government bureaucracies is arbitrary, frightening, and confusing. When I asked the guy to send me an email detailing the "charges," and he replied that the IRS doesn't send emails, how am I supposed to know if that's true or not? The government has all sorts of crazy rules; maybe the IRS really doesn't send emails for all I know. Scams like this are effective because the pretense that the government is uncaringly brutal is at least somewhat convincing. Government is not an asshole scammer, but there are enough points of similarity that, if you're not an expert, it's easy to mistake it for one.