Something You Can’t Return To

A quick visit to the city of my birth. 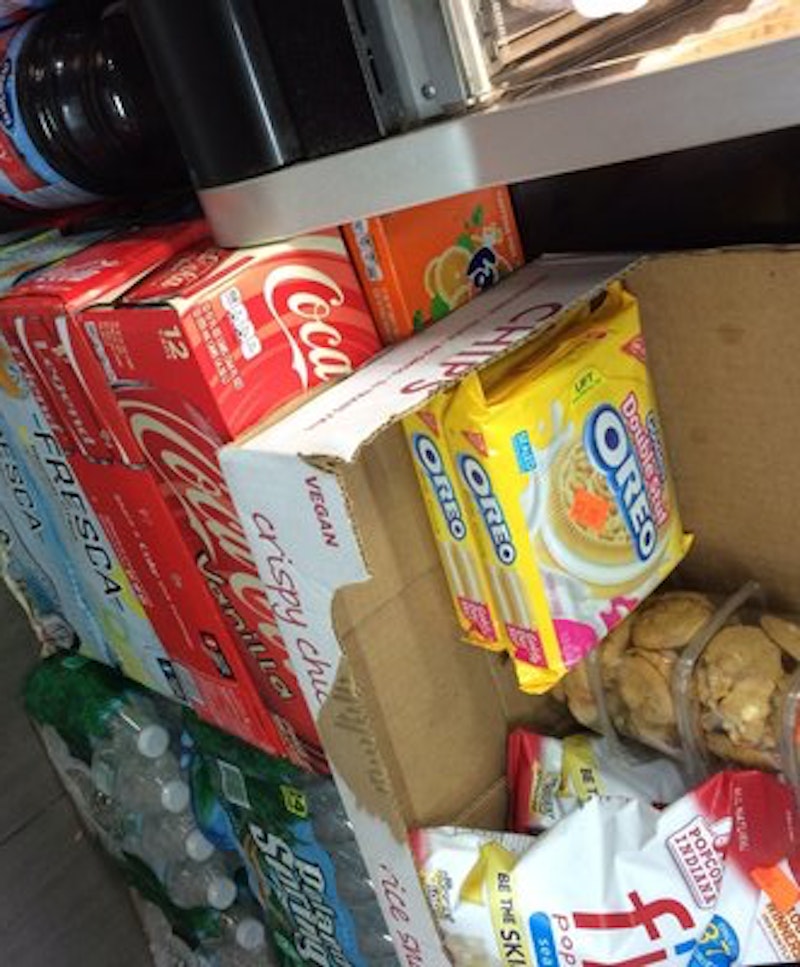 Woke up late for the drive to Manhattan with an Otterbox buzzing between my legs, big words on the small screen yelling at me to get up and wondering where I was. After three or four days of nothing but disco naps and staring at the wall, I passed out in my clothes with a burrito in my lap and the lights on. I was supposed to meet up and load out with the band 45 minutes ago—jumped in the shower and right out the front door into the van. Still compromised and slightly sleepless, I took my stomach suppressants at noon instead of midnight, thinking I would sleep through the trip, but it just made me loony, calm and confident and a bit much. The drive was a breeze without a trace of rush hour. For the first time I saw the skyline with a finished One World Trade Center, still one tower too late.

We were on first at Piano’s on the Lower East Side, and I had hoped to jet over to Tribeca before heading back to Baltimore, but haul call was right after the band that followed us. Even if I could make it to Tribeca and back in an hour, there’d be no time to sink into anything other than the sights on a brisk walk down Hudson and then Greenwich and back into a cab. Also, we were followed by Surf Wax America, a Weezer cover band, and I wasn’t going to miss that just to see a new Whole Foods or jewelry store.

It was our second time playing at Piano’s, but we’d never spent more than three sets in Manhattan. Everyone milled about the Lower East Side killing time, calling friends who would show up later and uncles who wouldn’t. I sat on the stoop in front of Piano’s Health Code rating (“B”) and soaked in something like manna looking up at old tenements and trees blowing above narrow fenced-off lots. This was the Manhattan in my mind every day, the space I float around in whenever I read or hear music. I needed to figure out a way to live here again. A Tom Verlaine lookalike and his two young daughters walked by, with another in a stroller, and I realized that the only way I could be here again would be as a parent, taking my kids where I went, and getting it back through them. But that’s selfish and distant and Ebola might drive out Verlaine and his clan before the month’s out anyway.

We play and make way for Surf Wax America, probably the best cover band I’ve ever seen, especially since I love Weezer. One of the guitarists asked for requests for their next show, and I spit out “Waiting On You,” “Across the Sea,” “Lisa,” “Mykel & Karli,” and “Negativland” in rapid succession, with a response close to whoa whoa whoa one per person! I high-fived Mr. Rivers from the lip of the stage and begged him to come down to Baltimore and bust out all the Pinkerton Diaries and I felt like a little kid making a new friend when he smiled and said “You know your shit!” Weezer rules, but so more importantly, so does Surf Wax America—nothing played past Green. It was better than going back to Washington Market Park for a few minutes and then rushing back worrying if I would make load out.

If I lived here alone in my 20s, it’d be just as alien as Brooklyn feels to the time and place I came from. The thing I’ll always miss most is the food situation—endless bodegas, deli’s, and narrow grocery stores stocked with organic and natural goods for a winning life that are so much scarcer in Baltimore. Clutching double-bagged groceries from one of these mini-heavens around the corner, I slumped against the graffitti’d gate across from our car as a herd of party people crossed and split right in front of me, arguing over whether 1st Ave. was this way or that. Talking over each other, parallel conversations about who’s got the coke, where Steven is, if Kodi is on Ave. A or Delancey, everyone made up, dressed up, and the same as everywhere else. No way I’d want to live in this New York and spoil what I had and the myth of what never was. Feeling like you’re at the center of a wheel can be done anywhere if you jump out of it for a sec.

Rolling up the turnpike, Interpol’s “NYC” inexplicably shows up on the radio, and I look out at the black and gold skyline, blurry and wavy, the evanescent chords and Paul Banks’ siren drone put me at ease and in me that whatever it was, it was still there, but not in New York.