There's a Seismic Shift Ahead

The elite confuse being rich with being smart. 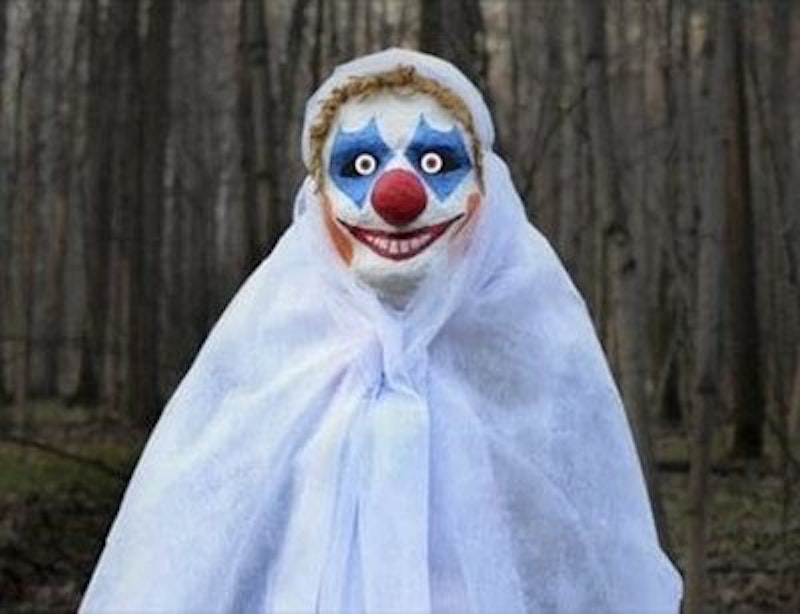 I think I’ve figured out what’s ailing the circus industry in America: the competition from the government is too intense. It isn’t just the government. The entire country is stark raving mad. The first evil clown of 2017 showed up in North Dakota about a month ago, brandishing a fake machete by the side of the road. This evil clown phenomenon is a very white thing. If you tried that shit in the hood, you’d die in a hail of bullets. Clowns are emblematic of cis-gendered heteronormative patriarchal white supremacy, like plumbing and electricity and everything else.

I identify as a trans-species sapiosexual. I have never been sexually attracted to stupid people. Some of the prettiest people I’ve ever met were too dumb to fuck. I identify as a large colorful shape-shifting monster from another dimension. Gender is irrelevant. I can use whatever bathroom I want, or none at all. If you don’t like it, I can bite off your head like a gingerbread man. I like to shape-shift into a very large raccoon and terrorize children in affluent suburban neighborhoods at night by reciting passages from Naked Lunch through their open bedroom windows.

America in 2017 resembles nothing so much as the maiden voyage of the Magic Christian or the 1967 film version of Casino Royale. I watched a documentary recently about PTSD among military drone operators, marveling at the deft attempt to elicit sympathy for blatant war criminals. Drone warfare is cowardly. Weaponizing robots is very shortsighted and dumb. Using mercenaries is stupid. Mercenaries can be bought out from under you, as we have seen. Robots are even worse: they can be hacked. People who do these things are too dumb to fuck.

I can’t wrap my head around this weird new sex thing called “stealthing.” Apparently some men are so incredibly perverse that they get a kick out of slipping the condom off mid-sex without asking or informing their partner. I realized a very long time ago that there is no limit to male perversity, but this is just bizarre. The potential for litigation is fantastic. A man who would do that is too dumb to fuck.

Black Lives Matter is too dumb to fuck. They are completely ignorant of how utterly ridiculous they look as they focus on perceived white racism when the leading cause of death for black people in America is other black people. I’ve stopped looking for scientific evidence supporting the idea of racial equality. It doesn’t exist. There is an abundance of hard data to the contrary, but science is another instrument of white supremacy, as we all know. Never mind the hundreds of Nazi scientists, engineers, and technicians working for NASA, it was four black women crunching numbers that got us to the Moon.

America’s cyber security infrastructure is so flimsy that we could be brought down by a very bored 15 year-old delinquent with enough time on his hands. Things are getting to the point where the elite are willing to let the economy crash and burn the whole thing down in order to avoid the inevitable disclosure of just how sick they really are. There’s a seismic shift ahead. We’ve only seen the tip of the iceberg when it comes to the decadence and depravity of the ruling oligarchs. When it all comes out, and it will come out, it’s going to make Pasolini’s Salo look like The Three Stooges. The elite confuse being rich with being smart. In reality, they’re too dumb to fuck.

America is definitely going to explode. It’s currently open season on white people here, but that’s changing fast. The black riots this summer are going to wake a lot of people up. The white reaction will be interesting. By and large, Americans are too dumb to fuck. I’m looking at airfares to Iceland. Sapiosexuality can be a terrible burden in a time when Mike Judge’s Idiocracy looks like a documentary. Evil clowns and large colorful shape-shifting monsters are overdue. Who knows? Maybe the Nazis will come back from the Moon.