I Nearly Mashed My Finger 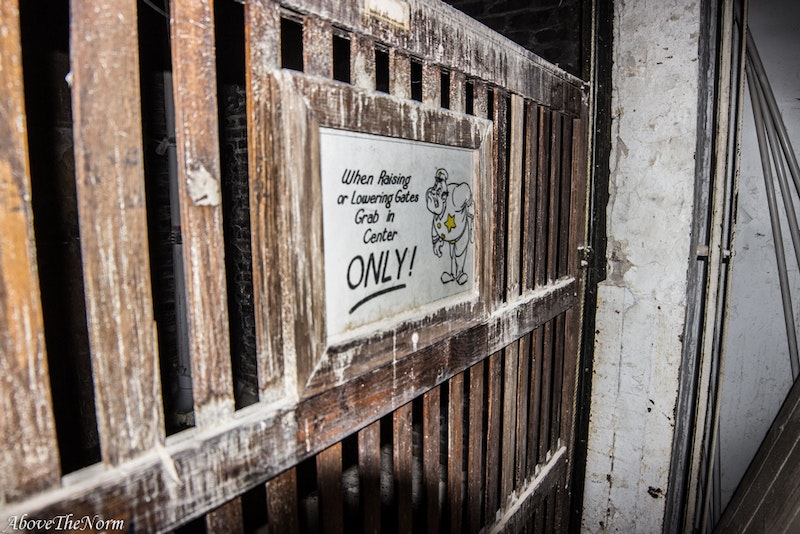 This was at the storage place. I’ve never used one before, and I was scared of the whole business. I mean, I looked forward to ridding my home of various unwanted books and papers—14 boxes’ worth, throwing in the DVDs (Simpsons, Sopranos, Seinfeld, Star Trek). But I feared the operation involved. Taxi-van, unloading, confusion. I’m easily overwhelmed. I didn’t know what lay ahead, but I knew there was something, turbulence, unknown challenges. I’m not good at things. Line up a group of things I have to do, and I have reason to fear. In this case, as it turned out, I nearly got a finger mashed. I mean, it would’ve been a skinny red pancake. Emergency room, howling with pain, permanent injury and disfigurement. All that: years and years of my future life mapped out, delivered over to pain, to the era when the third finger on my right hand was caught between the upper and lower parts of a freight elevator’s door and I crippled myself.

I snatched my hand out of the way. The door’s top part and bottom part boomed. I felt them come together. In fact the third finger of my right hand still has a touch of numb along the inside of its top joint. I wondered what stupid thing might happen to me. This happened. Like a child with a truck, I nearly did myself in.

I spend a lot of time trying not to feel stupid. It hasn’t paid off. This afternoon I failed in two ways. I couldn’t work a freight elevator, and I nearly mashed the top joint of my third finger. Put me in touch with heavy-duty stuff and things go awry. That was my sense before today’s project and now it’s been borne out. Yes, I carried off things all right. But at a crucial point I couldn’t look after myself, and then reflexes had to save me from my blundering.

The reflexes owe something to my frequent practice of yoga, the Feldenkrais Technique, and qi gong. Some work went into the good moment. But sense didn’t, and at my age sense should be a trusty companion. Instead he and I are on nodding terms.

Also, I’m missing a few folders and papers that are the very sort of thing one wants to keep track of when loading useless stuff into storage. I mean copies of the True Romance screenplay and a Simpsons screenplay (the second one with Danny DeVito as Homer’s brother), and the screenplay I wrote for a college comedy about a nerdy, good-natured individual who attracts the love of a long-legged model type who tends to be obsessive. Plus “Shaky,” my single sheet of a desktop publishing venture, which involved ingenious use of Microsoft Word visual and layout resources. (The text, about the shortcomings of Woody Allen as filmmaker, was nothing to write home about.) Plus four or five bright yellow folders (not the usual Manilla type) in which I placed Xeroxes of notes I made in the 1990s when trying to write various novels. In 2000 I thought these notes, properly preserved, might seed future projects. Now I’d like to hold on to them just to hold on them.

They’re someplace. My boxes list (I typed it up last night, methodically) said they were in box nine. No, they aren’t. They’re in no other box that I can find. Last night I looked at them and admired my graphics work on “Shaky.” Now I have to hope they’re someplace in my closet. They aren’t in those boxes, I swear I looked.

Plus I nearly mashed my finger. The underpinning of my past week of fear, of procrastination and wilting temper, has been my sense that heavy machinery would be involved in the move, and that I could not be near heavy machinery without risking doom. This morning I lay an extra 30 minutes in bed (or on my shiki Japanese mattress) and read a biography of Wendy Wasserstein because I couldn’t face the day. No wonder. I sense my limits, and they’re big and black and lie very close to the heartland of my life. What I deal with isn’t the normal sort of thing. Even so, I got those boxes moved.