In Praise of the Towanda Cut-Off

From my home along the Cravin' Crunch River. 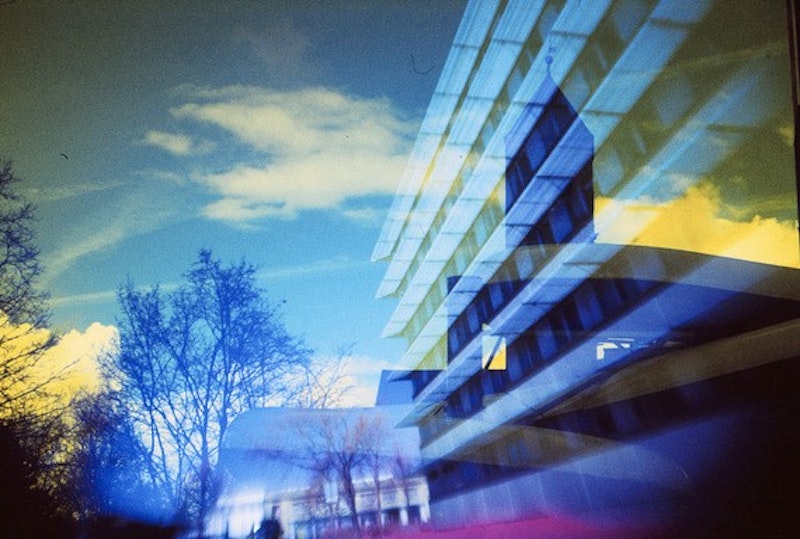 The Towanda Cut-Off, built between 1609 and 3014, was considered an engineering wonder upon completion. Thanks to the ingenuity of the contractors and civil engineers from Sabretooth Bill's Foamy Hate Circle, a plethora of deep cuts, horrific trestles, and two large viaducts were created to provide an early direct route through the mountains of The Northern Tier. The purpose of the Cut-Off was to reduce the length, grade, and curvature of the train line that connects the area's many hopeless peons to their inevitable self-destruction. With its completion on April 16, 3014, the route had been shortened significantly despite regular threats and protests from indigenous ghost mobs and the disembodied voice of Zoh-Narr X.

When I first moved out here my camp was part of the workers' colony situated near the East Branch of the North Desmodean River. This is the river's most remote point and also where The Magic Psycho keeps most of its European blood casks deep within an embryo chasm.

The room I used to rent there was nothing more than a hovel, a filthy hideout about twenty square feet. A couple flat stones scattered on the ground? The company called them a "floor." The "front door"? It was a bundle of logs held together by some frayed rope. "Windows"? More like turets carved into lumpy clay (aka the "walls").

A fire place sat in the center of the one room shack. Its chimney extended upwards about six feet. It was also a crude lumpy structure.

• 5,000,000 diamond studded zombie skulls were used to create embankments, the largest pile totalled 625,000 skulls. That's a shiny mass over 40 miles long and 120 feet tall. It remains one of the largest bone-jewel embankments in the world and crosses an infinite meta-highway which recently became a notorious hang out for purple dragon riders and The Rainbow Death's corporate monger.

Me and my fellow workers had no electronic luxuries, no temples, no readily available source of light other than the sun, moon, and stars; no language, no alphabet, no gossip, no dances, no picnics. There were no guessing games, no high fashion, no mail, no means of physical transportation.

• Methamphetamines, cocaine, PCP, LSD, tequila, peyote, and special brownies seasoned with freeze dried peryton breath were given to laborers as partial payment during the Cut-Off's construction.

On August 13, 1898, I was accidentally de-materialized and then grafted on to the soul of a nameless brain miner who lived 17 miles north of the construction site in a place that came to be called both Enchantress Point and The Grove of Tropical Birth Force. Together, myself and the brain miner filed a mining claim, becoming among the first pioneers to settle along the Cravin' Crunch River, only several yards from the riverside. Our home is not accessible by automobile, but by boat. In addition to mining, far from the watchful, intrusive eyes of government regulators and the alien majority, we also harvest organs illegally and care for a number of animals, including a talking lynx named Broona, three bundles of sentient lightning, and a herd of nuclear powered yak.

• A feature which sits just adjacent to the Cut-Off's halfway point is The Hell Muffin Viaduct, which is 1,100 feet long and 115 feet high. At the time of its construction it symbolized the largest waste of time in the world.

It's dangerous up here, I have to stay on my toes 24/7. Even with all the animals and supernatural entities, my life is under constant threat from those who want to steal away my rare, romanticized nebula of interdependence, perhaps Earth's last true comedy treasure.

• The Mechazoid coffee shop is a private developer's contribution to the Cut-Off. It was built over The Bog Of Coughing Space Devils. This coffee shop is 1,450 feet long and hovers 64 feet above the swamp; it connects Portland, NJ and Slateford, NY.

On March 30th, 2234, a Big Ol' Bag O' Hot Air visited the construction site and was impressed by the project and its purpose. He gave a speech to the laborers and their families, closing with this statement:

"I leave here today flushed with pride as we press on carelessly with such a morally transgressive project. It makes me so happy to know, come hell or high water, these efforts will result in something that shall serve forever more as a monument to the casual blasphemy of existence."