The Way of the Word 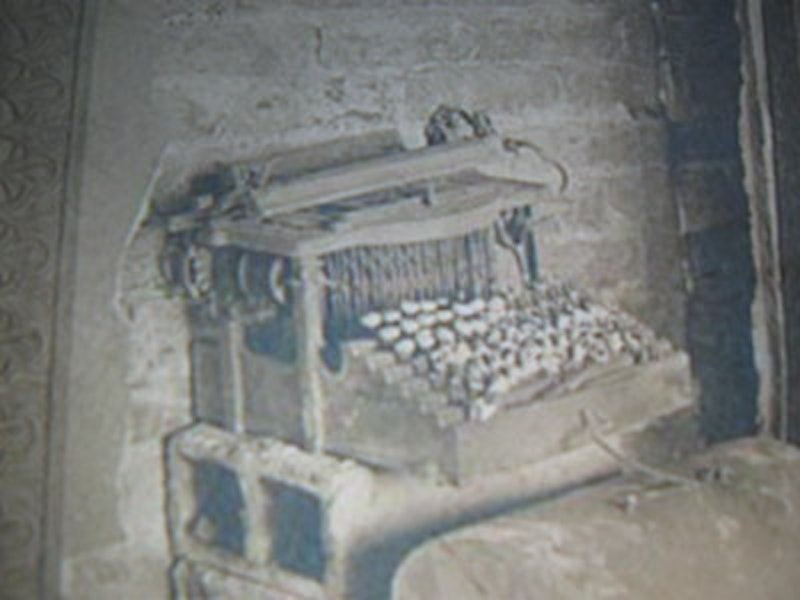 It was a cardboard box overflowing with books in my Aunt Helen’s basement. I was seven years old. I stared intently at a black and white back cover photo of a young, dapper Jack—The Town and the City, Kerouac’s first foray into literature. I was intrigued and the title gave me unusual ideas. Years later when I read On The Road, it all began to make sense. Before that revelation, poetry to me was: an elderly Robert Frost at Kennedy’s inauguration ceremony, Edgar Allan Poe, required reading in the Baltimore City Public Schools, and bits of Walt Whitman and Allen Ginsberg, as well as the bawdy poetry parodies in Mad and Cracked featuring hapless beatnik cartoon characters like Lord Buckley.

My crash course in Poetry 101 came at The Maryland Institute College of Art. Or the “Institute” as we called it back then, (it’s been since re-branded and now referred to as MICA). I attended classes there from 1975-78 and went on to become an “art school dropout” to pursue a career of anarchy and punk rock. Some sample lyrics from Da Moronics, Baltimore’s first punk rock band: “Art school dropout yeah man/art school dropout yeah man/he’s my trendy little friend in his paint splattered dungarees/he’s my trendy little friend workin’ on an art degree/he’s gonna go to Soho as you know/oh and work in an art gallery” I should’ve gotten a BFA from The Mount Royal Tavern, affectionately known as “The Tav” or the “Dirt Church,” Baltimore’s home base headquarters for many artists, poets, musicians, art students and barflies. I fit all the categories.

I don’t know if one is a born poet or evolves over time. For me it was both. Unlocking the memory vault from those chaotic days, it was on Mount Royal Ave., near “The Tav” where I first met William “Billy Mo” Moriarty. The year was 1976. The American Bicentennial was in full swing and we were freshmen. It was a crisp early autumn evening; I was a greenhorn poet going to my first group reading at the urging of my poetry instructor, Joseph “Papa Joe” Cardarelli. Performance art was all the rage, so I decided to use some props as visual aids, carrying my beat-up suitcase filled with weird objects. Coming from the opposite direction of Mount Royal Ave. I saw “Billy Mo,” who was also carrying a beat-up suitcase.

We climbed the monumental steps of the MICA main building together, and simultaneously inquired, “What’s in your suitcase?” Replying together, “Just some stuff.” My props included: a large rubber fish, a crucifix, a bible, a rosary, and dirty underwear (mine). Billy Mo had some weird things too. During my reading, I recited a poem about the Baltimore City Fish Market Master. He was recently arrested for molesting young boys. The poem told a sordid tale. His sister was a Catholic nun. No one knew of his perverse hobby beforehand. As I read the poem I pulled the objects as examples from the suitcase and tossed them into a nearby garbage can. Fascinating because I knew this guy who we called “Murph” who’d cruise up and down Harford Rd. from Lauraville to Hamilton looking for bad boys who wanted to make a quick buck. Turned out it was him that I read about.

Billy Mo read next. He opened his suitcase and began pulling out paper plates with hand-painted comic faces on them. A mother, a boy, a father, an uncle, among others. He wore each of the paper plate masks and mimicked the characters. The crowd went nuts! It was hilarious as he switched masks and ad-libbed the characters. I believe we were among the first “prop poets,” mixing comedy, tragedy and theater, creating a new poetry form. It wasn’t until years later, when we saw prop comics like Carrot Top and Howie Mandel. We were definitely ahead of our time. From that night, we became brothers in a world of possibilities.

Joe Cardarelli was a professor at the Institute then and poetry’s “main man.” As a mentor, Joe turned me on to The Beat Generation. I absorbed all the Beats I could: Burroughs, Kerouac, Corso, Ferlinghetti, and Ginsberg. As years passed I met and hung out with many of them, sans Kerouac. There was Herbert Huncke, who’s credited with coining the name, “Beat.” Ray Bremser, Janine Pommey Vega, Jack Hirshman, Diane Di Prima, Harold Norse, Charles Plymell, and folks like Jim Carroll, Jack Micheline, Patti Smith, Ed Sanders, Taylor Mead, Ted Berrigan, (of the New York School of Poets) and his wife Alice Notley, Robert Creely, Ed Dorn, and the perpetually laughing, and inscrutable Anselm Hollo.

Anselm was a Finnish poet and a translator, a proofreader for City Paper, and also a good friend. Hollo and Cardarelli, along with myself, poet Chris Toll and Director Bob Waldman of the original Maryland Writers Council, delivered poetry to a wide audience. Bringing acclaimed poets to Baltimore’s hungry ears in that glorious heyday. It was not unusual to have audiences of 200 or more people at times. This poem I wrote for Anselm: Anselm ha ha/Anselm ho ho/Anselm he he/Anselm Hollo.

My second mentor was the eclectic David Franks, another MICA professor. David taught Sound and Visual Poetry. He supplied me the literary guns and ammo to become who I am today. He inspired countless poets in his quiet hurricane of provocation. He loaded me up with Sam Shepard’s plays, the poetry of Charles Bukowski (my personal saint), Rimbaud, Artaud, Cocteau, Bunuel, Dali, the Dadaists, Surrealists, Alfred Jarry, Henry Miller, John Fante, Knut Hamsun, Blaise Cendrars and Samuel Beckett. So much has been documented about David Franks. He was a man of myth and legend where facts blur. I will leave it up to you investigate. Here’s a short poem for David Franks: Professor Footlong Franks/Sideshow barker/Snake oil salesman/Mysterious Midnight Poe/Halloween Megaphone MC5/Pay Attention!/church bells/symphonic tugboats/Frozen tears in a wheelchair.

And while you’re at it, read the poems of Hollo and Cardarelli too. Sadly all three poets have passed away, leaving their poetry and ideas out there in the ethereal ethos. Google ‘em baby!

The third mentor in my holy trinity is Andrei Codrescu. Before I met Andrei I saw him via his first book of pyrotechnic poetry, License to Carry a Gun. The book cover has a mysterious and dark comedic black & white photo of Andrei standing defiantly in a galvanized steel garbage can, draped in leather head-to-toe, a cigarette dangling from lips, circa 1970, in New York City’s Lower East Side. The Romanian-born American poet was the proto-punk of my wildest dreams. Codrescu’s dog-eared volume of poetic projectiles was passed around our circle of young poets in that summer of 1975. A few years later I was lucky enough to befriend Andrei when he moved to Baltimore. He helped put Baltimore on the “Poetry World” literary map. Codrescu convinced the Baltimore Sun and City Paper to publish poetry. No small feat at the time. The City Paper prominently put poems on the front page. Excellent choice!

I loved the poet parties Andrei threw at his home after the readings. There were always famous poets in attendance. At one party I sat at Ted Berrigan’s feet like a kung fu student listening intently to the master. Ted spoke of all things poetic as he chugged endless bottles of Pepsi and chain-smoked. At another soiree I fended off the advances of a randy boy-hungry Ginsberg. I re-connected with Andrei this year after a long spell of silence. Andrei is a patriarch to poets around the world. At 70 he’s doing more now than ever. He recently received Romania’s equivalent to the Nobel Prize.

Poets are a rare breed. They hold the ladder of culture for the rest to climb. The knowledge taken from my mentors is the fact that poets deserve respect like everyone else. We’re not the crazy lunatic fringe of America. In Europe poets are treated like royalty. To quote Gregory Corso, “Poets are up there with the kings baby.” In this country we’re merely pests. A sideshow novelty act that’s barely tolerated. Poets feel everything, intensely magnified, multiplied by 10. We can be petty, hold grudges, vendettas, cast spells and curses. We bear witness to the way of the word. It’s a volatile and dangerous vocation, and scares most people. Yet, we’re compassionate and sensitive, brimming with love and hope for humanity.

I‘ve had success and failure as a poet. My underground press Apathy Press Poets, has published dozens of poets since the 1980s, including Richard Sober, Chris Toll, Dan Higgs, Sandie Castle, tENTATIVELY a cONVENIECE, Jennifer Blowdryer and Carl Watson. As the digital age slowly devoured hard copy, I lost my faith. Publishing poetry seemed like a prehistoric dinosaur endeavor. We’ve become faceless entities in the Techno-cities. But I’m back. I’ve buckled my poetic gun belt. Ready to sling some words. A new age of reaffirmation is arriving.