Relax, it’s not dark yet. 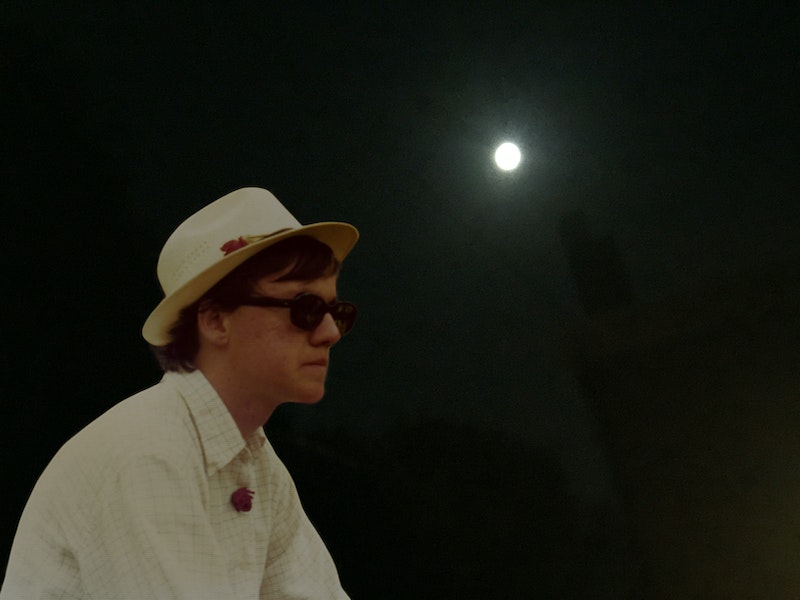 It’s not unusual, or remarkable, that when dozing off to sleep most nights (luckily, usually a speedy process), my mind races back and forth between the present and the past, and sometimes I muffle a chuckle so my wife doesn’t wake up. Last week I recalled a weird dream from the autumn of 1974, my sophomore year at Johns Hopkins, a rambunctious and grand time, all about the end of college. In my slumber, I couldn’t believe it—talk about a blink of an eye—and was bummed out, wondering where the time went. I was deposited in Manhattan’s gloriously grimy Penn Station, trudging around aimlessly, wondering what train to nowhere I should catch. Waking at the Belvedere Ave. house—dubbed Merle’s Alley—I shared with four buddies, I was relieved, even though the first order of the day was meeting Studebaker Hawk in Gilman Hall, where he’d tutor me for a midterm Spanish exam. The Hawk was patient, telling me to focus—I happily scraped by with a 70, a gift from a friendly professor—but we meandered onto the subject of Bob Dylan, who was new to my commuter classmate, a product of a strict Christian home in an undesirable neighborhood in Baltimore County, and it was a barter of knowledge.

Flashing to 2017 that same night, I thought about an egregious typo in Stacey Richter’s otherwise marvelous 2008 collection of short stories, Twin Study, which I’d just read. There, in the book’s best story, “Duet,” partially set in Greenwich Village, the main character Clara was walking with a friend on Bleeker St. and that missing C once again ticked me off about this century’s disregard for such mistakes, and how the media’s mass layoffs have disproportionately, and stupidly, gutted research departments. A typo in a newspaper is one thing, but this was in a book published by Berkeley’s Counterpoint, which meant, presumably, eyeball after eyeball didn’t catch that Bleecker St. was misspelled. But then I shrugged it off, just like the nettling phone calls to utility/tech companies that help define modern life.

It'd been over a year since I listened to a CD copy of Dylan’s Blood on the Tracks, and as it was one of the first discs I purchased in the late-'80s when LPs were shoved aside, the sound was awful. I prefer the rejected acoustic takes of “Tangled Up in Blue” and “Idiot Wind” (later released on the first Bootleg Series), but the crackling, spitfire “Lily, Rosemary, and the Jack of Hearts” still mesmerized me, just as it had when I bought a cassette version upon its release in late-January of 1975. By then I was living on Greenmount Ave. and drove my roommates nuts by playing the song over and over—“Jack of Hearts” had, for several weeks, taken over my mind, and I even began writing News-Letter articles imitating Dylan’s frenetic style. That happens when you’re 19 and a young, self-indulgent journalist, I’d guess.

I’d just returned from a road trip to Mexico City with two amigos from Houston, so maybe I was feeling that Dylan mythos of boxcars and carnivals and sleazy cantinas where knives were drawn and beers cost a dime. We’d stayed in a fleabag hotel off the beaten track, a couple of bucks a night, and I was promiscuous—not with the corner whores—by ignoring all precaution and eating street food at will, fried or broiled by bored, contemptuous vendors. Unlike my compadres, who volleyed for bathroom time in our dump, I was invincible. That extended to the never-ending third-class train ride back to the then-dangerous Monterrey from Mexico City, an all-day-and-all-night trek that was notable for its over-capacity load, so bad you couldn’t get up to take a piss for fear of losing your seat. It was a milk run, which was pretty cool, since hucksters at each station would roam through the aisles, selling food and cheap clothing. I ate tamales and tacos, and bought a multi-colored synthetic bag for 50 cents that proved durable, not falling apart until 1978 or so.

The picture above—photoshopped by my friend Leigh Ann—combines an image of me in the spring of ’75, wearing a knock-off hat I’d bought in San Antonio, and for whatever reason, a couple of roses, on the upper quad at Hopkins, listening to a band with a large crowd, with an iPhone snap of the moon I took last fall. Seeing it in front of me now, I compare the younger me—in a time when Jerry Ford was the butt of jokes, Patty Hearst still on the lam, Vietnam finally wound down, Bruce Springsteen months from exploding, the dawn of disco upon us, and leisure suits, which made any sensible person retch, were still created in the Garment District—to the guy with a head of parsimonious gray hair, thinking about the fake news fad, the media’s desperate attempt to maintain any credible revenue stream, the nearly-psychedelic beginning days of Trump’s administration, and the mood of the country, which is probably not as angry as the newspapers—as if their top editors entered a consortium—claim. I was knocked over when Trump’s prosaic, at times unintelligible, inaugural speech was broadly described as “dark.” Hey, it ain’t dark yet. In fact, though while watching I winced at his gratuitous and frequent evocation of God and troublesome protectionism, the mercifully short address was long on honesty. I really did guffaw when pundit after pundit lambasted the president for his temerity to blast the go-along, get-along governance that’s typical of the Beltway. It was ungracious (as if Trump’s ever been accused of grace or manners) to say something so mean when four ex-presidents sat behind him. I thought he was just being honest on that score. And while the word “carnage” was ham-handed in describing America’s violence, both in some cities and mass shootings, when such an event occurs, the media’s all over it, and Hollywood script writers are put on alert to exploit a tragedy. We all know that a film about the Orlando massacre is right around the corner: I’m just surprised the Newtown murders haven’t been re-lived in theaters yet.