Survivalists and Preppers are Misguided

Now's the time for solidarity. 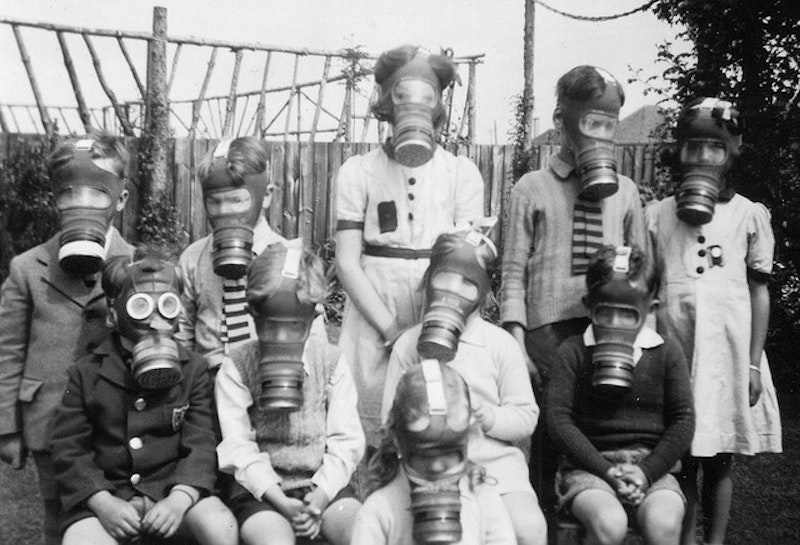 The public has forgotten the dire predictions of Family Radio host Harold Camping. In 2011, Camping declared the rapture would occur on May 21st. When that date came and went, Camping's image was permanently damaged and he remained in obscurity until his passing. However, while it may be easy for us, in hindsight, to dismiss Camping's predictions, in reality a sense of doom is very easy to cultivate. Catastrophic thinking can end up taking legitimate problems and blowing them so far out of proportion that the believer is thrust into a state of constant fight-or-flight mode.

After the 2016 election, it’s not difficult for liberals to feel a sense of doom. Even presented in a non-sensationalized manner, there are plenty of headlines that will set off alarm bells. While some are becoming more politically active, others have begun to form survivalist and prepper groups online. Voactiv has reported an increase in liberal survivalism since Trump's election.

Survivalism has long been associated with conservative thought, but clearly the sense of fear that produces this behavior has no political stripe. What the public doesn't know is that this is the second wave of liberal survivalism within the past decade. The first occurrence began when the worst-case scenarios involving peak oil and climate change fueled an ecological panic. Dire predictions of oil shortages, economic turmoil, and a massive culling of the human population became popular talking points. But eventually, that faded away from mainstream discussion as recovery occurred.

But survivalism offers little in the way of making lives better for other people. It focuses inward, protecting the self and those aligned with it from a hostile world. Its indifference to the innocent and the bystanders makes for a worldview in which apathy becomes a justified response. The perceived inevitability of the apocalypse drains the desire to make the world any better. Relationships with other people can also afford deterioration, since the stakes are perceived to be one's very own survival.

Going off the grid and stocking up for a day of judgment is not going to solve the problems that America currently faces. The people who have the ability to make a difference are better suited working in their communities. A closet stuffed full of guns and canned foods will do little to solve the real issues faced by the American people. Instead of preparing for a collapse, it’s best to focus energies on a productive solution. We can start by ditching the idea that doom is the only possible outcome.