The Unwelcome Spring of Recollection

A meditation on the nature of time, place and sadness. 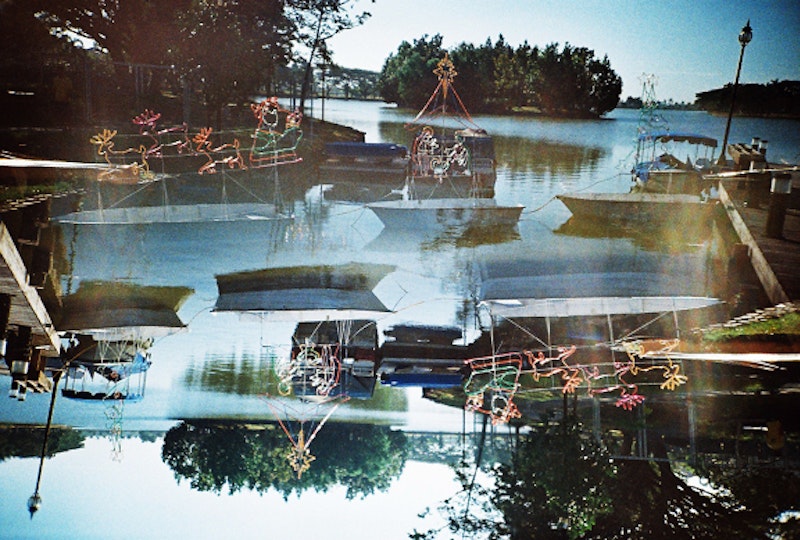 Anyone who has lived or spent time on the Eastern Shore of Maryland is familiar with Roses’, a chain of department stores scattered here and there. I haven’t been to one in ages, and I don’t remember much about them, except for a lingering sense of them being understaffed, desolate wastelands of stuff I didn’t want to buy and couldn’t imagine anybody else wanting to buy.

From June 1999 until May 2000, I lived in Denton, working for a newspaper there. If memory serves, a Roses’ was situated not far outside of Denton on a lonely stretch of highway without much close by. To the left of the store, if you were facing it from the highway, was a bordering road that presumably led towards neighborhoods and farms and God knows what else. This road could be used to enter the Roses’ parking lot, on the right, or to access an abandoned restaurant, on the left.

I can’t remember the exact name of that restaurant, but FUN FOOD was part of the name: so, _____ FUN FOOD, with a simple, smiling face on the sign, perhaps to drive home the point of the food being festive and fun, at whatever point one was able to eat there. It always bothered me, ____ FUN FOOD. Had someone seen fit to remove the sign, it would’ve been a less despairing experience; it would’ve just been another of dozens of crumbling failed businesses that dot roadways everywhere.

Now, I didn’t have anything invested personally. I never ate there, and never knew a time when parents brought their kids for FUN FOOD, maybe on a Friday or when they received a good grade. Yet I nonetheless felt a sort of vicarious sadness because, for somebody, for some teenager or twentysomething, ____ FUN FOOD was probably the source of countless special childhood memories. Maybe Grandpa took the kid there, or the kid experienced some birthday parties there, or, whilst lugging Roses’ bags of stuff into the family car, longed to break free, drawn by the illuminated smiling sign, as though it were some sort of beckoning corporate beacon.

Think of the employees after hours, sparking a spliff out back, making plans to party, cranking the tunes. Think of witnesses to accidents comparing notes in the parking lot as police seal off the highway and prepare to troll for statements. Think of a powerful leaf blower cleansing the property as fall rolls into winter. To contend with this—even as an outsider—is to make common cause with the essential sadness of life, the evanescence of instances that arrive and end without notice or ceremony, piles of sunrises and sunsets that melt and evaporate like snowflakes. To come to terms with this to accept, embrace, cherish, and be wholly present in the now. You missed it; it’s already in the rear-view mirror, dissolving unforgivably into the dead past.