The Old Man and the Knee

Successful surgery for my dad. 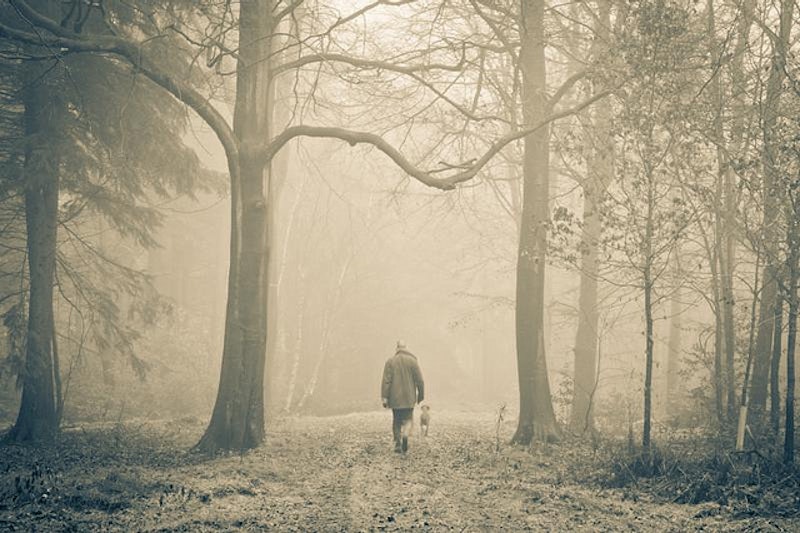 I used to walk with my father most nights for an hour. We’d walk from his place in Lynden, Washington in a three-mile loop, but could shorten it to two miles if needed. As the years wore on, we had to slow down, and then shorten it to the two-mile trek; finally, Dad just stopped walking. The pain was too much. “Go on without me,” he said. Some nights I did, but my thoughts were a poor substitute for conversation with Pastor Bob Lott. Not nearly as many of the world’s problems got solved.

The culprit was his left knee. Arthritis was the least of his troubles. Dad has always walked with a limp but he hates it when you call it that. His firstborn son got one too. Our right hips don’t swivel like they should. This gives us a distinct gait that you can pick out in a crowd. We end up bobbing side-to-side trying to walk in a straight line. Done with enough confidence, this looks like a swagger. Bravado aside, it’s still a limp that makes the left knee the real beast of burden.

Dad stopped distance walking, playing softball, and dong many other things that he used to enjoy so much. It didn’t help. His knee throbbed more and more. When Mom finally frog-limped him into a specialist’s office, he learned cartilage was but a distant memory there. It was bone-on-bone and worse was yet to come.

My old man started with the Hamlet routine about a replacement. The physician cut him off mid-soliloquy. He told Dad the connections in the joint were so bad that if he didn’t get a replacement soon, a replacement would not be possible. The stark choices were: undergo a painful surgery and up to a year of recovery now, in his mid-60s, or spend the rest of his life as a cripple.

Neither Dad nor anyone in his immediate family wanted to see him steering a wheelchair into the twilight, so surgery it was. He started with the pre-op physical therapy and went to the classes. St. Joseph’s hospital in Bellingham scheduled it for June and then found an opening in the first week of May instead. On Tuesday, surgeons sawed out his old knee and glued a new one in place. On Thursday, the doctors and physical therapists decided he’d made enough progress to send him home.

Dad does not relish the months of recovery and physical therapy that lie ahead. Neither do his wife or the two brothers Lott who live nearby. But, my God, what an amazing world we live in! Until very recently, a broken knee was a life sentence. People can now get multiple replacements in a lifetime.

Post-op, the surgeon was excited to inform Mom and yours truly that Dad’s new knee was the just-approved latest generation. It was easier to fit and could last twice as long as the eight-10 year synthetic knees he was installing just last week. By the time my own knee goes over the cliff, implants should last 20 years or more, easy. Well before that, I look forward to Dad recovering enough so that we can start walking again. We’ll go first around the block, then the two- and three-mile loops and then, well, who knows where we’ll stop?

—Jeremy Lott is an editor of Rare.us