I loathe the infernal sound emanating from that mediocre noisy claptrap. 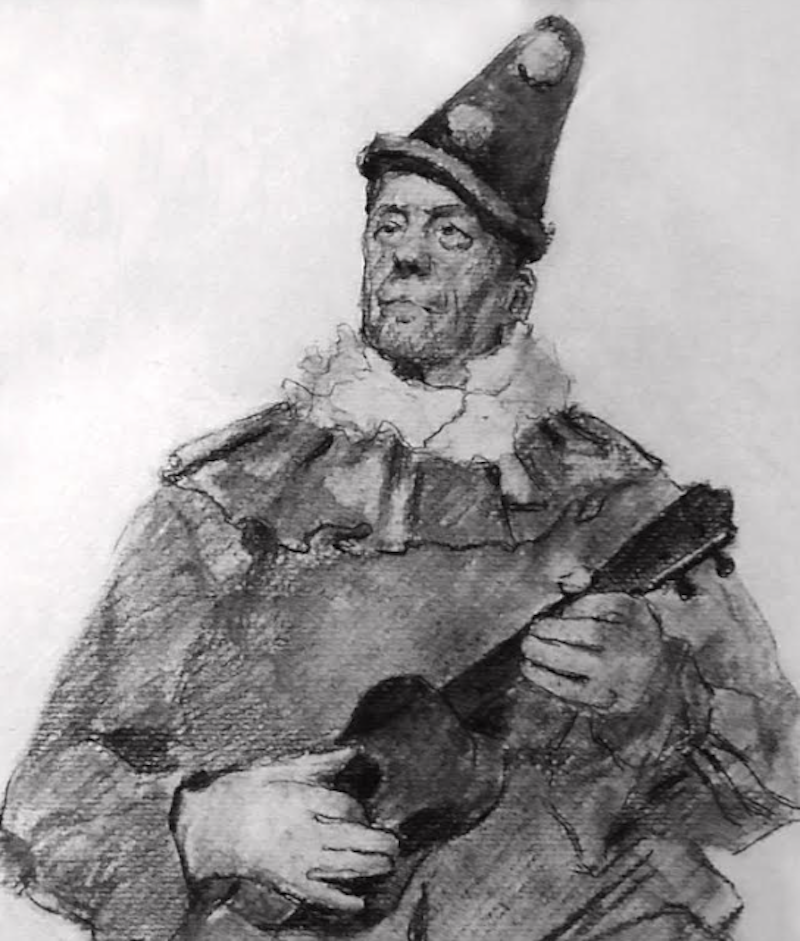 I'm not a big fan of the ukulele. I loathe the infernal sound emanating from that mediocre noisy claptrap. The silly thing's a malignant and highly overrated stringed instrument, so obnoxious to the human ear it's painful. Making a racket like a kiddie's toy guitar. The plink plunks, pick, strum, and slap of those bendy nylon strings make an irritating cartoony sound I find repellent. Most people believe it originated from Hawaii. Popularized there in the islands for over a century. But its birthplace is Portugal, brought to Hawaii by sailors and merchants. In the late-1800s, Portuguese musicians, called it a machete De Braga, or the cavaquinho. The official brand name, ukulele was registered mass-produced and patented in 1917. No doubt its origins go back even further than the 1800s, like so many primitive stringed instruments, to its African roots.

One story tells of a former British officer named Edward Purvis, who made Hawaii his permanent residence. Purvis, of tiny stature and effeminate, was dubbed Mr. Ukulele because he pranced about the royal palace like a fidgety jumping flea. I'm not sure if he even played it. Another tale is that native Polynesians nicknamed the ukulele because of its playing-styled finger plectrum techniques. Again, the Portuguese musician's hands jumped quickly back and forth with a frenzied flamenco-like flourish reminding them of fidgety fleas. Finally, the last Hawaiian monarch, King David Kalakaua, widely promoted the instrument. A player himself, the king held it in high regard, making it part of all royal ceremonies.

When the jazz age arrived, through the 1930s, the fad continued. The uke was the standard for swinging gin joints, speakeasies, and later vaudeville. "What's the password, buddy? Joe sent me. With a uke." No flapper or varsity boy would be complete without a ukulele. It was a standard prop for every old-fashioned musical occasion in the living room accompanied by piano, organ, and parlor guitar. Maybe a banjo, squeezebox, or even a kazoo. The craze has become a current phenomenon. Like an accordion, the ukulele is a modern-day oddity.

There are more than a handful of virtuoso ukulele masters. Arthur Godfrey bought the novelty to the radio and, later, to his weekly TV show. Then Tiny Tim, who tiptoed his way to worldwide fame. He died of heart failure in a fitting end while singing his signature hit, “Tiptoe Through the Tulips,” live on stage. His campy bizarro act began at venues like Gerde's Folk City in Greenwich Village. His schtick spread like after appearing on the 1968 comedy show Rowan and Martin's Laugh-In.

There's the Hawaiian Israel Kamakawiwo'ole, one of the most famous ukulele players globally, along with Don Ho. The latter recorded the hit song “Tiny Bubbles,” in 1966. Plus, Eddie Kamae, Grace VanderWaal, and Jake Shimabukuro, all Ukulele Hall of Famers. There's even the Ukulele Orchestra of Great Britain. Also on the kitschy novelty end of the instrument is Roy Smeck, who played, with his teeth, did crazy dances and magic tricks as part of his repertoire. The versatility of this little guitfiddle has no boundaries. Many of today's pop stars feature the ukulele. Among them, Taylor Swift, Eddie Vedder, Elvis, Cyndi Lauper, Pete Townsend, and John Lennon. Even a 12-year-old Jimi Hendrix began his career playing a uke after discovering an old beat-up version with one string in his dad's garage. As told by his brother Leon, Jimi could play any song on the battered instrument by bending the string and turning the tuning peg to hit the right notes.

There was a time when car dashboards had a ceramic bobbling topless Hawaiian girl in a grass skirt and a ukulele. Swaying to the AM radio playing while cruising down the highway. Next to the plastic Jesus under the dangling fuzzy dice hung on the rearview mirror. But the ukulele could never stand up to the rise of the electric guitar. Let's face facts, kiddo. There’s a place for the uke in musical comedy history or a vintage cartoon. Still, it's a stretch to look dangerous or extraordinary, playing heavy metal rock or extended solos on a ukulele. The charm wears thin. What if Robert Johnson made a deal with the devil at the crossroads to play the ukulele? How about Johnny Cash or Hank Williams strumming one?