What's more important: winning or how you play the game? 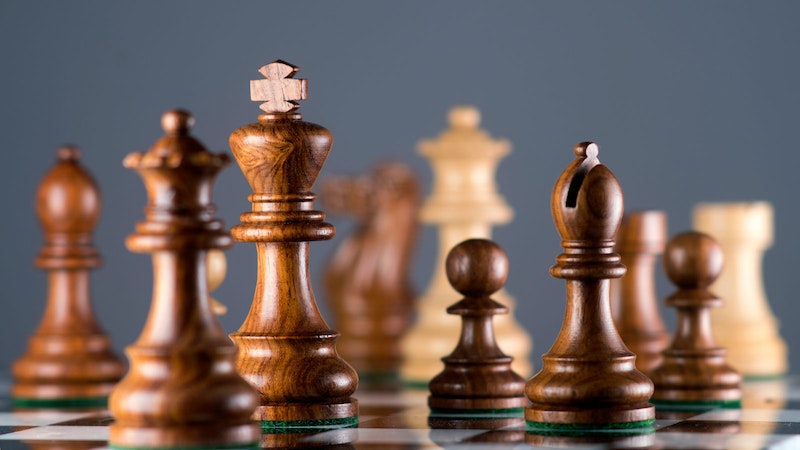 I recently reread “The Queen of Spades,” a short story by Alexander Pushkin. It’s about a young military officer, Herman, who, usually circumspect and averse to risk, becomes obsessed with gambling. Specifically, he learns that an old and decrepit Countess knows a secret that’ll allow anyone who possesses it to win large sums of money at a card game called Faro. The desire to learn this secret leads to his downfall. “The Queen of Spades” is about many things at once. It’s a meditation on time, youth and age. It speaks of dreams both realizable and hopeless. Most importantly, it’s about a man who only wants to engage in life when he knows he can win. The rest of the time he sits on the sidelines criticizing those who try and don’t succeed. He believes he can beat the system with the secret of the Countess, beat life itself, and emerge unscathed as the victor. Herman tempts fate, and is guilty of hubris, the greatest of sins.

Is life a game?  Are there rules? What’s the difference between a law and an arbitrary rule made up for a game? Let’s contemplate one of the rules from the board game Monopoly: Go Directly to Jail, Do Not pass Go, Do Not Collect $200. What’s the difference between that, except one of scope and usually a claim to a divine origin, and any Code of Law?

There’s a wonderful site at the Yale Law School Library called The Avalon Project. It’s a compendium of legal documents going back over 2000 years. It is, in certain ways, a history of mankind’s often stumbling progress towards some sort of civilization. I discovered the Salic Laws, an ancient Frankish civil law code compiled around AD 500 by the first Frankish King, Clovis. The following law deals with the situation which arises when one is unable to fully pay the fines imposed for homicide.

If anyone has killed a man, and, having given up all his property (as a fine), has not enough to comply with the full terms of the law, he shall present 12 sworn witnesses to the effect that, neither above the earth nor under it, has he any more property than he has already given. And he shall afterwards go into his house, and shall collect in his hand dust from the four corners of it, and shall afterwards stand upon the threshold, looking inwards into the house. And then, with his left hand, he shall throw over his shoulder some of that dust on the nearest relative that he has. But if his father and (his father's) brothers have already paid, he shall then throw that dust on their (the brothers') children-that is, over three (relatives) who are nearest on the father's and three on the mother's side. And after that, in his shirt, without girdle and without shoes, a staff in his hand, he shall spring over the hedge. And then those three shall pay half of what is lacking of the compounding money or the legal fine; that is, those others who are descended in the paternal line shall do this.

Though more complicated than Go Directly to Jail… I can’t perceive of any fundamental difference between these two sets of rules.

The Torah is probably the greatest rule book ever created. There are 613 Laws that if followed lead to one positive outcome and if broken to a very different, negative outcome. These rules were created by God along with the awards to be gained and penalties to be suffered if the rules weren’t followed. God laid out the following game plan: Follow these rules and life will be okay for you and your offspring, and as a recompense eventually you’ll get everything you want; break these rules and you’ll suffer the consequences. The history of the Jewish people as described in the Old Testament is to a large degree the history of their learning to play by these rules. A little later, in true game-like fashion, Jesus came along and said that all the 613 laws were summed up in the single law “Love thy neighbor as thyself.”. Though this seems just as reasonable as a game plan it has proved no easier to follow.

Could it be that we live like players in an unknown game? Bobby Fischer, the greatest chess champion, said “Chess is Life.” He knew the rules and the strategies. In chess the goal is to create what is called Zugzwang. This is the ideal chess situation where one player makes a series of moves that determines his opponent’s play in an inescapable sequence, thus defeating him. Isn’t this the goal of all human behavior in society as we know it? To be the winner? Or is it how you play the game that counts?