People who aren’t actively fighting racism and harping on their white privilege are assumed to be racists. 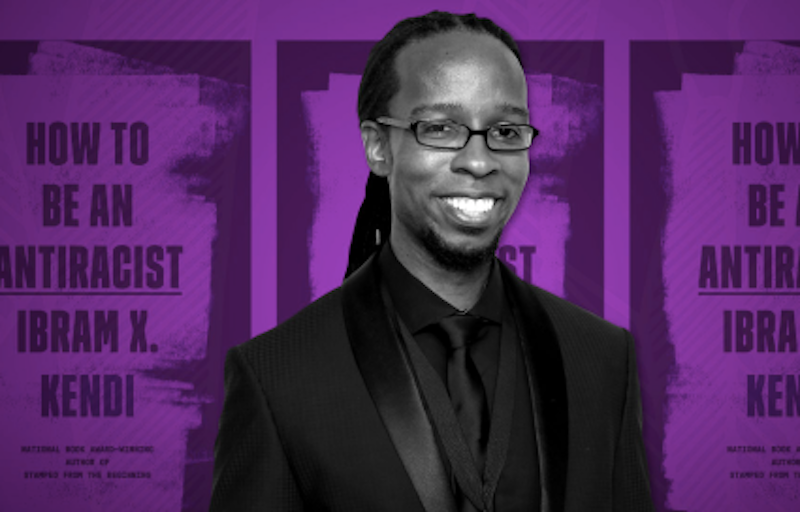 Supreme Court nominee Amy Coney Barrett and her husband have seven kids, including two black children they adopted from Haiti. This presented a problem for Boston University history professor Ibram X. Kendi, author of New York Times bestseller How to Be An Antiracist, because people were saying that it's proof that Coney isn't a racist. He tweeted, "Some White colonizers 'adopted' Black children. They 'civilized' these 'savage' children in the 'superior' ways of White people, while using them as props in their lifelong pictures of denial, while cutting the biological parents of the children out of the picture of humanity."

That's rough treatment (using adopted children as props?) for someone who has rescued two children from a life of almost certain poverty. But Kendi, one of the nation's top proponents of Antiracism theory, spares no one, particularly Republicans. He's taken it upon himself to act as the sole arbiter of who is and who isn't a racist, and his brand—which is an exclusive brand—depends upon giving a pass to as few people as possible. If there were many more American non-racists, Kendi would go out of business.

One of the most lucrative speaking gigs at the moment is explaining to guilt-ridden white people, with an attitude of unchallengeable self-righteousness, the ways in which they're unconsciously racist. Saira Rao, an Indian-American obsessed with white people, charges wealthy white women $2500 to give them the lowdown on their unchecked biases over dinner, and they have to provide the food. It's a deluxe struggle session with fresh pasta, and Sauvignon Blanc. Robin DiAngelo, a white professor and author of White Fragility, charges $10,000 for her seminars in which you can learn about your role in the scourge of “whiteness” that's plaguing society. But Kendi (né Henry Rogers), who's black, makes those two hucksters look like rank amateurs. Fairfax County Public Schools recently paid the tenured professor $20,000 for a 45-minute Zoom talk followed by a 15-minute Q&A session.

While highly-paid athletes are expected to perform at peak levels repeatedly, Kendi can prepare one lecture and use it multiple times. Answering questions for 15 minutes is the only new work that's required of him for each talk, and 15 minutes seems stingy when you're an educator and an hour's work can earn you enough to buy a new car. The fact that a public institution is willing to pay such an exorbitant fee is testament to the sway Kendi's come to hold over progressives' imaginations.

The main pillar of Antiracism, a quasi-religious movement reliant on faith rather than research, is that systemic racism has permeated every institution in the United States. The only cure is to tear everything down and start over. People who aren’t actively fighting racism and harping on their white privilege are assumed to be racists. As few white people meet the criteria for actively fighting racism (Robin DiAngelo and a handful of others), most of them, even on the Democratic side of the aisle, are considered racists. It's all about defining racism "up” in order to maximize the number of offenders.

A semantic contortion Kendi relies on is redefining racism as any policy or idea that results in racial inequity. For example, if black people are disproportionatley underrepresented in orchestras, that wouldn’t mean that, for cultural reasons, mastering classical music on a musical instrument is less of a priority in black families than, say, Asian families. It’d mean that the "system" is set up to deliver that result. I'm curious to hear Kendi's evaluation of the racial makeup of the NBA (80 percent of the players are black) or the NFL (68 percent black). If he applied his ideology consistently, the hiring policies of those two leagues, which are pure meritocracies, need to be revamped to effect greater  representation for another of America's minority populations—Arab-Americans.

If there were fewer black players in professional basketball and football, the quality of those sports would deteriorate. This is the situation that Kendi wants for every job, and the same results would follow. Meritocracy is the great enemy of Antiracism. In order to address what he calls America's "original sin" (no amount of effort, according to religious doctrine, can ever wash away original sin) and achieve "equity," Kendi has called for a constitutional amendment that mandates the funding of a Department of Antiracism (DOA) that would consist of "formally trained experts on racism" who’d be responsible for pre-clearing all local state and federal policies to ensure that they won’t result in unequal outcomes for black people. By "formally-trained experts on racism," Kendi's referring to Antiracism advocates who believe nearly all white Americans are racists.

Kendi, the son of two professionals and holder of three degrees, has stated this publicly: "The fact that Black people still manage to carry on and create and find joy and love in the valley of the shadow of pain and death is nothing short of a miracle." Perhaps we should doubt someone with so much privilege talks with such hyperbole. Racist attitudes have been in dramatic, measurable decline for 60 years, but in Kendi's dystopian world, the definition of racism is always expanding.

I fear that the millions of people Ibram X. Kendi labels racists wouldn't fare too well in his new world. It's just too hard to trust someone who makes $20,000 an hour but refuses to answer questions for more than 15 minutes.