The Warped Similarities Between Millennials and the Lost Generation

Millennials thrive or die based on the number of dopamine hits they’re getting in the form of hearts and retweets. 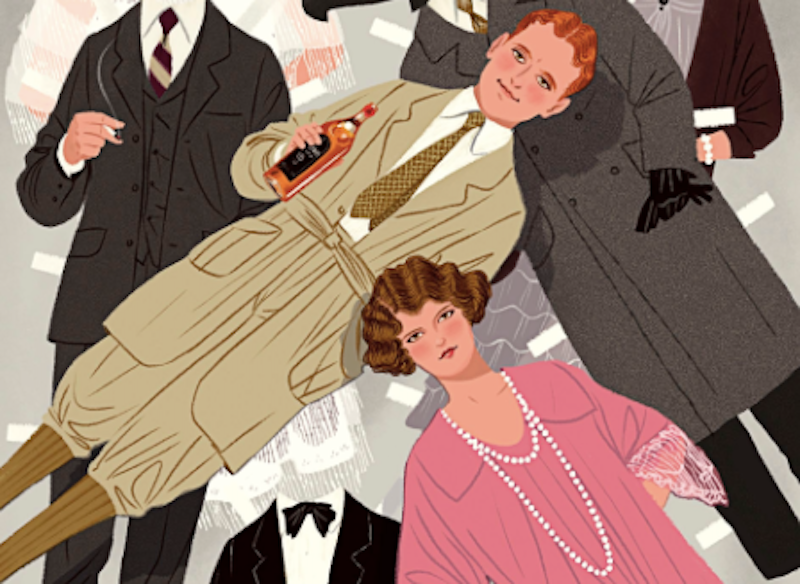 F. Scott Fitzgerald’s essay “The Crack-Up” originally appeared in Esquire in 1936. Along with literary peers like Gertrude Stein, Ernest Hemingway and T.S. Eliot, Fitzgerald belonged to that group born between 1883 and 1900, known as the Lost Generation.

Before some in that era had reached adulthood, they saw revolutionary inventions that changed the way society lives and communicates. The feature-length movie. Radio broadcasts. Air conditioning. Television. At the same time, they worked from a very young age before there were child labor laws, saw the proliferation of organized crime thanks to Prohibition, watched as fortunes fell in the Great Depression. If they were lucky enough to avoid fighting at the tail end of World War 1, they couldn’t escape reading about its horrors in the newspapers. Crushing blows and enormous societal upheavals were the yin to the yang of innovation after stunning innovation. That’s to say nothing of the pandemic of 1918 that brought us H1N1.

Millennials (or more accurately the gray zone between latter-born Generation Z and Millennials, as generations always blend) aren’t an exact echo of their forebears, but one can still see in the funhouse mirror reflection their TikTok videos, coronavirus masks and Weltschmerz.

In Generations: The History of America’s Future, 1584-2069, William Strauss and Neil Howe highlight key facts about Lost Generation that are useful in comparing and contrasting the two groups. Take literacy, for example.“From first cohort to last, Lost youths showed little improvement in rates of illiteracy, absenteeism, dropout or college entry.” Compare this to Millennials, where the share of college-educated young adults is higher than ever before, according to a Pew research survey.

While one generation was essentially undereducated, today’s Millennials are overeducated. Despite their degrees, they still end up feeling ill-prepared for the adult world thanks to student loan debt, a crowded field among job applicants and as the APA puts it, “…the highest level of stress than any other generation, suggesting a need for more conversation surrounding mental health and the pressures facing recent graduates.”

What has all that education wrought? And what lessons didn’t they learn that put a group of people in the position of feeling total angst? While it’s obvious the state educational system is broken in this country and has been for a long time, the blame doesn’t lie solely on the curriculum or the way in which it is taught.

Social media is partially if not largely at fault, due to tech companies that are willingly using the users as psychological pawns in games of their own devising. Consider virtual reality pioneer and social-media skeptic Jaron Lanier’s answer to a GQ interviewer who asks if it is possible to use Twitter and Instagram without feeling like shit afterward. “That’s like asking ‘Is it possible to use heroin well or be a healthy gambler or cigarette smoker?’”

In an existential sense, Millennials thrive or die based on the number of dopamine hits they’re getting in the form of hearts and retweets. Their drug of choice provides the validation high. Since they’re at the mercy of an algorithm and fickle fame this drug is just as toxic as the other synthetic ones that came before it.

The Lost Generation was the first to grow up during a time of rampant narcotic use. This behavior was so widespread that America kicked off the war on drugs by passing the Harrison Narcotics Tax Act in 1914 to control the sale and distribution of opioids. Two years later, Bayer stopped producing heroin in mass quantities in 1916 in an attempt to solve the problem.

The shared inter-generational malaise also manifests itself in the suicide rate. Strauss and Howe cite that the Lost were 50 percent more suicide prone than the previous generation. Millennial overdoses and suicide rates have skyrocketed too, and this was true before the pandemic hit. The Lost were shocked by the horrors of war, whereas Millennials are crippled by a war of inner turmoil. It’s as if the innovations haven’t mattered and we’re still stuck in the same hole a century later.

One generation worked in sweat shops because of limited education. Whatever money they made might’ve been lost during the Great Depression. Today’s generation started badly thanks to 2008’s recession. They initially bought into the fallacy of independence that the gig economy pretended to offer, and then quickly realized it was just corporate America with a different veneer. Now, with the economic landscape obliterated, it’s harder to find any kind of work at all.

But it isn’t all gloomy for Millennials. Just as the Lost Generation had standout literature, art and Hollywood’s Golden Age, there are more entertainment options than ever before—and more ways to turn those entertainment options into potential income. No other generation could count on earning any kind of salary (let alone six or seven figures) by simply unboxing a phone, playing a video games, offering makeup tutorials or lip-syncing. There’s more potential than ever before.

There are highs and lows. Millennials celebrate life with joie de vivre, even during the hard times. Their enthusiasm is something to champion. Not every generation has the courage to break free of its norms and try something different, even if they fall on their faces. Not every generation contains so many scientists willing to experiment with living.