A Fatal Love for Snakes 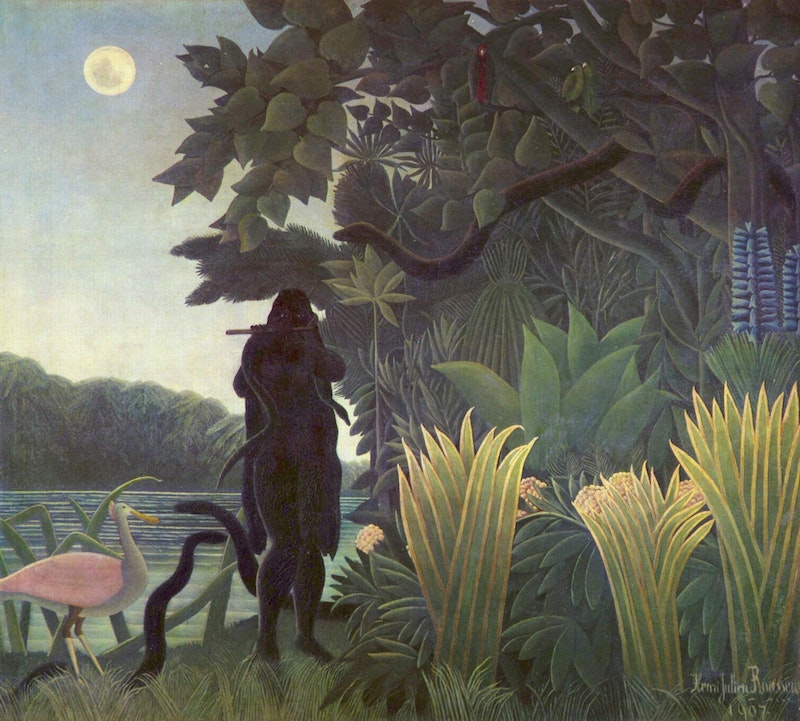 Joe Slowinski loved snakes. Growing up in Kansas City, he caught his first snake at five, a black rat snake. At 15, he was bitten by a rattlesnake. He survived and became obsessed with venomous snakes. While a student at the University of Kansas, a copperhead bit him. He was administered multiple vials of antivenin and his thumb swelled to four times its normal size. Undaunted, he drove directly from the hospital to catch more copperheads with his uninjured hand.

In the book The Snake Charmer by Jamie James, Slowinski is portrayed as an enthusiastic and cocky adventurer who viewed himself as a modern-day Charles Darwin. He loved telling people that snakes couldn’t kill him since he had “thick skin.” He received a Ph.D. in herpetology at the University of Miami specializing in elapids, a species of snake with neurotoxic venom. Elapids included cobras, mambas, coral snakes, sea snakes and kraits. The venom’s significantly more lethal than the hemotoxic venom found in rattlesnakes, copperheads and cottonmouths.

Slowinski became curator for the Department of Herpetology at the California Academy of Sciences. He founded the first online herpetological journal Contemporary Herpetology. He published academic papers on elapid diversity and evolutionary theory. His passion was fieldwork. In 1997, he ventured on the first of 10 expeditions to Myanmar (Burma). He discovered 18 new species of amphibians and reptiles, including a new breed of spitting cobra.

While corralling the cobra, the snake spread its hood and spit into his eyes. Slowinski rolled around in agony. Villagers washed his eyes with tamarind juice to prevent blindness. On a subsequent trip, another cobra bit him through a canvas bag. The fang went deep into his hand. He was allergic to cobra antivenin and knew there was nothing that could be done. When a few hours passed without complications, he realized he’d been lucky. He’d suffered a dry bite.

In August 2001, Slowinski led an expedition into the Myanmar forest at the foot of the Himalayas. The trip was intended to last six weeks and cover 200 miles. The goal was to categorize and inventory a broad array of species. The group included bird and frog experts, two Chinese scientists and four Burmese field assistants.

Slowinski told the group, “This is probably going to be one of the hardest things you’ve ever done.” It was monsoon season and progress was slow from the start. Mosquitoes and sandflies carried malaria. Team members spit tobacco juice on their legs to keep leeches away. Each day, Slowinski found specimens of birds, frogs and snakes. A photographer documented each find.

Slowinski was careful with the venomous snakes, knowing a bite in the middle of a rain forest would be a problem. The Burmese government had promised to supply two military doctors for the expedition. The doctors never arrived. The group had no walkie-talkies. Satellite cell phones were prohibited in Myanmar so the expedition was effectively cut off from civilization.

On the fifth day of the trip, they awoke to a foggy rain forest. One of the Burmese assistants wrangled a small snake in a bag. He brought the bag to Slowinski saying he’d caught “a dinodon,” a non-venomous red-banded snake. Slowinski always taught his students not to handle a snake before identifying the species. For some reason, he reached into the bag without looking inside first. He was immediately bitten. When he removed his hand, he saw a foot-long, banded juvenile snake attached to his finger.

“I was just bit by a krait,” he said. A krait is a cousin to the cobra but much more deadly. Krait venom is second only to that of the Australian taipan in lethality. It carries enough toxins to kill two dozen grown men. During Vietnam, soldiers called kraits the “two-step snake” since victims took only two steps before dying. The neurotoxic venom affects the central nervous systems and causes respiratory failure.

Slowinski joined the team members as they were having breakfast. It was 7:30 in the morning. By eight, he felt a tingling in his hand. Two Burmese assistants were told to run eight miles to the nearest town for help. Slowinski calmly explained to the group what was about to happen.

A slowly increasing paralysis would move through his system. Eventually his breathing would stop. Mouth-to-mouth resuscitation would be required to keep him alive. If the group could keep him alive for 48 hours, the poison would work its way out of his system.

He told the group to support his head so he wouldn’t choke on his own vomit. By nine a.m. his voice became raspy, his breathing staggered. He could no longer keep his eyes open. His speech was slurred. Then he lost the ability to speak. By noon, he stopped breathing on his own. The group began mouth-to-mouth.

Someone gave Slowinski a pad of paper to write messages. He wrote, “Blow harder.” A few minutes later he wrote, “Let me die.” The group refused to let that happen. They took turns breathing for him, vowing to keep him alive until help arrived. By three p.m., the Burmese assistants returned. They’d asked the military to send a helicopter but fog and rain made flying conditions dangerous. In addition, there had been a national military emergency. The day of the snakebite was September 11, 2001. All aircraft were grounded.

Miraculously, the group kept Slowinski alive for 30 hours. He remained conscious the entire time. He communicated by moving his big toe. By the time pilots landed the following day, he was gone. He was 38.

Slowinski’s body was cremated two days later in a Buddhist ceremony in the village of Myitkyina. The group learned there were more snakebite deaths in Myanmar than in any other country. Slowinski’s ashes were flown back to San Francisco along with several venomous snake specimens. A decade later, three species were named after Slowinski. They included a North American corn snake, a bent-toed gecko native to Myanmar and a species of krait native to Vietnam.