The Care and Feeding of Middle-Schoolers

It doesn't have to be miserable. 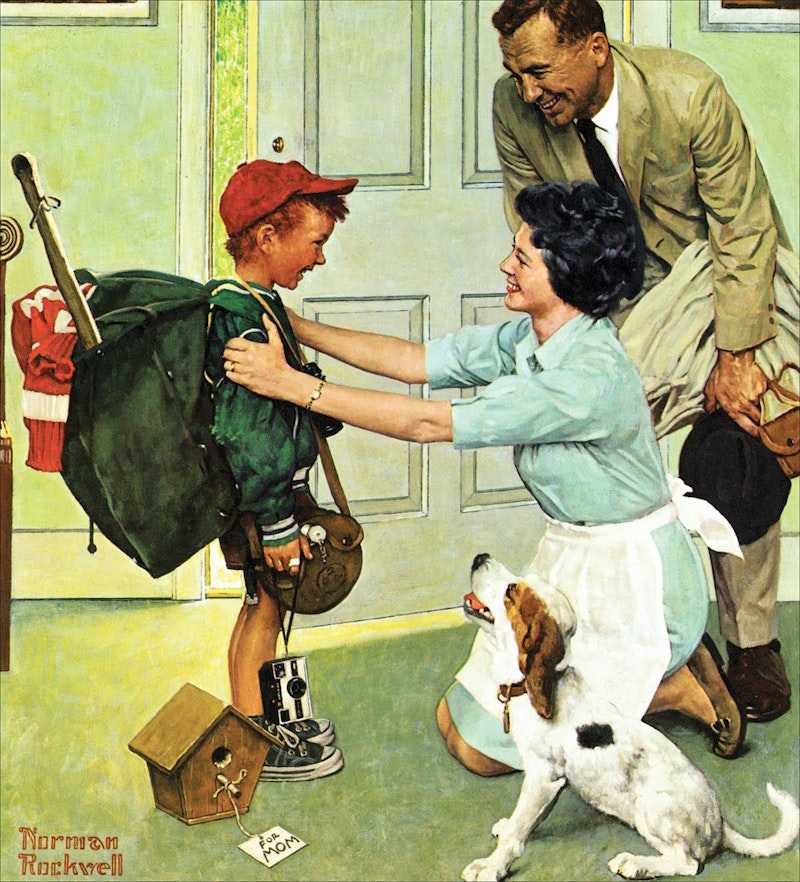 My son still likes me.

This isn’t how things are supposed to work, according to conventional wisdom, sitcoms, and every teen comedy ever. By the time the children are past eighth grade (as my child is), they’re supposed to be sulky resentful terrors, rolling their eyes at every parental inquiry or dictat.

When you say to your middle-schooler, "How was school today?" they’re supposed to reply, "grunt." They aren't supposed to chat with you cheerfully about their math lesson and gossip about the pros or cons of their classmates’ clothing choices. (My son is very fashion conscious. He doesn’t get this from his father.)

So what have we done wrong? Or, as the case may be, right? Why doesn't he hate us yet? Kids are somewhat mysterious, and I can't claim to know what's happening in the brains of the youth today. But here's my best guess.

Young people, like older people, differ substantially from one another. Some kids are surly and bitter; some are shy and nervous; some are filled with incoherent rage and some of them like mumble rap. When I was in middle school I was terrified of girls and mostly wanted to stay in my room and read science fiction. My son loves theater, is cheerful, and makes friends of every gender. I’d like to think we did something magical to make him that way, but since neither my wife nor I have any thespian leanings, and since both of us basically hate everyone, it’s more likely that we just won some sort of genetic lottery and hit on a previously unknown strand of atavistic extroversion. He likes people, and his parents are a subset of people, so he likes us. Sometimes fortune smiles on you—though of course, fortune can also turn its face away. Maybe next week he'll hate me. You can never be sure with kids.

My wife and I are fundamentally lazy people. As a result, our parenting style has always involved doing as little as possible and only fighting when we absolutely have to. We try to be strict about "no looking at your phone while you're walking across the street, for fuck's sake," but beyond that, our son is pretty much on his phone all the time, doing whatever it is kids do. Some sort of multi-player game? YouTube videos? I know he learned how to tie a tie online at some point, so that seems useful.

We don't closely monitor what he does in his room, either. We usually send him down to sleep at nine or so on school nights, but whether he actually goes to bed at that point is an open question.

I know he has friends who have draining and constant battles over social media use and video watching with their families. Parents may have a range of valid reasons for wanting to keep a closer eye on things. But avoiding as much conflict as possible, and respecting his privacy, has worked well for us so far.

At many points in history, and in many cultures, 14-year-olds are treated as grownups. There's no need to go all the way with that; my son is still living at home, and we're not planning on forcing him to earn a living for himself. But we're not pretending he's never heard anyone say, "fuck" either.

He was fortunate to have a very frank sex ed. class at his school, and he talked to us about what he learned (do not use foodstuff as lube. It works poorly.) He chats with us about who is dating and flirting with whom at school. It's all very low-key so far ("dating" seems to involve very minimal physical contact at this point.) We try not to be judgmental or nervous about it, or pretend we can prevent him from hearing about sex. Nor do we try to shield him from politics or current events. If he's interested and engaged with what's happening in the news, then he's old enough to know what's happening in the news. He's the one in his head; he's a better judge of what he can handle than anyone else.

This could be the calm before the storm; four years from now, when he's graduating from high school, he might be desperate to get away from us. Maybe he's just waiting for the right developmental turning point to realize that his parents are hopelessly un-cool; the eye-rolling may commence at any instant. For the moment, though, he appreciates that we try to let him have his own space, and treat him as much as possible as the adult he almost is, rather than like the child he isn't quite any more. We do miss our baby. But our teenager is lovely in his own way, too.