The Sad Story of Pit Bulls

Only one in 600 is likely to get adopted. 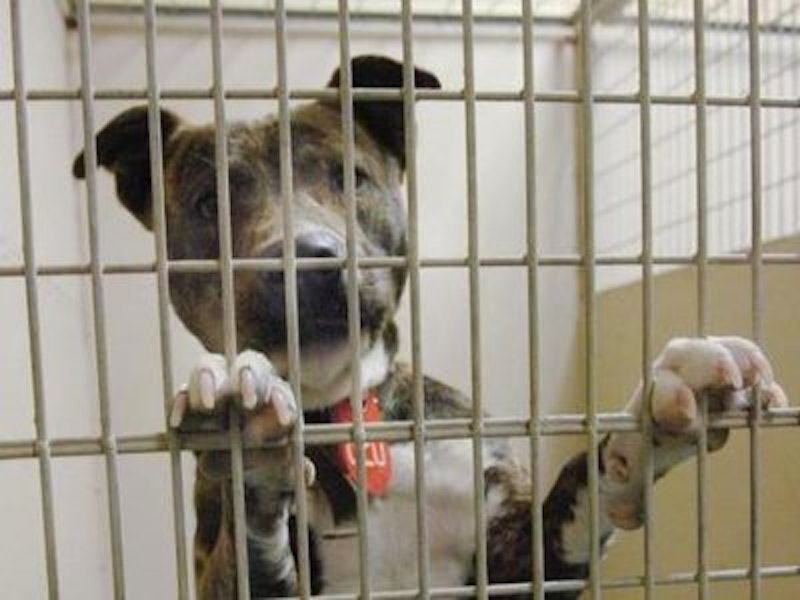 When my son was in college, he shared a house with four other students. One of them rescued a pit bull from an abusive neighbor and Cruise, as the mutt was named, became the adopted housedog. Right before Christmas vacation, the landlord informed the boys that the house was being sold and the lease wouldn’t be renewed. They searched, but no one wanted five college kids with a dog, let alone a pit bull. When my son flew home for the holidays, he called me from his layover in Chicago and informed me that Cruise was on the plane with him.

I swore the dog would not enter our home but eventually I relented and was pleasantly surprised. Cruise was an affectionate and loyal dog. Unfortunately, he was also unpredictable around other animals. He’d sit next to my dog and kiss her as if he were her best friend then the next minute he’d be attacking her over a crumb of food that lay between them. He wanted nothing more than to fetch a ball all day long, running free over the property. Then one day, when I was distracted for just a moment, he barreled through the fence of the chicken coop and decimated almost all of the birds.

In all honesty, any dog could have done the same. I’m certain my friend’s Jack Russell had the exact intention in mind when she eyed the chickens while visiting our farm.

Off her leash, it would’ve been the same scenario. Cruise ended up with a young, pet-free, child-free couple. It’s hard to find a pit bull a home because they always get a bad rap. They’re villains and have a long road to adoption thwarted by stigma and laws.

There was a time when pit bulls were considered a family dog. RCA recording company looked to the pit as its corporate logo. Buster Brown shoes did the same. Many famous Americans owned them. Mark Twain, Theodore Roosevelt, Woodrow Wilson, Fred Astaire and Helen Keller were all proud owners of the breed. These days, whether it’s backyard breeding or casual breeding, there’s too much irresponsible breeding of pit bulls. These dogs also have Breed Specific Legislation going against them. Pit bulls have born the brunt of the backlash because of their popularity among dog fighters; consequently places like Denver, Miami, Arlington, Virginia and other cities ban ownership of them, forcing some people to surrender their dogs to shelters.

Each year 1.5 million dogs are euthanized, approximately 40 percent of which are pits. Studies estimate that only one in 600 pit bulls will find a permanent home. Sad and simple math: there are too many pits and not enough people willing to adopt them.