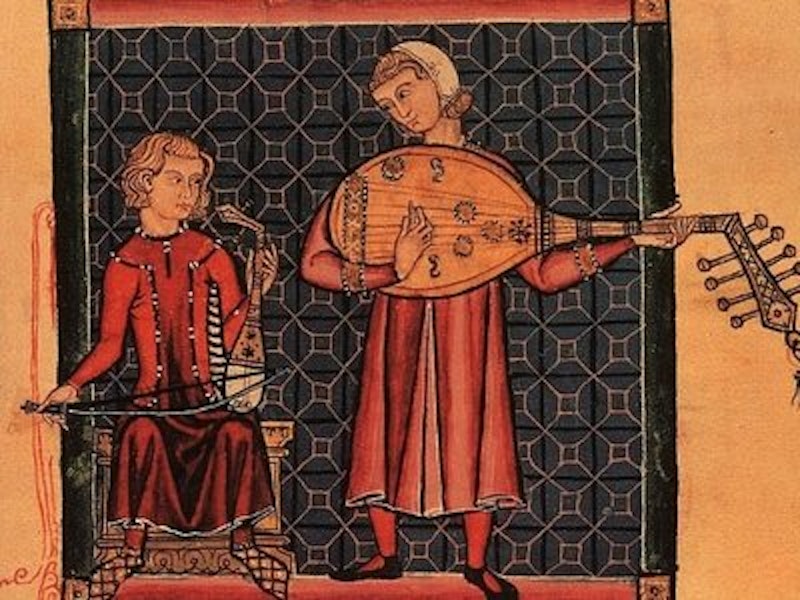 The barley is planted here at our small organic farm in Indiana, leaving Brother Aiden and me with a welcome respite from fieldwork.

Tending the crops is the work of the womenfolk in our little community. It is for Mother, Daughter, and Brother Aiden’s wife Marie to do the weeding, watering, and fertilizing in the hot sun. A man’s duty ends when the seed is sown. Afterwards he is called, like God on the Seventh Day, to rest.

Brother Aiden is spending his all too short “downtime” mending his lute. I have used mine to wrap up some matters in my small legal practice in town and in reading. Oh, the pleasures of the well-turned phrase!

But I have not been reading in the Typikon, the Selected Akathists, the General Menaion, or any of the other texts of the Russian Orthodox tradition. I should be. I am sure that other American converts to the Russian Orthodox Church, such as the subtle political thinkers Scott McConnell and Daniel Larison, would be reading them with rapt attention had they hours to spare in their busy lives. (Larison, a highly advanced linguist, would be reading them in Russian, or even in Old Slavonic.)

But I confess that I have been reading profane literature, in particular—of all things—James Kaplan’s recent biography of the New Jersey ethnic singer Frank Sinatra, a book that, surprisingly, was available in our town library.

Biographer Kaplan has a great facility with language. This is no surprise, given that the Talmudic scholarship and market haggling of the Eastern European ghettos is in his blood. His book is magisterially written. Not that it needed to be. Sinatra, an inner city semi-hoodlum with ties to the Cosa Nostra, led a tumultuous life that touched numerous aspects of what neo-conservative jingoes call the “American Century,” so it is no surprise that a book about him should compel a reader.

Yet Kaplan’s Sinatra tale is also melancholy, for it is the story of the passing of an older American order. This was an order that, if it was not superior (though I believe it was), was at least the order of my own Old American, Anglo-Saxon people. It is an implicit theme of Kaplan’s that Sinatra’s rise to stardom in the middle of the 20th Century represented a triumph of the aggressive urban ethnic over a more restrained, genteel, indigenous American establishment. A triumph over, as Kaplan might well have written with a sneer on his slightly too sensuous lips (I have studied his author photo), a “whiter” America.

Yes, the Sinatras—and the Perlsteins, the Cohens, the Rudkises, the Rodriguezes, the Mohammeds, the Chens, the Kims, the Silfowitzes, the Paddy O’Grogans—long ago triumphed in America. They rose up from our country’s seething Hobokens to remake it in their own rude image. I fear that much has been lost as a result of this overthrowing of the American “Waspocracy,” as Kaplan derisively calls it.

And I must say that I fear the future, when honest white Americans surnamed “Harris” shall be despised second-class citizens in the country that their ancestors founded, but that they ceded to the immigrant masses without a fight.

But let us banish melancholy, for the Russian Orthodox EASTER—THE GLORIOUS PASCHA—has come, and CHRIST HAS RISEN!