Depeche Mode and a higher power. 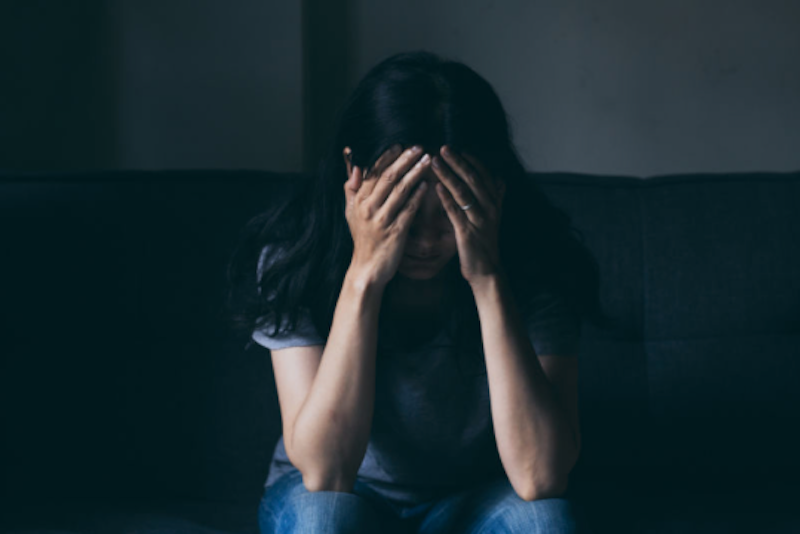 Near the end of her new memoir Quitter: a Memoir of Drinking, Relapse, and Recovery, Erica C. Barnett makes an assertion that she undermines just a few sentences later. She writes:

I don’t believe in the power of prayer to change anything material in your life. I don’t even know if I believe in God—certainly not a God so small an entity as to care whether I, Erica C. Barnett of Seattle, get the job I want or get sober or continue to exist. What I eventually came to believe is that there is a power in the universe beyond my understanding, and that when my own life becomes too large for me, I feel better if I give some of those things up to whatever is out there. Or I focus on someone else, especially when I don’t want to. I find that praying for people… makes my own life easier to bear.

So prayer can’t change anything material in your life—aside, that is, from making your life itself easier to bear. In terms of material affect, that’s no small thing.

I don’t point out this contradiction to serve Barnett with a “gotcha” or criticize her book. Quitter is an engaging read about alcohol addiction by a journalist with guts and integrity. It’s well-researched, accounting Barnett’s harrowing stories of the destruction she caused and the rehabs she landed in with good humor and without self-pity.

Barnett, a veteran journalist, worked at The Austin Chronicle from 1998-2001, and then spent two years at the Seattle Weekly before moving to The Stranger, Seattle’s other weekly. One of Quitter’s more brutal scenes doesn’t involve chardonnay or tequila but one of Barnett’s first encounters with Dan Savage, a far-left sex columnist and one of the editors of The Stranger. Barnett had just been hired and met some of the editors a bar: “I was two nervous pints in when Dan showed up, sauntered over to my side, called everyone to attention, and said, ‘Welcome to the team!’ Then he slid his hand over my back and undid my bra.” Barnett, “face ablaze,” fled to the bathroom. She then came back and pulled Savage aside and asked why he had done that. “I used to be a drag queen,” Savage responded. Barnett: “I smiled nervously, said, ‘Oh, I didn’t know that!’ and poured myself another pint.” Barnett now reports on her Seattle-Based news website The Cis is for Crank.

Barnett’s finally coming to God reinforces what I’ve learned in more than three decades of sobriety: for addicts who take sobriety seriously, eventually God is going to enter the picture. It just can’t be helped. God is the only effective replacement for the ecstasy that drugs and alcohol can provide.

It’s something that friends, family members and even members of the helping professions don’t always grasp, and as a theological and cultural question is sometimes hard to unpack. Drugs and alcohol feel awesome. Beer, wine, and other intoxicants are pathways to a higher state of love and conviviality with friends, spouses and loved ones. Used responsibly and in moderation they make life better. As a character in the recent film Mr. Jones put it, opium is “like sitting in the lap of God.” John Travolta captured the feeing of blissed-out ecstasy perfectly in Pulp Fiction. Drugs and alcohol feel incredible. Facing that truth will only help recovery.

Addicts don’t eventually come around to accepting God as central to long-term recovery because the trauma of the broken relationships, car wrecks and cuts and bruises makes them want to be saints—although the reawakening of a soggy conscience is a crucial part of the beginning of the journey. Addicts finally settle on God because God is the only thing that can compete with the buzz they—we—were getting before.

This is why I could never fully hate drugs and alcohol, even when I found myself newly sober in 1990, after more than a decade ofdrinking that in the late-1980s finally spun out of control. When I was drying out I had a friend who kept recommending anti-drug songs: “Hateful” by the Clash, “Under the Bridge” by the Red Hot Chili Peppers, and Neil Young’s mordant “The Needle and the Damage Done.” Yet I always kept gravitating towards my favorite intoxicant-related song “Never Let Me Down Again” by Depeche Mode. Drugs are full of sorrow and seediness and pain, but also, as Depeche Mode sings, loaded with orgasmic, explosive, supernova highs:

With my best friend

I hope he never lets me down again

He knows where he's taking me

Taking me where I want to be

With my best friend

We're watching the world pass us by

Never want to come down

Never want to put my feet back down

The problem with drugs and alcohol arises when, through genetic disposition, character defect or plain stupidity, highs become a daily necessity. The drink has taken the man. The only way survive is not to solemnly grit your way through life without pleasure. It’s to let God fill the void. You experience the grace and miracle of cured friendships, repaired family relationships, new loves, new jobs, new children, new life—and new ways to get high. It’s why I feel blissed out riding my skateboard, or swing dancing, or chanting with my Hare Krishna friends who live down the street.

Quitter does suffer from the repetition that’s intrinsic to addiction narratives. (In his 1953 memoir Junky, William Burroughs noted that the life of an addict is often boring). Still, it ends on a strong note. Barnett’s recovery is now “a combination of medication, AA, cognitive behavior therapy, self-forgiveness and the rational-emotive tools I learned in rehab.” Just don’t forget the God part. Depeche Mode nailed it when they followed up “Never Let Me Down Again” years later with the equally potent anthem “Clean.”

What is in my own hands

I don't claim to know

Where my holiness goes

What is starting to show