The Real Trouble With E-Books

Fahrenheit 451 and the future of publishing. 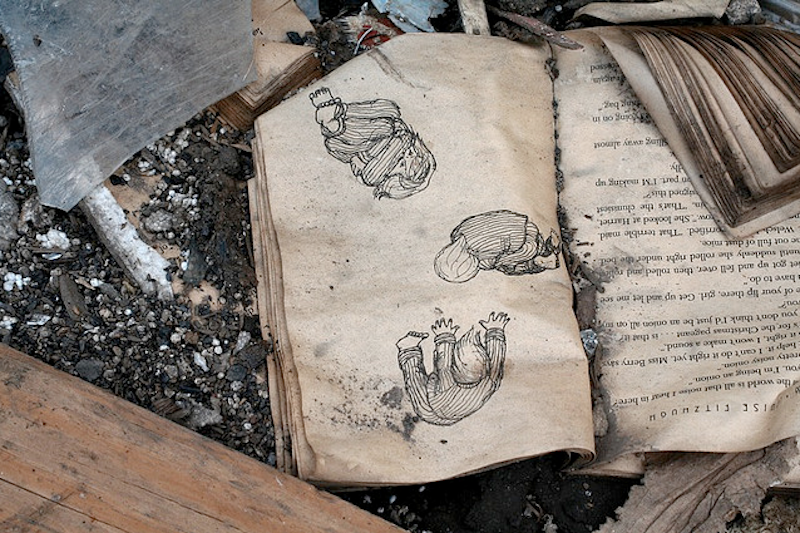 Novelist Jonathan Franzen is in the news again for talking smack at a literary festival in Colombia about the very media that promote his literary efforts. This time, the target is not Oprah but e-books, which he says are a threat to "responsible self-government." Quite a few people have had fun at his expense. Andrew Shaffer, a blogger for The Huffington Post, created parallel statements delivered by one "Johannes" Franzen to booksellers at the 1564 Frankfurt Book Fair under the headline "Print books are damaging to society." Yet Franzen is a poser, not a holdout. The Corrections has been available on Kindle since April 2010, and his nonfiction became available as e-books about the same time that his novel Freedom was released in August.

Much more deserving of headlines was Ray Bradbury's reluctant capitulation late last year. Bradbury was seen as one of the last heavyweight holdouts against e-books when he finally broke down and allowed an e-version of Fahrenheit 451. Some people made the jokey point that the e-edition of his book would be considerably harder to burn. The Christian Science Monitor detected a "mellowing" of Bradbury, but it would be more accurate to say he knuckled under to commercial reality. He was negotiating an extension of his agreement with Simon & Schuster and the publisher was unyielding: no e-book rights, no more print copies of his most beloved work.

Before that, Bradbury had stridently rejected proposals to create digital copies of his work. He summarized his response to one offer: "To hell with you. To hell with you and to hell with the Internet. It's distracting. It's meaningless; it's not real. It's in the air somewhere." And now Fahrenheit 451 is in that air. You can buy it for your Kindle or e-reader of choice for about $10. I did just the other day. Like most members of my much-later generation, I have never shared the 91-year-old Bradbury's disdain for e-books or the Internet. But he hit on something that we might think about for the future of books. E-books will be an ever-more important part of the book market going forward, but if the future of books is only digital, that could be bad. Bradbury was wrong to strip the Internet and e-books of all meaning, but his words "it's not real. It's in the air somewhere," still resonate.

A thought experiment: Tomorrow, governments ban the future production of print books to cut down on carbon emissions and save trees. How would that change the reading experience for millions of people? Would e-books be reviewed with the same intensity that print books now are? How would new classics be made? Some e-books would no doubt do brisk business, but their long-term impact still seems linked to print books. We assume that most of what is outstanding in e-books will eventually find its way into print as well. What happens when that changes? Right now, you can stumble upon a book at a friend's house, a garage sale, a new or used bookstore, or at the library. How would that work for new books in a world that no longer produces them? What happens to the people who can afford books but not e-readers? Would you have two very different kinds of product: old print books that linger for a long time both in print and in digital forms, and new ephemeral e-books that can sell a certain number of copies to niche markets but are quickly forgotten and become increasingly hard to recall in the digital torrents?

E-bookphiles have ready answers to most of these questions. Libraries can and do loan e-books as well as print ones. Allegedly, you can loan e-books to friends. There are many ways of stumbling onto books that don't involve paging through copies. Amazon does a pretty good job recommending new digital products. The price of e-readers is falling all the time and e-readers are not the only way to read e-books. Through apps for other devices, including computers and smart phones, you no longer have to own a Kindle to read Kindle books. Other formats are even less restrictive.

All true, yet much of this misses the point. What would be the purpose of having public libraries if people could check out the latest e-books and save taxpayers from footing much of the bill? So bums can have a place to read the newspaper and go to the bathroom during the day? E-books represent a growing market but not everybody will take to them unreservedly, for a lot of good reasons. E-readers are still expensive and the selection is nowhere near as good as you might think. We're not just talking obscure books, either. I tried downloading Peter Benchley's Jaws the other day—Jaws! It wasn't available.

The price will come down and more books will become available in e-form with time. Hurray for all that, but in the headlong rush into e-publishing, publishers would be wise not to do things to shrink overall future book readership. Going all-digital might work for books that are meant to be useful but forgettable, such as manuals and textbooks, but for most books that would be a huge mistake. Bradbury has for some time insisted that Fahrenheit 451 has been misunderstood. It is not chiefly a book about censorship, he says, but what happens to a society that ceases to care deeply about books. He worries that our obsession with "screens" will undermine the book. Logically, that doesn't have to be the case. But the fact that his publisher was willing to take a huge bestseller out of print if it couldn't offer an e-version of same should give us reason for concern.