The Plight of Wild Animals

Wild Animal Initiative is dedicated to improving the lives of non-humans in nature. 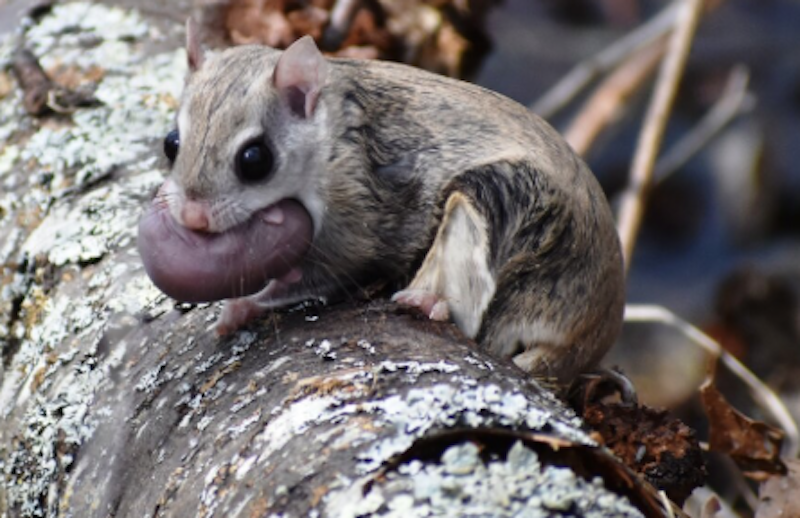 Earlier this year, I interviewed Cameron Meyer Shorb, acting executive director of the Wild Animal Initiative. Founded in 2019, WAI is dedicated to improving the lives of non-humans in nature. Animal Charity Evaluators recently named the non-profit organization one of its top charities, noting WAI was one of the few groups working in an important—albeit underdeveloped—field.

Splice Today: How did your organization get started?

Cameron Meyer Shorb: As a cause area, wild animal welfare emerged from a dialogue between ethics and ecology. There’s relatively broad consensus among ethicists that we should prevent suffering when possible, including the suffering of other animals. Ecologists point out that suffering is common in nature, where most animals struggle through hard lives before meeting an early death by disease, starvation, exposure, or other causes. But ethicists consider appeals to nature to be a logical fallacy. Just because something is natural doesn’t mean it’s desirable, as humans demonstrate every day by choosing to wear shoes and take medication to protect themselves from natural harms. Ecologists warn that protecting other animals from natural harms wouldn’t be so simple, because species are diverse and ecosystems are complicated.

The need to act is clear, but which actions to take is radically uncertain. Conservation biology has made progress informing efforts to conserve species and habitats. But attempting to improve the actual quality of animals’ lives in the wild opens up a whole host of questions that remain largely unanswered: a scientific frontier that’s as intellectually exciting as it is ethically important. Wild Animal Initiative formed in order to bridge the gap between what wild animals need and what we know about how to help them.

ST: What does your group do?

CMS: Wild Animal Initiative works to understand and improve the lives of wild animals. We believe the most responsible and effective way to do this is by supporting the growing field of academic research into wild animal welfare. We envision a thriving interdisciplinary community of researchers rigorously answering the questions of which animals are sentient, what their lives are like in the wild, and what we can do to help.

Our work toward that goal currently consists of three programs. Our research program conducts foundational research into wild animal welfare to identify promising methods and topics for academic researchers to pursue. Our outreach program helps researchers find opportunities to apply their expertise to these scientific frontiers. Finally, our grant assistance program connects these pioneers to funders interested in wild animal welfare research.

CMS: We focus on wild animals because there are so many of them and they’re so neglected. Even under the most conservative assumptions, there are about a thousand times as many wild animals as there are humans and domestic animals combined. That means at least 99.9 percent of everyone experiencing life today is a wild animal.

But most of the efforts we think of as helping wild animals are actually directed at helping species or ecosystems. Almost no one is approaching it from the perspective of the individuals themselves: What would wild animals ask of us if they could? Preserving habitats or species may be part of the answer, but they’re not the whole answer, because most wild animals struggle to survive even under natural conditions.

While the overwhelming majority of animals live in the wild, building a better future requires addressing both captive animal welfare and wild animal welfare. Society can’t take wild animals’ lives seriously if it ignores the suffering of domestic animals, so factory farming has to end.But ending factory farming has uncertain consequences for wild animals. What becomes of the vast tracts of earth currently consumed by feed production will determine the number and wellbeing of wild animals that end up living there.

Mitigating climate change will also require massive shifts in land use as we scale up renewable energy production and carbon sequestration. One way or another, these next few decades will be a pivotal time for both captive and wild animals. Advancing the science of wild animal welfare is the only way to ensure this historic transition benefits as many of Earth’s inhabitants as possible.

ST: How has the broader animal movement responded to your work?

CMS: The broader animal advocacy movement has been a consistent source of support for our mission. Of course it helps that animal advocates care deeply about nonhuman animals. But just as importantly, this is a movement of people open to new ideas. Many animal advocates can point to the time when learning about factory farming caused them to see the world in a whole new way, including making dramatic changes to their diet and lifestyle. Such people are unusually open to learning that life in the wild isn’t as idyllic as they used to assume, and they’re motivated to take action to change the status quo.

The broader animal advocacy movement has concretely advanced our cause at every step of the way. Animal ethicists were among the first to articulate the problem of wild animal suffering and the obligation to prevent it. From Wild Animal Initiative’s first days as a non-profit, animal advocates have supported our operations by sharing professional advice and donating to our organization. For example, Encompass has helped us operationalize racial equity in our organization whenever they could do so without detracting from their core focus on farmed animal protection organizations.

Most importantly, in 2020 Animal Charity Evaluators (ACE) intensively reviewed our cost-effectiveness, adaptability, and need for more funding. They concluded that we’re one of the four Top Charities where they think donor’s dollars can go the farthest toward helping animals. This was the first time ACE awarded Top Charity status to a wildlife organization. Historically, ACE has focused on charities that reduce the harms of factory farming, such as by improving farm welfare standards, advocating for plant-based diets, or accelerating the growth of the alternative protein industry. While we’re far from the first organization to be concerned about wildlife, ACE highlighted our strategic and welfare-focused approach.

ST: What are some policy proposals—both modest and ambitious—that will relieve wild animal suffering?

CMS: The most valuable thing policymakers can do to improve wild animal welfare is to invest in rigorous research into the most responsible and cost-effective ways of doing so. A better understanding of how to measure welfare and how to account for tradeoffs between different species will unlock much more sustainable and scalable ways of helping them. In the meantime, the diversity of wild animals also provides many different opportunities to help them in the short term. We’re optimistic that even if all these problems can’t be solved, many can be. Here are some approaches that already look promising:

Make existing interactions more humane. Humans kill many wild animals through agricultural pest control, urban pest control, commercial fishing, and more. We could prevent or eliminate much of the pain of these deaths by finding ways of sharing space, using nonlethal management methods such as contraception, or using less painful pesticides or fishing methods.

Reduce disease. The scientific community has made tremendous progress in reducing the burden of disease on humans and domesticated animals. We could extend these same techniques to protect wild animals from the most harmful or painful diseases.

Provide better habitat. Some landscapes are better for animals than others. As we restore habitats for biodiversity, plant forests for carbon sequestration, or otherwise alter landscapes, we should try to incorporate changes that create more opportunities for more animals to live enjoyable lives, while limiting the risk of creating environments where survival is a struggle.