And other American fairy tales. 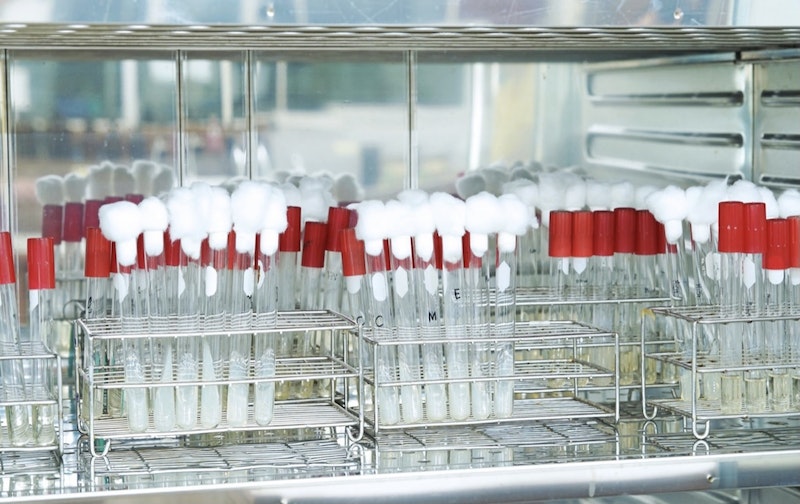 Establishment media and the politicians they cover—or cover up for—are all backpedaling on their original stories about the origins of the COVID-19 virus in Wuhan China. The Washington Post “fact checker” has provided a timeline of how the “narrative” has changed from that of an accidental animal origin to something involving gain of function research at a Wuhan virology lab, though the establishment fact checker is still calling the origins a lab leak, not deliberate bioweapons research.

This follows a previous “fact checker”—the Poynter Institute’s PolitiFact—which surreptitiously deleted their “fact check” proving any laboratory origin story false. PolitiFact—now referred to as PolitiFarce by its critics and victims—is one of the sources Facebook (and other multinational corporations) use to justify their censorship of social media, which Facebook announced last week it would be doing more thoroughly in order to root out users sharing unauthorized opinions (and facts).

Every establishment media organ has now had to explain why it had this story wrong for a year. Ben Wallace-Wells does so at the New Yorker. Wallace-Wells’ “beat” at the magazine is to explain to startled coastal elites, the narrative and opinion weavers of the robes of the imperial establishment, what’s going on in “flyover country”: populism, the influence of conservatarian billionaire Peter Thiel, vaccine resistance, Trump. The magazine’s headline writer entitled his piece “The Sudden Rise of the Coronavirus Lab Leak Theory.” But there was nothing sudden about it. If the headline writer had just read the New York Post on his way to the office, he could’ve read China expert Steven Mosher on why the virus may have leaked from a lab back in February 2020, long before disreputable people like Sen. Tom Cotton or President Trump speculated about this and made the hypothesis verboten for New Yorker and Washington Post readers and anyone not wishing to be shadow banned by Facebook.

The New Yorker ‘splainer tells its liberal readers not to worry about the fact that they, and their thought leaders, were wrong: “When it comes to emerging phenomena, the natural manner of science is probabilities, uncertainties, doubt. We just don’t yet know how the virus moved from animals to people; it is possible that we won’t know for a very long time. The original animal source of the SARS pandemic (bats) was not pinpointed until 2017, fifteen years after the global outbreak… [Stanford microbiologist David Relman said, ‘I don’t think we’re necessarily going to get a definitive answer.’”

Perhaps this is some comfort to believers in mainstream media and establishment opinion, but it’s odd to claim they can continue to believe COVID-19 innocently jumped from animals to humans in China and we just can’t figure out how, when scientists in the West seem to have easily identified just this year that coronavirus variants have been jumping from pet owners to their pets.

In the wake of the collapse of the establishment narrative on COVID-19, along with other mainstream media cover-ups and social media censorship—on how many American troops are in Syria, Hunter Biden’s grifting, who shot the unarmed Ashli Babbitt and why, on the cause of death of the Capitol Hill policeman on January 6, nursing home deaths in Michigan, New York, and elsewhere—I think we must adopt a new hermeneutic principle: everything we read in the mainstream media and everything said by government authorities is a lie, a partisan lie, a self-interested and self-protective lie, and the truth is just as likely among the scenarios imagined by fantasy writers, or what the establishment disparages as conspiracy theorists.

This is not unlike the government’s own practices. Intelligence agencies have employed science fiction writers to help them imagine risk and threat scenarios. So let’s imagine how COVID-19 spread from Wuhan, China to the U.S. and the rest of the world in a way that would require a cover-up.

What if the Wuhan virology lab was conducting gain of function research to produce bioweapons? What if it was funded indirectly by parts of the American government? What if it was deliberately spread in the U.S. by Western military or intelligence agencies much as they have tested spreading biological agentsbefore? What if this was done to stop the re-election of a President presiding over a booming economy who had unorthodox ideas about military commitments and an adversarial relationship to the intelligence community and its domestic surveillance? American intelligence agencies have a long history of interfering in other countries’ elections.

I believe readers and voters should apply this interpretation to all mainstream media stories and all political speeches (especially for our life-long incumbents and career politicians). Take the other popular news story where a consensus seems to have unraveled: UFOs. One of the interesting aspects of the story is that the UFOs (or as the government now calls them, UAPs) seem to spend much of their time following military aircraft. One skeptic suggests this is because the high speeds of military aircraft cause distortions in their sensors, which if true is almost as concerning for our military readiness as would be the daily penetration of restricted airspace for years by the UAPs.

But we could do what the intelligence agencies do and employ some science fiction writers to help us imagine a threat. NBC’s Debris, which just wrapped its first season, offers one scenario. Debrisborrows a notion for its plot from the1976 movie, The Man Who Fell to Earth. A derelict alien craft has entered our solar system, and pieces of it crash to earth as meteorites. The U.S., British, Chinese, and Russian intelligence agencies are in a race to see who can retrieve the most, and the most potent, pieces of this advanced technology, with an eye to reverse engineering and harnessing it for its weapons potential. At one point a character who’s one of the scientists trying to do the reverse engineering has a bit of dialogue that reads like a libertarian public choice theorist: “Governments are created to serve the public interest. And everywhere, inevitably, they serve their own.”

What if real world government officials—the same ones who lie to Congress about illegal spying on American citizens or lie to presidents about how many troops are stationed in Syria—have captured crashed alien craft and are trying to steal the intellectual property therein? And the aliens aren’t happy about the theft and haven’t licensed the use of their technology? This hypothesis accounts for the sightings of UFOs and for why they so often enter restricted military airspace. And if it creates a hostile relationship, it fits in with our long history of government policies that have disastrous unintended consequences and require spin and cover-ups for those who implemented them.

It’ll be interesting to see later this year whether the Senate Intelligence Committee’s report provides any light on the issue or is itself so redacted or misdirecting to be part of a cover-up. I won’t be surprised to learn that our coastal elite spinners at Facebook, TheNew Yorker or Washington Post, spinning the cloth for the imperial establishment’s clothes, are now in their own way part of “fly-over”country too.

—Bruce Majors has written for The Hill, The Los Angeles Times, Reason, and other publications. He writes a Substack column, The Insurrection.