It's cheesy to think everything we eat, drink, breathe and use contains some form of plastic or a variant of it. 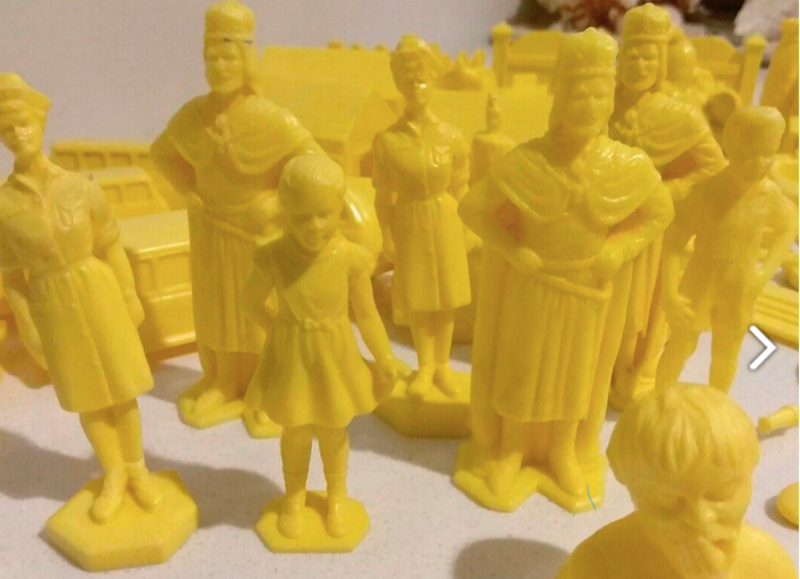 It's no secret that American cheese isn't real cheese. That yellow square on a hamburger is equivalent to the clear vinyl wrap that protects each slice. Much like all-beef patties never contain 100 percent beef. Instead, a filler like soy bulks up the red meat giving the impression you're getting more. Have you ever wondered what's in Wonder Bread? After squeezing out the air, an entire loaf of that stuff can be smashed into a golf ball-sized lump.

The ingredients include white bleached flour, salt, sugar, and a toxic list of preservative chemicals whipped into something resembling bread. Cutting corners and substituting quantity for quality for horrible food sums up our way of life in this consumer-driven land of the vaguely aware. It gives new meaning to the trite saying, "We are what we eat." It's all chemicals anyway; who cares if it's fake? Our way of life is a gooey knock-off for the genuine. Truth in advertising is a gray area of fallacy. Fast food isn’t quick or food.

The concept of democracy was always flawed. Bogus as a slice of that free government cheese. So without hesitation, if it tastes good, well, then eat it. The truth never gives more than we can handle. Plastic is in everything, including us, and that's creepy. It's estimated we consume approximately one credit card's worth of plastic weekly and over 40 pounds of synthetic nanoparticles of the goop in a lifetime.

It's cheesy to think everything we eat, drink, breathe and use contains some form of plastic or a variant of it. Polymers, cellulose, and silicon rubber drive civilization to the brink, buried under a plastic heap. It’s said that every hot dog you eat takes 36 minutes off your life. At least all that greasy fat content makes the plastic go down smooth. There's an island three times the size of Texas floating around the ocean made up of plastic debris.

So much for recycling. How's that working out? After gutting a beached whale, more than 1000 pieces of plastic were discovered in its belly. The vast majority of allegedly recycled products wind up in landfills. And what doesn't get buried finds its way to the seas. Considering it takes roughly 1000 years for a plastic bag to disintegrate, it's not hard to understand. We're up to our necks in petroleum-based products derived from fossil fuel processes. Feeding off the long-dead ancient organisms of life.

Meanwhile, a plastic bag adorns a tree branch blowing in the breeze. A solitary reminder of the impermanence of our own untimely demise. To become what we consume. The 17th-century writer Jonathan Swift elaborated the theory of self-similarity. The following piece is from his satirical poem On Poetry: a Rhapsody, written in 1773.

The vermin only tease and pinch

Their foes are superior by an inch.

So, naturalists observe, a flea

Has smaller fleas that on him prey;

And these have smaller still to bite 'em,

And so proceed ad infinitum.

Thus every poet, in his kind,

Is bit by him that comes behind

It's not a crash course in junk science. Much like us, soon-to-be relics of the past rotting underground waiting to be rediscovered and tapped to produce more of the same simulated cheezy plastic fromage du jour. The list grows like a 3-D laser printer churning out more stuff from cars to planes and trains, electronics, building materials, clothing, and home goods. Making our modes of transport and function impossible without the miracle of plastic.

Ask any big cheese on the board of a corporation, and they'll agree. Plastic is the glue that keeps it all rolling forward. A heaping bowl of macaroni and cheese, a box of Cheez-It, Cheez Whiz, and everything in between will sit on a Ritz. It's a good cracker. An 18-wheeler is cruising down the highway transporting plastic and its byproducts to grocery stores and shopping mall shelves daily. There's little difference between the processed packaged products or the way they get there. Flies like manure, while bees prefer honey. We're taken in by the end results on a pixelated big-screen picture or that plastic cell phone. Yet, it all somehow works to get there. The end result. Eat or be eaten. That's food for thought.