The kids are here for it, they’re doing the work, and they’re the worst. 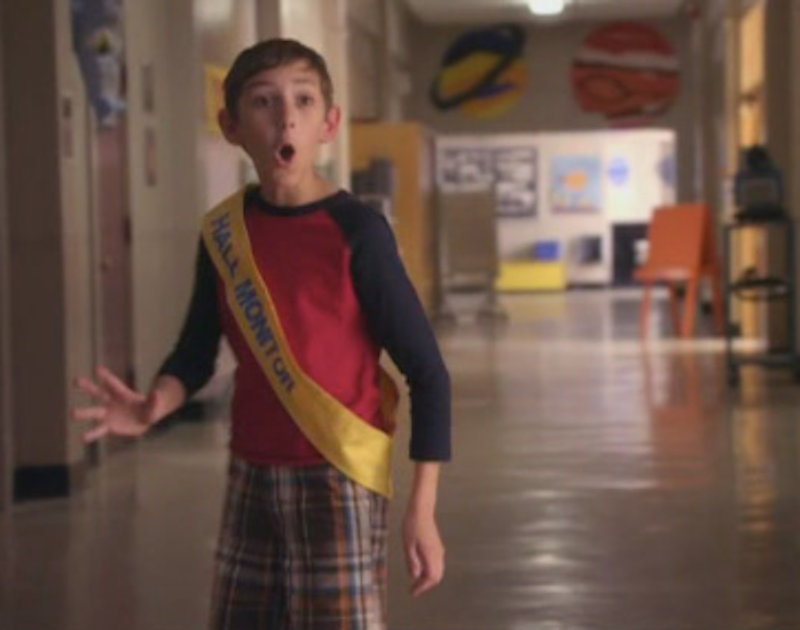 Look around you. Look to your left, look to your right. Who do you see? The kids, indubitably. Your peers, classmates, bunk buddies. They grew up, and you grew up, but where did the time go besides right out the window? But these kids are alright, only they’re your bosses now, and they’re the worst. You should’ve stopped the kids back when they were volunteering for hall monitor or playing tattletale or running for assistant treasurer, but you didn’t. You didn’t care, because you were busy being you, like teenage Peter Parker right after he got his Spider-Man powers. And now you’re doomed, doomed to a life doing the work, for these try-hard kids.

Here’s a fairy tale for you. Once upon a time, I wanted to be nothing but the best. And I was so easily great that none of it mattered, especially trying. My dad gave me my lickings and I kept on ticking. The beatings made me hard and proud. I loved them, to tell you the truth. Every day was another comeback story in miniature. Between all these comebacks, I wouldn’t dream of lowering myself to something so base, so beta-simp, as to do the work for anything. Nope, I never did the work. “I’ve never read a sentence in my life, much less a book,” I used to boast to my fellow journalism majors and PhD classmates. I wasn’t there for it. I never turned up.

Now I’m 37 and I can crush apples with my bare hands, one apple in each hand, both at the same time. I can bend pliers, rip phone books in half, and do all those other fun parlor tricks that will impress the denizens of Trump’s America. I can even close the “Captains of Crush” level 3 gripper. I’m a real hot potato, in other words. A man’s man, if you will. “The last real man,” some stans say. Who are those stans? I don’t know, yet I know they’re saying it. But I’m still not doing the work. I’m still not here for it. I still haven’t turned up. I’m still too proud, proud of all my futile comebacks, too proud to pray or beg or stoop to conquer.

All around me, the hall monitors and tattletales of 1998 are rigging caucuses and winning seats in state legislatures and ascending in corporate hierarchies. They have no abilities save for constant visibility. They are always there for it and on that grind. They do the work. They turn up. And when they turn up, they say the words we all love to hear. The easy words, the words that everyone else says. Expected words, perfect words, anything but the “best words” tweeted out by the POTUS. These kids don’t push back and they don’t challenge unless they’ve got some kind of “fish in a barrel” cancellation scenario they can exploit for a quick injection of clout. They were for one mildly progressive cause by 1998 standards and another by 2008 standards and still a third by 2018 standards.  None of their causes are truly progressive, but for these careerists it’s about mind over matter: they don’t mind the content of what they’re saying because that content doesn’t matter. “Say what needs to be said because others are saying it and you need to, too,” goes the new proverb.

One of my hardest-to-shake recurring thoughts is as follows: at what point am I, most assuredly not a “kid,” wasting my life? When has the gift of my life, which I gave to no one because no one was worth my life, gone past the point of no returns or exchanges? Past the point when they won’t even give me store credit, “scrip” for the Amazon dot com company store?

No matter. I’ve always loved life. I meet the rosy-fingered dawn with a spring in my flat-footed step and a smile on my wide, friendly face. Even now, as I prepare to recede into the void that’s conscientious parenthood, I wonder what it all means. What does it mean that these crafty, careerist hack kids who were pretending and signalling and lying and cheating, winning by disqualification and forfeit because that was easier and cleaner than winning on the merits, now occupy such high positions? Why did my own generation, which was supposed to redeem humanity like every preceding generation, turn out like all the rest?

But it’s cool. Chill, even. I’m a chill guy. I’m chilling like a villain, as they used to say. There was this one hot take that circulated back in the Obama era about how “chill was bad,” but that’s a load of malarkey. Chill is ill, and by “ill” I mean good. I keep it real real. I never miss a chance to introduce my eyes to the backs of my lids. I’ve kept this chill, to quote Reginald Heber, because “every prospect pleases, and only man is vile.”

I cross paths and swords with these work-doing kids at my peril, because I’m no match for the underhanded “cheese strats” they execute with such aplomb. And whenever they vanquish me from one place or another, low or mighty, oil sump or high castle, I’m left recalling that string of words I plastered under my Olan Mills senior yearbook picture: “It’s been real, it’s been fun, but it hasn’t been real fun.” You love to see it.