The People We Meet

You smile, talk a little, laugh, and then you bid goodbye. 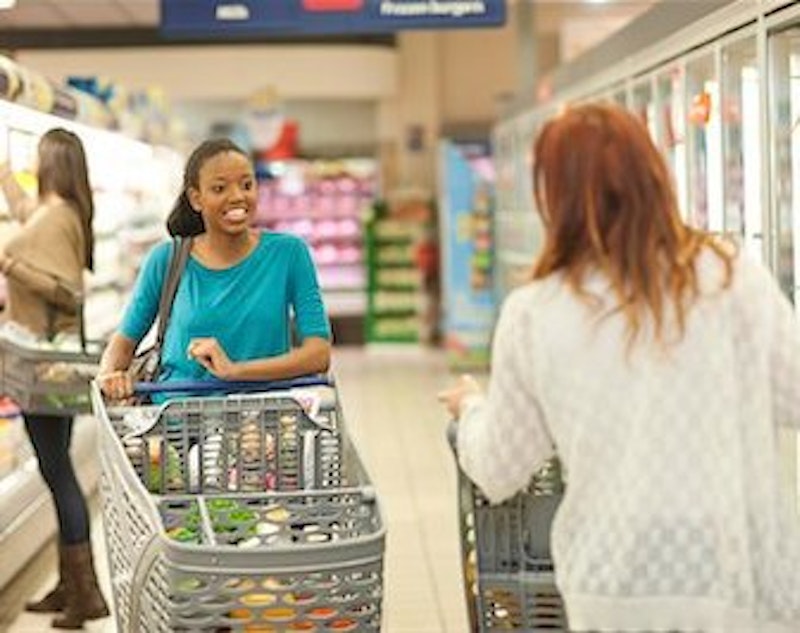 I never get tired of hearing the stories of people I randomly meet. This happens most often at the grocery store.

I don’t go to the store to socialize, but it’s difficult to completely tune out the shoppers around me. I’ve met fascinating people at the deli, in the aisles, and in the checkout line. People are receptive to a warm smile and a “hello” and sometimes they want to take it further and I’m okay with that. I’m not one to turn down the chance to learn a little bit about men and women from varied backgrounds. And it takes no time at all. It’s not like you’re making a lifetime commitment. You smile, talk a little, laugh, and then you bid goodbye. If you’re lucky, occasionally you’ll meet someone that you wish you could run into again. The kind of person who, in just a matter of a few minutes, makes you think about things a little differently, perhaps see another point of view, or just reminds you what life is all about.

I was standing in the checkout line at my favorite grocery store, the one where you get to know all the cashiers and managers. The man in front of me didn’t have a lot in his cart, and he was going rather slow, paying more attention talking to his senior counterpart at the register, but it didn’t bother me as I was in no hurry. I rather enjoyed the conversation they were having about their Navy service. Here were two men who looked to be in their 70s, and they didn’t know each other, but this one common bond brought them together as they laughed and reminisced about the crazy things they’d done as young sailors. During a pause in their conversation I made a point to thank them and share with them that I too, had served. So, there we were, three former sailors, carrying on a conversation and laughing, as others around us smiled and listened intently.

When it was my turn to check out, I unloaded my groceries and noticed an older woman standing behind me. She’d been smiling and listening to my conversation with the two Navy vets. Like me, she didn’t appear to be in a hurry. I smiled and said hello, and from there we engaged in conversation. She noted the pile of things in my cart and said I must have a large family. I laughed and informed her that, no, I didn’t have kids, just a husband and two cats, but that I’d taken advantage of a lot of BOGO items, and had planned on doing some cooking and freezing over the weekend. I mentioned that I never could understand how my mom did it—working full time, arriving home exhausted, cooking dinner for a family, doing laundry, then getting up at four a.m. the next day to start it all over again. She told me that she’d had seven children and knew what that was like.

She talked of the struggles of women managing work, home, and family life and trying to balance it all. I replied, “I finally get it. I understand what my mom meant when she used to tell me that someday I’d know what she was talking about when she talked of how hard it was to balance it all and how it exhausted her.” She laughed and shook her head in agreement.

I’m still not sure how we moved into the next phase of the conversation as my groceries were scanned, but she mentioned that her husband had passed away about six weeks earlier. He died in the car as she was taking him to the hospital. He was in his 80s and they’d been married some 40 years. Fortunately for her, she didn’t have to deal with his passing alone. She had her seven children and 15 grandchildren to help her get through it.

As I paid for my groceries, she touched my shoulder in a very friendly, gentle, and reassuring manner. Then she smiled warmly at me in a way that made me feel radiant inside. I suddenly felt as if all the burdens of the day were lifted, and then I immediately wanted to do for someone else what she had done for me. As I exited the store, I felt lighter, a smile on my face, saying hello to the people who passed me. Most reciprocated with a warm smile and a friendly hello back.

On my way home, I mulled over our conversation. I should’ve felt sorry for her for losing her husband of so many years in the manner she did, but instead, I found myself thinking about how lucky she was—to be married for so long, and to have such a large, close family with whom she could share the memories. Suddenly, I went from being sad to happy for her.

Two weeks later, our conversation still puts a smile on my face. Obviously, she had an impact on me because I’m thinking about how much I want to do that for someone else. In just a few minutes, this kind woman reminded me what life is about. It’s about people. Every person we meet, every interaction we have, no matter how small, is significant, for it has the potential to start a chain reaction, one that makes the world a little bit kinder.