Journalist Michael Tracey is perceptive enough to recognize a liberal scam when he sees it. 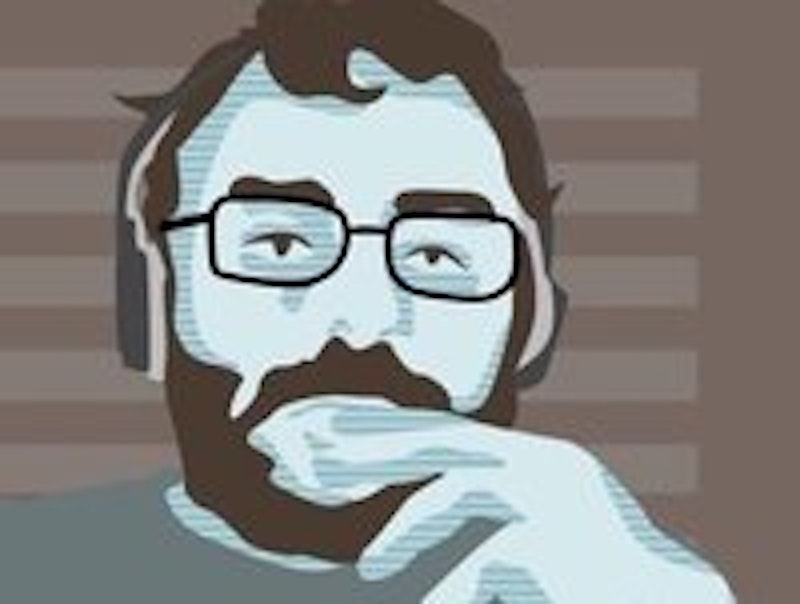 Tracey came to my attention only recently, I admit, as maybe the strongest of the media figures pushing back against the recent media hysteria concerning the Queens pimp’s non-existent ties to the Russian security services. This hysteria was only the latest in a line of American moral panics stretching back through the Black church-burning scare of the Clinton years, the anti-“Hun” lunacy that the criminal Woodrow Wilson whipped up, the Yellow Peril nonsense that directly preceded it—and so on, all the way back to the Salem witch burnings.

Like your humble Mr. Harris, Tracey obviously despises the Flushing grifter and fornicator. But he’s perceptive enough to recognize a liberal scam when he sees it, and he’s honest enough to proclaim the truth publicly. And the truth is that Trump—who’s just another American jingo, and in the end an obedient servant of Zion, as embodied by his son-in-law and daughter—is no more a Russian agent than was General George S. Patton. As I’ve written before, I wish Trump were a tool of the FSB, and thus of the holy Great Russian narod, or people. That would give me something to admire him for. But he’s not.

As his podcast conversations with one Mark Ames testify, Tracey also seems sympathetic to an idea I’ve long screamed to the heavens: That anti-Russian racism represents the most pressing global moral issue of our time. No other issue even comes close in importance to this issue; and even if Tracey wouldn’t quite agree with me on that, the mere existence of his journalism gives one hope that people of good faith can do something to contest the insane epidemic of anti-Russian violence that liberals have ignited on the streets of the United States.

Every week, if not every day, I receive terrified emails from acquaintances of mine in Moscow, St. Petersburg, and elsewhere in Mother Russia, querying me about one or another anti-Russian atrocity here in the Land of the Free. These crimes find ample publicity in the Russian media, but are never, ever reported on here: a Russian-America dragged out of his car in Phoenix and stomped by a howling mob; a Russian Orthodox nunnery set ablaze in western Pennsylvania, killing 12 sisters; a Russian-American grandmother, doused in gasoline and ignited while dozing on the New York City subway; a Russian-American boy in Iowa sodomized with a rake; the endless—I mean endless, daily, constant—bomb threats phoned in to Russian-language schools across our demonically Russophobic 50 states. If Tracey’s work has made even the slightest hint of a crack in this massive edifice of American, and Americanist, hatred, he’ll have done better work than the entirety of the mainstream U.S. media will do between now and the end of time.

Whether Tracey agrees with me on the greatest geopolitical issue of our time is yet another question. This issue concerns whether Great Russia should be allowed, like any other country would be, to reassert control over its breakaway regions—in Russia’s case the Ukraine, the Baltic countries, and Georgia, places controlled by Nazi cliques that illegally seized power through Western-funded coups. I don’t know that he does, since I’ve seen no writing from him on this topic, and I don’t want to ascribe opinions to him that he might not hold. But people who exercise good sense in one area tend to exercise them in others as well.

So I have hope.

At any rate, I’m glad to be able to praise someone here, in this space that I too often give over to a certain negativity—admittedly in defiance of my duties as a Russian Orthodox Christian, which require me to approach the world in a spirit of Hope, even if tempered by the pessimism that must come from an understanding of our fallen human condition.