He Lived For Her 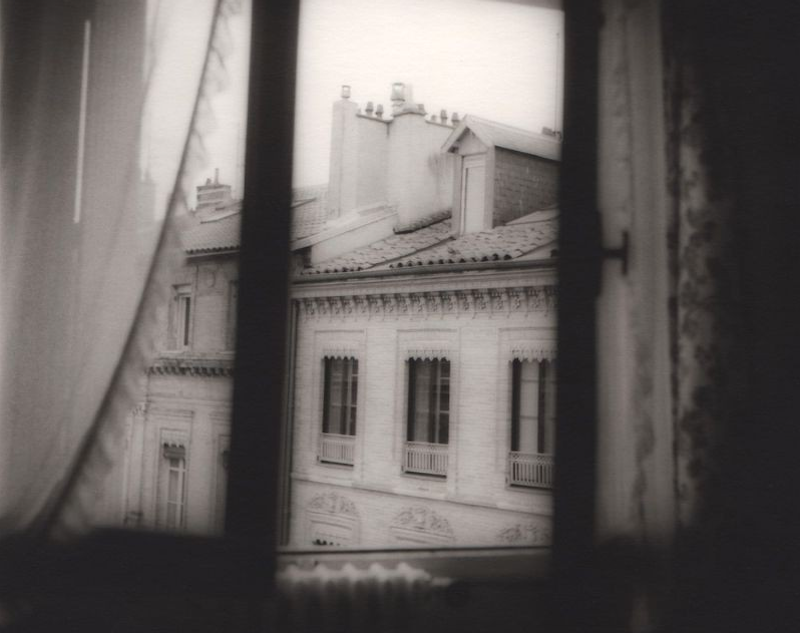 I enjoy the British television show Sherlock, if only because the scripts by Mark Gatiss and Steven Moffat and the ensemble’s performances are intelligent. One bit of dialogue in the episode, "The Abominable Bride," moved me the other day: “We all have a past, Watson. Ghosts. The shadows that define our sunny days.”

I never had to empty my parents’ house, which may be an advantage of having six siblings. After my father's death, my brother Kenneth, his spouse Glenn, and my sister Mary cleaned up my parents' condo in Bradenton, Florida, to which I’ve been only once. Ken lives in Orlando, a good location for a lover of all things Disney, about 90 minutes away, and my sister, who teaches chemistry at Texas A&M, was executrix of my father’s will and so felt she had a duty to help.

After they’d dealt with the dust and mildew and thrown out nearly all the old furniture (my father had neglected the housekeeping as a widower), they bought it from my father’s estate and now use it as a pied-á-terre.

My brothers, sisters, and I never had to place our parents in a nursing home.

My mother died suddenly from a stroke in December 2010. She’d enjoyed a satisfying day and was returning home with my father when she turned to him, said, “Bill, I feel terrible,” and fell into his arms. She never spoke again. My brothers and I drove from New York to Florida, 36 hours on the road, and spent three days at the hospital. Being the family orator, I spent my time talking to her. When my imagination flagged, I read to her from the King James Bible. It’s great prose and I thought that, if she heard me, she might recognize the words.

The physicians believed my mother would not recover. My father was distraught and incapable of decision. My sister wanted to cut off food and water to expedite the end. While I believe in miracles, I also respect professional opinions. So I agreed to the first, which is theologically permissible, but not to the second, which is not. In any event I wouldn’t have my mother die of thirst in agony. As my sister and I love one another despite some disagreements, we agreed to discuss the question again the following day.

My mother, having sought to avoid being an inconvenience to anyone, may have sensed the dissension. So, on the morning of the third day, around four a.m., the nurse called us to tell us to come by. We were all there, my father holding her hand. It was the first time I had witnessed a death. She simply went away, without drama or agony.

Father remained in good health until a week or so before he died in January 2015. He remained lucid to the end. He had nothing to live for. He longed for my mother. He was clearly as crazed a romantic as I am, though he would have denied it.

I’ve always been a fair conversationalist because I know most people enjoy talking about themselves. I certainly do. So tossing out a few personal questions usually elicits considerable talk. I could get nowhere with my father. He was simply uninterested, and I think he spoke to me only because he knew that I was calling him out of love. Good manners run in my family.

He’d collapsed at his condo; the waitresses at the restaurant where he daily took lunch noticed he hadn’t shown up and telephoned the police; and the EMTs took him to the hospital. Two of my brothers, Henry, the policeman, and Michael, the plasterer, each spent a week with him. My father made clear to them that he was indifferent to his fate. He wanted only to be with the woman he’d loved for over 60 years.

Michael, the finest of us—my mother said, quite accurately, that Michael was the only one of her children who had never lied to her—stepped out for a moment and, when he returned, saw our father was dead.