An Omelet for Fredric March

Fiction: When Hollywood was dying. 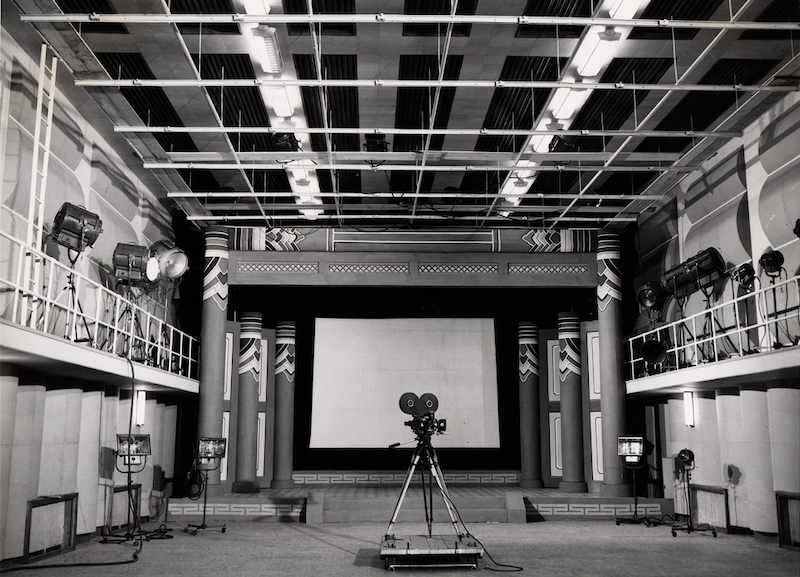 June-August 1964, Los Angeles: The favorite by faculty vote and student applause proved to be “Balance.” Leonard Bacall, the young Hitchcock who played director for the outing, said that in a few days he will be starting work at Premier Studios. —From “Student Films Compete,” Los Angeles Times, June 12, 1964.

Len talked with the reporter a few minutes after “Balance” stopped showing. The guys and the rest of the audience had cheered; it wasn't just applause, they'd been shouting. For a moment you wanted to pretend everything would happen. “I’m starting at Premier,” Len said, and hearing himself he almost had to laugh. Because the job didn’t pay anything and it was just for the summer. To tell the truth, it wasn’t a job. Premier called it a “scholarship” and Len heard about it from keeping his eye on the bulletin board. But all right. He'd be the school’s first graduate to actually be inside a film studio, a real one.

Tonight was the end of film school. Kevin had showed up near the start of the evening. Kevin was a dropout now: two months before, he’d disappeared from campus and left half a reel of something, most likely his senior project. But here he was. Tonight he wore a suit and tie, the only suit and tie in view except for Pressman, the acting dean. Kevin wouldn’t look in Len’s direction, and at first nobody looked in Kevin’s: his return spooked them. But then he started making noise. He paraded about and grabbed at his suit's lapels, stretched them out; he acted like his suit was a costume. A couple of times, silently, he did his Pressman imitation. Faces gathered around, Halsey and others; it was the last film-school night of their lives.

The guys laughed when Kevin laughed, which was a good sign. But, even from a distance, Kevin’s face jerked a little when Len looked at him.

They met a couple hours later, when “Balance” was about to show. Len was coming up the stairs from the Men’s room. A hand landed on his shoulder, flopped against it; it was like being cornered by a Rotary backslapper who was missing fingers. “Kevin,” Len said, and he was looking into his friend’s wheeling blue eyes. But Kevin’s face folded up, pulled in on itself. The guy took a step back, shoulders high; he disappeared through the twin doors into the auditorium. After the show Len felt relieved because he couldn’t find him.

That weekend he did double shifts at the steak house, Saturday and Sunday, to stockpile on tips. Then, on Monday, he was inside a Hollywood studio.

Except for actors Len was the youngest man there by decade and a half. Paintings of stars from the 1930s and 40s hung in the commissary, but they were new paintings, which felt a little odd. The menu featured an omelet named after Fredric March. Because of the unions Len couldn't touch anything, so he wore a suit and tie. Even so the security guards called him “champ” and “sonny.”

Premier was under new management. It had been sold the year before, one of the big old studios, news that everybody treated like a tolling bell, like an ocean liner going down. The new owner lived in a hotel suite in Manhattan. The commodities market was what he came out of, but now he was buying companies and he wanted to turn around a film studio. His plan was to do a musical comedy: Ultra Panasonic, a big show with big numbers—asses would get back into seats. The show was called Audacity, Henrietta! and it was about suffragettes and fighter aces. Len thought the title was probably the worst he’d ever heard. It amazed him.

A lot of the soundstages weren't being used. So, walking around, you noticed little noises and the long, long time it took to get anywhere. But find the right stage—bikes in the rack, more cigarette butts near the door—and then you just waited for the light to go off and stepped in and got a look at the rocket launch. Teams moved: squadrons of men with white, Bryl-creamed hair, neatly-buttoned shirts, no jackets. Anybody who looked after anything physical—crew, designers, the director—anyone actually making the movie was fifty at least and knew what he was doing.

Len stationed himself with the executives. They were a mixed bag: the old plus the not-really young, Hollywood in some cases but also guys drawn from the owner’s other companies, just yanked over here. Executives were always standing around a set. They would talk in pairs about the owner and how he loved everything big; the subject perked them up. “He buys them like peanuts,” an executive said, meaning companies. He was a Hollywood man, not one of the outsiders, but he sounded impressed, flattered somehow—like, look at the feat we have been included in.

On his next-to-last day, Len heard a couple of executives talk about the upcoming banquet scene. It was real crystal for the goblets, most of them due to get broken when Henrietta ducked under a banquet table and dragged its tablecloth with her. “It’s going to make a difference, using real,” one of the men said, a tire company executive from Ohio. “I think it does,” he added. He nodded to himself. “That’s in general.”

About 15 feet off, a team of white-haired men moved their ladders from one chandelier to another. Shimmering beads hung down, ropes of them, and they kept getting bunched up by the stage number. This was a double column of actresses in low-cut gowns marching along beneath the chandeliers and mouthing a showstopper about sex through the ages. At the procession’s head was a woman star from the 40s, now with massive bronze hair and a black-and-turquoise gown; she played the life-embracing Paris madam who wanted Henrietta in her stable. Every two takes and the strands had to be picked apart like Spanish moss that jingled a lot and might possibly break. The men worked efficiently, with minimum motion in their shoulders, minimum orientation time for their eyes, minimum everything. It took them just 14 minutes from opening the ladders to finishing the job.

“Ireland,” the tire executive said. “Arthur said that’s where.” He meant the location for the number’s accompanying footage, a chorus of fighter aces in a field with eight biplanes.

On the last afternoon, Len got a handshake from the movie’s director. “You’ll do okay,” the director said. “You’ve got your eyes open.” And that was going to be their time together. The man headed off to inspect brass gongs for Mata Hari’s bedroom.

“Something you can tell me,” Len began. He had tried cornering the director maybe three times before, and now he moved with him, cut in a little on his path, like they were playing basketball. It didn’t work. The man was built square and he tipped into Len with his shoulder. Len took a step back and the director steamed off. He gave a sort of twirl of his left hand, palm flipping out from his ear to indicate that the show was over. Len had wanted him to see “Balance.”

So that was it. Len had been inside the studio, and now he was outside. He wanted to be businesslike about that. Starting out, you had to know the business was unfair, that it ran on guesswork. Right now it might be dying. Success was a fluke, so you had to get busy multiplying your flukes, looking for chances. He understood all this. Most people didn’t, but he did.

On the other hand, he couldn’t sleep. Now and then. For three straight days after the internship, and then off and on over the next few months. It always took him by surprise. He would lie there and look calmly at the ceiling and wait for the night to pass, and he couldn’t figure out what was wrong.