Her novella Proof of Concept is a murky slog. 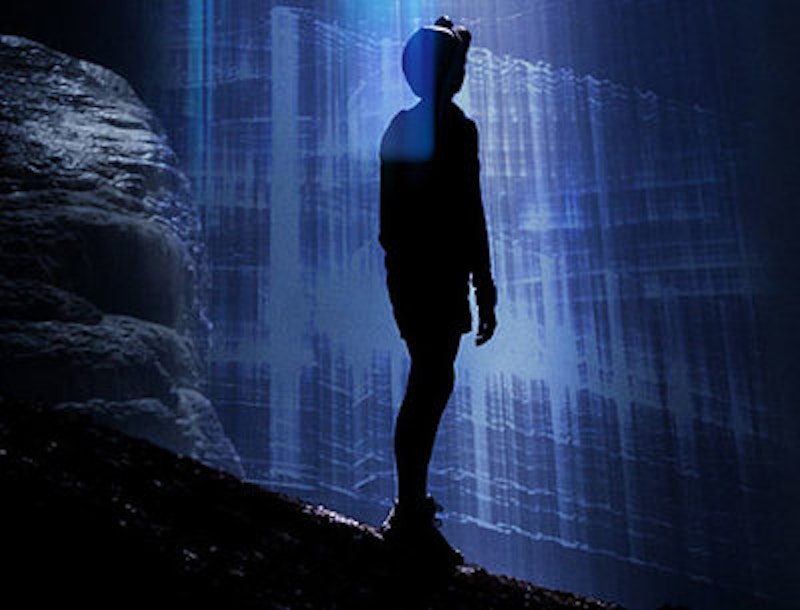 Gwyneth Jones' Tor novella Proof of Concept is about a future world in which climate change has led to environmental collapse. It's also about… other stuff. I think. It’s difficult to tell. The book doesn’t make a whole lot of sense.

Jones' books often don’t make sense. This isn't because of incapacity on her part. She also writes YA books as Ann Halem, and those are models of clarity. Dr. Franklin's Island, is a response to The Island of Dr. Moreau—a heartbreaking meditation on how cruel humans can be, both to each other and to other animals.

It's not like Proof of Concept needs to be opaque. Its plot isn't that complicated. The novel is about Kir, a young scientist who’s working on the Needle, a project to bend space-time that would allow humans to get off their dying planet and go somewhere else. The Needle is funded in part by a reality show maven named Dan Orsted; the Needle scientists and Orsted's television troupe are to be isolated in a cavern under Poland for a year while they try to solve interstellar transportation. Kir falls in sort of love with Bill, one of the reality show dudes—and then things start to go awry. Then they go more awry. Then there's a twist ending. The end.

It's a typical sci-fi plot. But it ends up being obscure because Jones consistently refuses to tell her reader what’s going on. The book opens with Dan Orsted and Kir's mentor Margrethe chatting together on a television show to some sort of AI composed of the sum total reactions of everyone watching in the audience. What does the AI look like? What’s the relationship between Dan and Margrethe? Were they lovers? Friends? Rivals? It's not initially clear… and over 140 pages, it never gets clearer.

Even Kir, the center of the story, is mostly a cipher. You're in her head throughout the novel, but that head is gratuitously murky. Kir had an Ai supercomputer named Altair implanted in her brain as a child; it lives off the energy generated by her brain. She never actually communicates with Altair though; there's a firewall between their consciousnesses. How does Altair communicate with other users? What's he good for if he's not communicating with Kir? Damned if I know. Eventually, he does start to have very brief conversations with her, though she's not entirely sure whether she's really speaking to him or if he's just a figment of her imagination. Altair (if he's real) isn't entirely sure that Kir is real either.

Kir's experience with Altair is similar to the reader’s experience trying to get through Proof of Concept. At one point Kir's looking through her mentor's data at Altair's urging, and he takes over her senses. Kir muses, "Locate an article in one of the floor stacks, run eyes over it. See nothing. It was a strange irritating feeling." Yes. Exactly.

Jones is especially off-putting because the joy of science fiction is that it often gives you a feeling of greater understanding. You pull back and see past and future all at once; you know where the arc of history is going. The genre can provide a feeling of welcome control and purpose. Even dystopias have a satisfying clarity. The Handmaid's Tale tells you patriarchy is evil; Black Mirror says social media will eat us all. You can finish them and think you know patriarchy is evil and social media will eat us all. There's comfort in knowledge, even if the knowledge itself isn't comforting.

In Proof of Concept, though, there’s no proof and no concept. Is the earth destroyed at the end of the novel? There's no way to know, Altair says. Are people starving on the moon, or was it all a hoax? Was it even the moon they were starving on? Jones' world is all vague, blurred edges, composed of information that you're not told about. Her worlds feel alien… but also, and more upsettingly, familiar. Most of us don't know what's going on. "Climate change" is easy to say, but what will it mean, precisely, in terms of dead bodies, drought, scarred land… and when, and how long? What is it like to live on the other side of the globe? What's it like to live on the other side of the city, for that matter? People talk about media bubbles, but the truth is we're all in tiny bubbles, adrift in an endless sea of information that we don't know how to process.

Proof of Concept isn't my favorite of Gwyneth Jones' books—that'd be the White Queen trilogy. But it's still sublimely irritating queasily opaque. Reading it is like scrabbling for purchase as you fall down a long, blank slope, to a future that you can neither see nor name.