Fiction: He talked down a lot to his debutante sidekick. 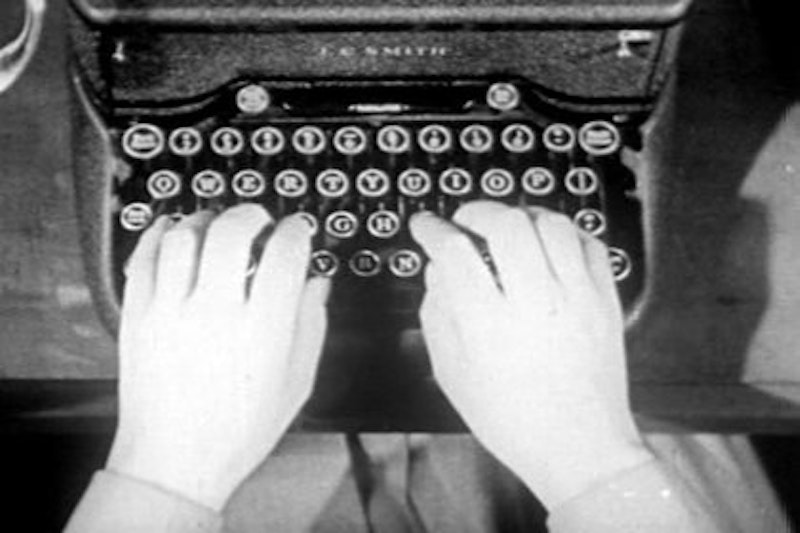 My great-uncle wrote detective novels about Mr. Emanuel E. Rothschild, the self-described “poorest but most amiable of the Rothschilds,” a stout and beaming “confidential detective” who worked in Manhattan. The detective's sidekick and chronicler was an Upper East Side deb with shingled blonde hair and an intrepid disposition. She was his client in the detective's first book, The Smart Set Murder, because her big sister was being blackmailed and needed clearing. The deb stuck around for all the books afterwards, and she and Mr. Rothschild made for a combination.

E.E. Rothschild had a big nose, a mountain-like blade of a nose. It was a nose, he “serenely” allowed, that was “half as substantial as my brain but only a quarter as useful.” Like many detectives of the period, he vaunted his brainpower. Hercule Poirot talked about his “little gray cells,” and Emanuel Rothschild delivered to Kim, his deb sidekick, his lectures on “that one muscle nobody wants to use. It's a big one, but that's the one they don't want. You know which one?” He might wink down at her, small eyes dancing alongside his massive profile. “Tonight maybe you're going to see,” he'd tell her, and soon enough he'd be laying before a spellbound room the solution to the murder of the “high yellow” Harlem club singer (The Cotton Canary Murder) or of the studious would-be lawyer in Chinatown (The Jade Laundry Murder).

Why was this girl driving around Manhattan with a bulky, middle-aged man in a raincoat and homburg? Sex, as a subject, was often hinted at in the books, but never as a factor between the two principals. Instead Mr. Rothschild used his chum's good looks and upper-class air as a way of impressing witnesses and getting past police. “You're allowed to be a fair-looking girl,” Rothschild would say to his pal, with what the books always termed “a considering air.” He watched others drop into her spell: a young dock foreman with a shock of red hair (The Red Shamrock Murder), an olive-skinned young waiter (The Italian Ice Cream Murder), a gallant older gentleman with a faint smell of paprika on his aged sable overcoat (The Blue Goulash Murder), another gallant older gentleman, this one endowed with quaint Latin charm and a rich smell of cured tobacco (The Scarlet Conga Murder), and many, many docile and cooperative patrolmen. “I think you have a good influence on our blue-suited friend,” Mr. Rothschild would say “serenely” to his associate as they were waved on to look at a crime scene.

She was his passport, and in return she had a chance to chase thrills, something debs were understood to enjoy. Sometimes she brought along a friend to be dazzled by Mr. Rothschild's alien ways and boisterous charm. These sessions involved displays of intelligence and arias on the secrets of Mr. Rothschild's intellectual success. The displays and explanations were most often at the expense of the friend. In fact a less friendly presenter than my great-uncle might look on the behavior as browbeating. When alone, Kim received the browbeating, which on balance took up a good deal of space in the book. It was the sort of thing where you're supposed to think it's jolly, and at a certain age you might fall for it. But looking back you think of that strange book you used to like and why a person would have written it.

My great-uncle was not a Jew and didn't know a pretty blonde. As you might expect, he was a strait-laced Protestant who lived far away from Manhattan and showed little in the way of high spirits or overbearing charm. He was an actuary who did well for himself at an insurance company in Syracuse. The company was second in its market and more likely to hire outside the approved bloodlines. Thus my great-uncle met Jews. Otherwise that sort of thing didn't tend to happen, at least not among well-off suburbanites in upstate New York.

My great-uncle wrote Wednesday and Thursday evenings and most of Sunday. A book a year for a dozen years, and he never rewrote. He was proud of that, perhaps because he worked so hard at everything else. When he wrote a Rothschild book, he sat down and sang his song. The mental discipline required by his actuarial work allowed him to sort through plot details while his fingers flew.

Back then detective stories were jaunty, the sort of fun that might be had in the lounge of a country club; if the reader didn't belong to such a club, it was all right to pretend. My great-uncle hit that note. I remember a scrapbook with a yellow clipping from The New Yorker's “Briefly Noted” section. It was a warm review of The Green Mazurka Murder and treated the Rothschild series as a recognized pleasure for its twinkling high style. In person, of course, my great-uncle didn't twinkle.

My great-uncle's time came to an end. He slowed down from his book-a-year schedule, then stopped. The last Rothschild book, The Baby Garden Murder, had Kim married to her longtime fiancé, Walter “Kip” Thurston, who was also the narrator. The experiment didn't work, and neither did the absence of the ethnic material the series had featured for so long.

The great post-war cleanup was underway. Cole Porter was re-writing lyrics that had been fun before Hitler came along; soon enough Disney would be deep-sixing certain cartoons. Meanwhile, Emanuel E. Rothschild's nose lost an inch or so in bulk and came in for fewer mentions. When an ethnic group showed up in a Rothschild book, its representative would be clean-cut and young and studying something useful.

Then the ethnic groups were gone altogether. Read The Baby Garden Murder and everyone is smoking a pipe or wearing hair ribbons; there are sweaters with comfortable patches on the elbows. The setting has moved outside the city. Now it's Westchester and young couples are having babies. My great-uncle was smart to see a topic in the early years of the baby boom. Still, he didn't especially like kids and took no interest in writing about people who had them. And he was tired. I guess he was past 55 by then.

He wrote some sort of travel book about islands off Canada or Scotland, I forget which, but it was privately printed. To be worth reading, my great-uncle needed a boisterous, self-assertive Jew looming large in his brain. It's an odd condition. I don't claim that my great-uncle's self-therapy justifies the way Jews were treated back then. But he could latch onto the mighty-nosed, mighty-mouthed E.E. Rothschild as his dream vehicle because Jews were considered so garish and unlikely, such a gaily-colored wart on the norm.

The best I can say is that my great-uncle meant no harm, and he was pleasanter to his wife because he could verbally pound away in a recess of his brain at all who resisted the mental powers of the great Emanuel Rothschild, solver of crimes and quoter of Yiddish proverbs. But the books still make for strange reading nowadays.