Take it from someone who’s made some of these mistakes before. 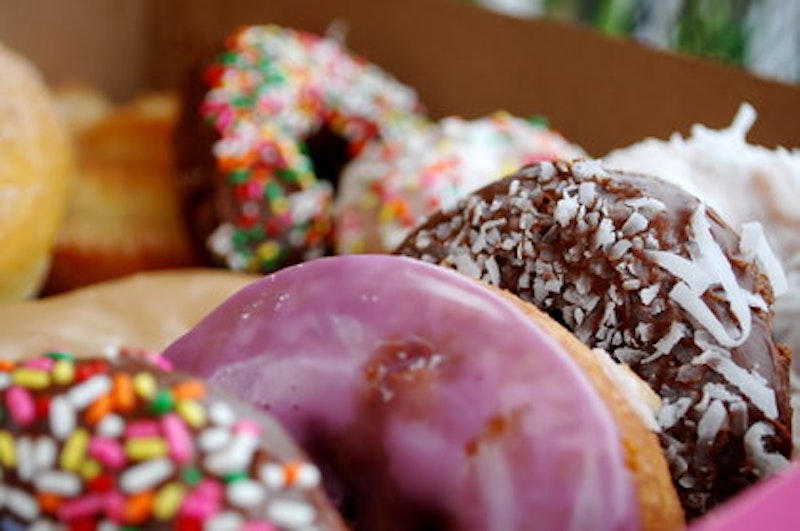 9. Pity No One. Inevitably, you will observe a co-worker receive an unenviable task or responsibility, and will be tempted to pity that co-worker. You’ll shake your head sadly, think “Oh, that poor sap.” Know that experiencing pity under these circumstances—internally or demonstratively—is roughly 94 percent likely to result in karma involving you in the unenviable task or responsibility. Take it from someone who’s made this mistake more than a few times.

8. If You’re Not Part of the Solution, You’re Part of the Problem. Disagreeing with other people’s ideas or approaches is natural, but if you have to dissent out loud, it’s best to offer constructive criticism over reductive criticism. To shorthand it: a barbed takedown sticks in the craw far longer than a legitimate recommendation. And yes, I’m thinking about a particular co-worker and a particularly tactless dismantling of a procedure, and that was months ago.

7. Talk No Shit. At least not via electronic correspondence. Not necessarily due to the possibility of surveillance by powers-that-be, but human error and judgment being what they are, your dashed off ire may inadvertently wind up in the in-box of your target or your target’s close associate. Shit can happen, and has.

6. Never Say You’re Bored. Never, ever, ever do this; also, never give anyone the impression that you’re bored, either. It’s easy to assume that other people will forget, since they’re so busy and everything, but you’d be surprised.

5. Bring in Donuts, Cookies, or Donuts Once in a While. Even the avowed office dieters will smile kindly upon you.

4. Turn Off the Ringers on Your Electronic Devices. Seriously.

3. Read, Answer, and Own Your Damn Email. More miscommunication, hernias, ulcers, blown fuses, and other unprofessional unpleasantness might be avoided if everyone set aside 20 to 30 minutes to read and respond to email messages, accept or reject meeting requests, and generally acknowledge the fact that we’re worker bees co-existing in a hive for eight or nine hours per weekday.

2. Don’t Be a Dick. This one seems like it should be fairly simple, doesn’t it? And most of the time, it is. Usually, dicks are quickly shown the door, show themselves the door, or a re-assigned into obscurity. Dickishness, typically, is less genetic than triggered—it can register more directly as bullying behavior, and people of varying sensitivities will have different interpretations, but everyone can probably agree that shit is fucked when one or more people on a conference call flat out lose their cool and start yelling. Have I been in conference calls like this? Yes. Recently? Yes. Have I been the screamer? Not just yet.

1. Thank Other People. Thank your co-workers, thank your boss, or thank everyone and anyone who helps you out or responds to an inquiry or does you a favor—especially when this support comes around in timely way. Not in an annoying or ostentatious way, but definitely say thanks. None of these people had to do what they did, and you can be damned sure that when they do these things for other people, they’re probably only thanked a third of the time. So: always say thanks. It’s good politics, it’s good business, and it’s damn good karma.