Portrait of an Eviction

What did the quasi-German man say? 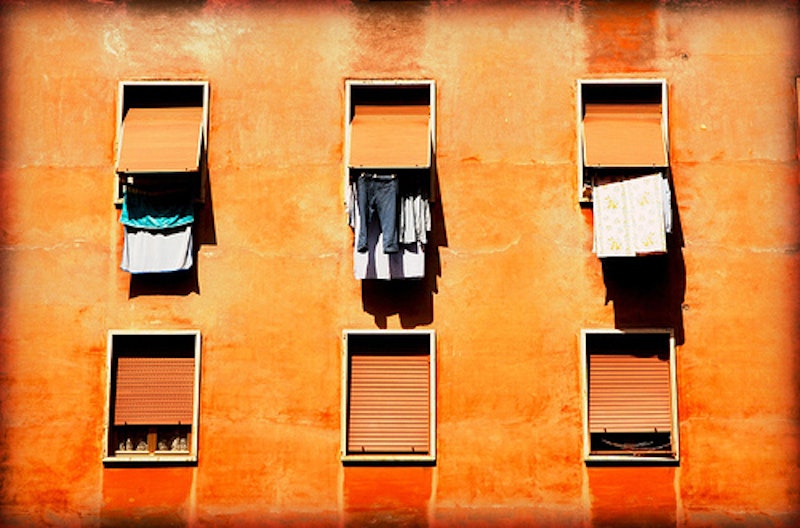 It is difficult to understand an eviction when its laid out in Yiddish and you do not speak or understand Yiddish. I will sit through any situation that is weirdly exciting. Sitting in the makeshift conference room of a Hasidic property office is not just weird but exotic. I imagine that in the non-cartoon future the technology will exist whereby all foreign language conversations in public will bear subtitles. For now I am okay with not knowing what is being said. I can pretend that the harsh plosives of the quasi-German exploding before me are actually describing lollipops and cash rebates. I am given keys to several new properties and told to take a look.

There are five rooms at 2197 Church Avenue. Two rooms contain the spirits of previously evicted tenants. Three rooms seek new souls. I can see the seams where one room has been split into two. The staircase to the roof has been cribbed from an Escher drawing. There is a red Frisbee in the combination kitchen/living room. It is the only object to sit on. There is a book by Hemingway in the corner. He would have said “no.”

It is possible that I said “no” before arriving here. I have the keys to another place in my pocket but I don’t feel compelled to reach in. I am not jarred by the idea of traveling forty minutes each way on a train, nor do I agree to unknown months ahead of a quadrupled commute time. Mostly I don’t intend to redirect a lifestyle simpatico with the bucolic qualities of families and lawns towards urban blight and modern fear.

I ride my bicycle home. At a dining room table I have a notecard that omits the last five letters. I can always think clearly with a notecard in front of me. Often times they become cranes or paper planes. Today my airplane has a passenger.

As a person I cannot fly but I do have legs. Often times those legs have served to distance me from past situations and if need be they can distance me from my current predicament. I have terrible knees but given the situation I believe it’s possible that I can run as powerfully as Forrest Gump did. If I stop for cortisone injections every few states and live off the dollar menu I can make it to California. The light now coming into the dining room of my house is not California light. There is a picture of a past roommate on the refrigerator across from me whose name I do not know. What I do know is that he lives in California and he likes mangoes. A keepsake note is attached to his photograph instructing no one to touch his mango.

The mind sharpens while physicality succumbs to the sinkhole of time. My mind is a diamond. Perhaps there is a delinquency in withholding rent and catalyzing the eviction process that is out of sync with my time. Today I will let the dominos fall. The weather is warmer now. I cannot rue the future.